Milena Rampoldi, ProMosaik e.V.: New elections in Uganda are to be held imminently. It is most likely that the  president of the country, Yoweri Museveni, who is running for his seventh term will remain president of Uganda, as usual, after these elections. However, I am not concerned about who will be the new president of Uganda, but about a possible new increase of ritual murders and child sacrifice in the country given that there is a traditional belief in Uganda according to which ritual murders and child sacrifice increase wealth, good health, and even political success. Witch doctors abduct children, and then kill them to use their body parts for malefic rituals. People simply want to get richer, more wealthy, or politically more influent. So they contact a witch doctor to achieve their goals, by paying her/him a lot of money to get what they want.

In the following link you can find an important report about this terrible practice which is still common in Uganda, and also in other African countries.

Because of corruption, poverty, ignorance, and incapacity of the authorities in the country, the phenomenon is still there.
In the report you can find examples, and cases of children abducted, killed, and heavily injured to get an idea of what goes on, and how perpetrators act.
The worst case for the children is their death. But there are other cases where children are found, and they have scars in their whole body, because blood was taken from them for a malefic ritual. What is very common in these rituals are also genital mutilations, or castrations. Other organs are taken as well.
For all children who survive this terrible practice, the consequence is a deep emotional stress, psychological disorder, trauma, and nightmares.
However, what these witch doctors, who can be male and female do, is not traditional, coming from the past, but something NEW. And this is sad.
As a consequence, this emerging phenomenon of the new rich elite contacting fake witch doctors inventing tradition must be opposed to with all means by the government of Uganda, by the international community, and by all human right activists all over the world, and in particular by all of us a human beings.
The legislation in Uganda is not adequate, and must be innovated urgently.
The State of Uganda has to introduce new laws to fight child sacrifice, and ritual murders in the country to protect the children. 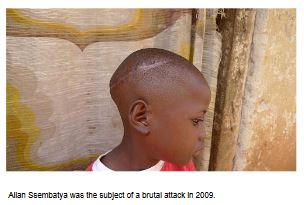 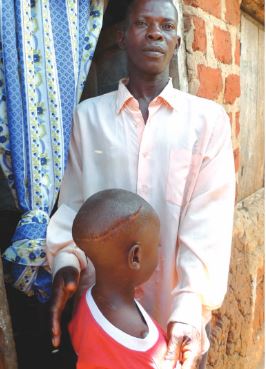 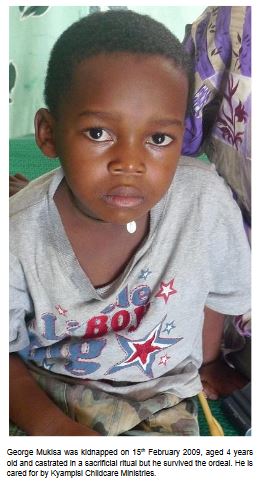