×
Obama has essentially replaced Kerry with Nuland to direct policy in Ukraine. Kerry’s 4 hour meeting with Putin in Sochi has been negated by Obama’s statements at the G7. If the neocons have their way, war with Russia will result.
By Steven Starr, on abolition-caucus
Thus the US continues to back the neo-Nazis running Ukraine, arming and training their soldiers, who continue to shell the cities of Donbass in the euphemistically named “Anti-Terrorist Operation” (ATO). In reality, the ATO is *ethnic cleansing* aimed at the millions of ethnic Russians who live in this region. 2 million have fled, the cities have been destroyed, thousands of civilians are dead, tens of thousands wounded. This is what the US has funded, supported, and directed.
Supporting Nazis is a fundamental betrayal of the ideas and principles that once made the US into a nation admired by the peoples of the world. We have destroyed that with our endless wars and now this utter travesty.Under US direction, Ukrainian Armed Forces are now being built up not only on the borders of Donbass, but on the borders of Transnistria, where 150,000 Russian citizens live and 4 battalions of Russian troops are stationed, to keep the peace and to guard one of the largest arms dumps in Europe, which contains hundreds of tanks, heavy artillery pieces, enough to equip an army. A blockade of Transnistria has been put in place by Moldova (allied with NATO-member Romania) and Ukraine, which has also placed S-300 antiaircraft missiles on the Transnistrian border, to shoot down Russian planes attempting to run the blockade. A breaking point is approaching.
I recently wrote that “war is coming” and had a reply from someone living in Donbass, who reminded me, “War is HERE”.
This video reflects the feelings of the people of Donbass, who have come to hate us. Do we care? After all, they are Russian sympathizers. 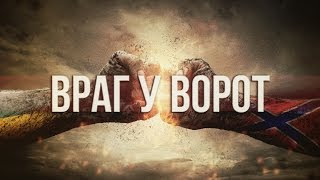