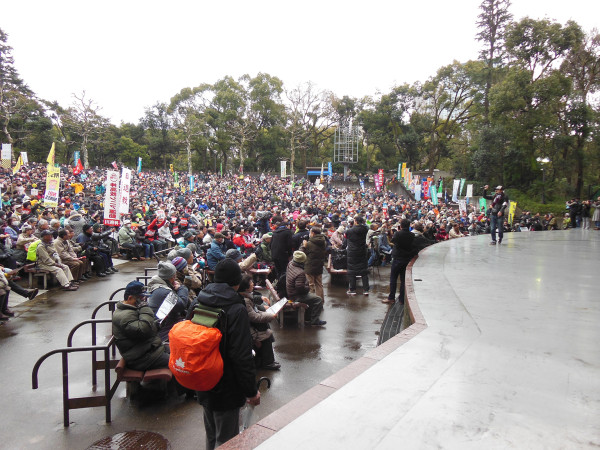 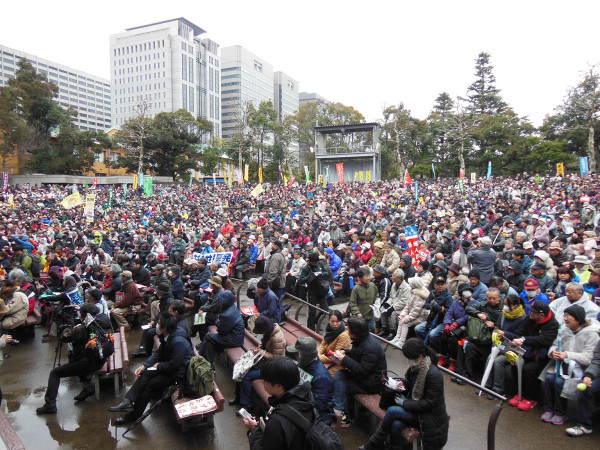 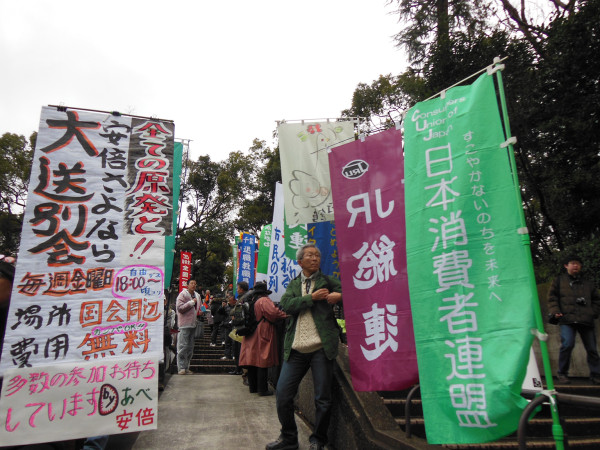 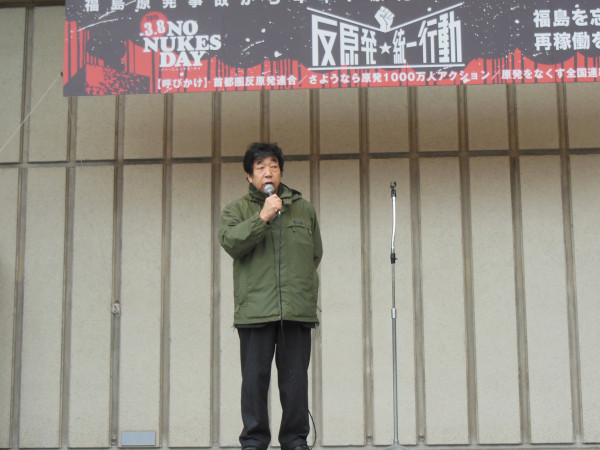 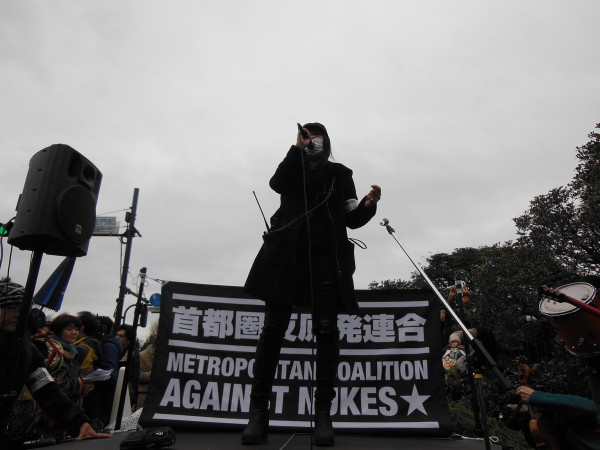 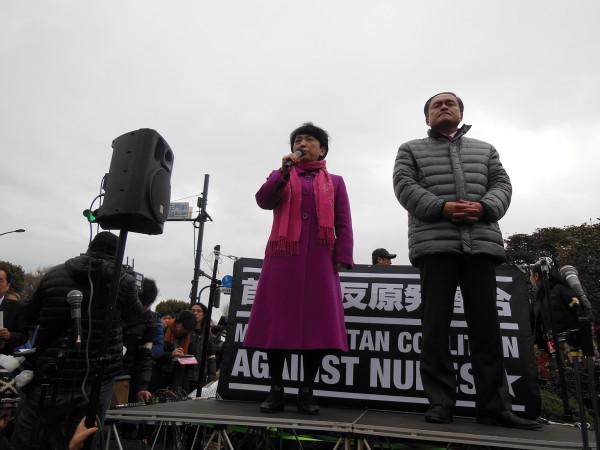 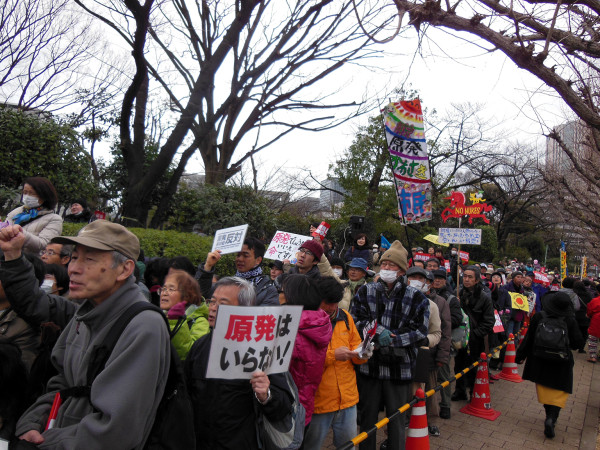 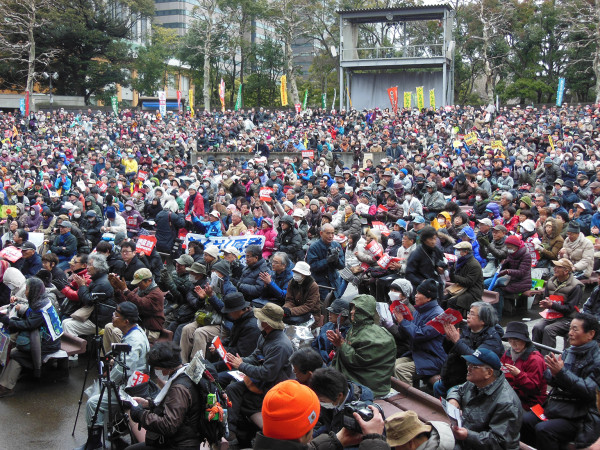 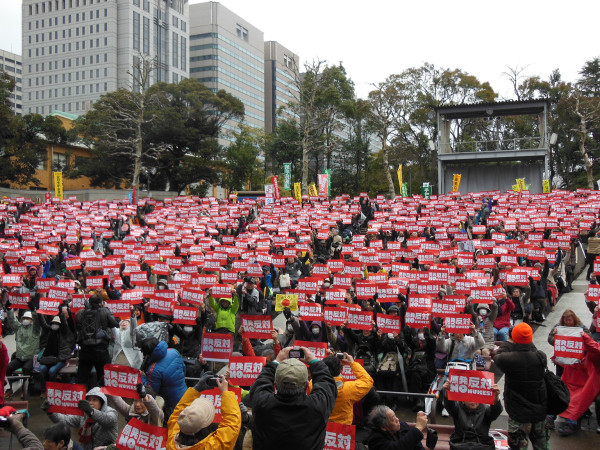 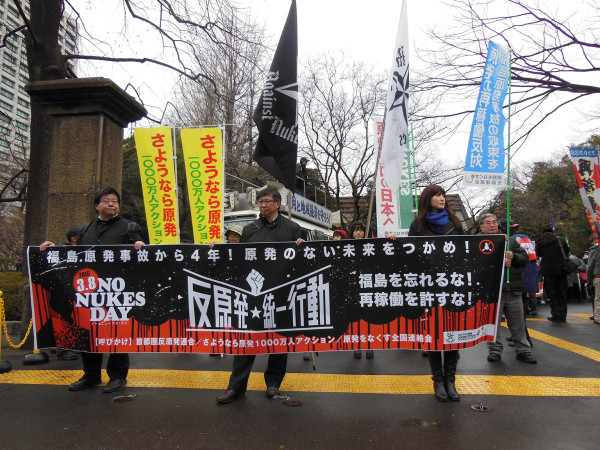 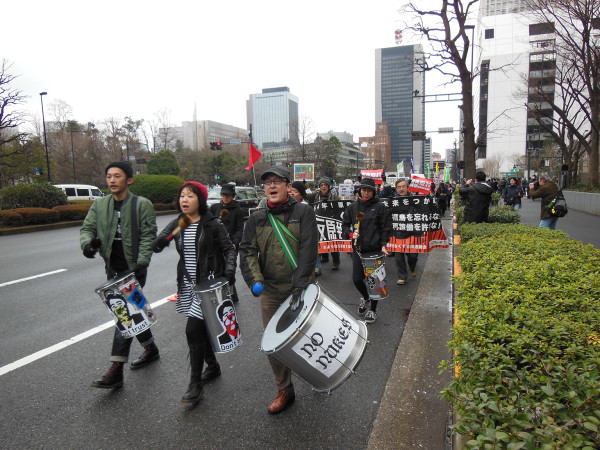 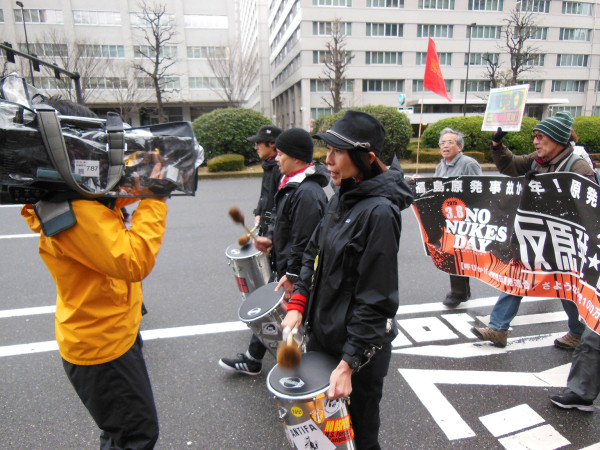 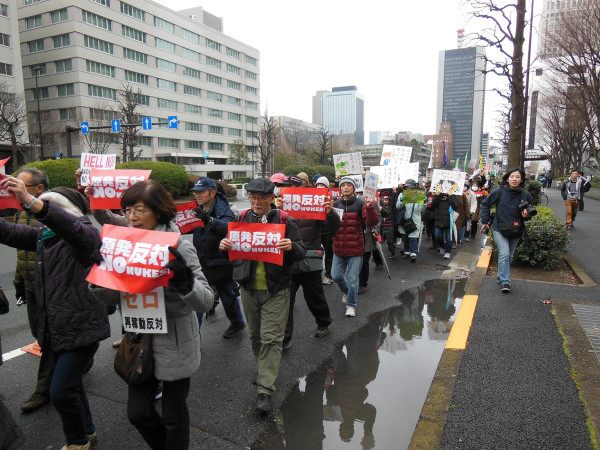 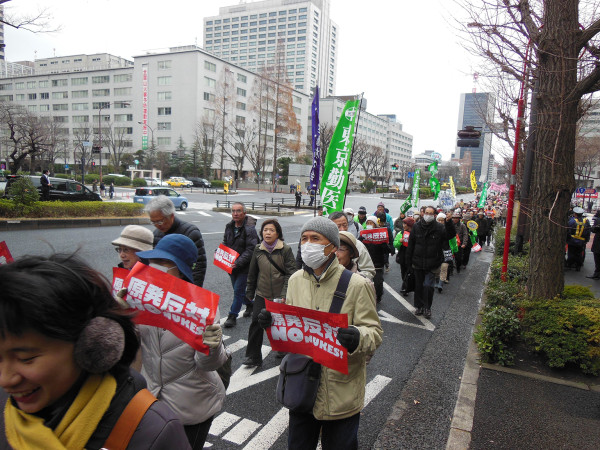 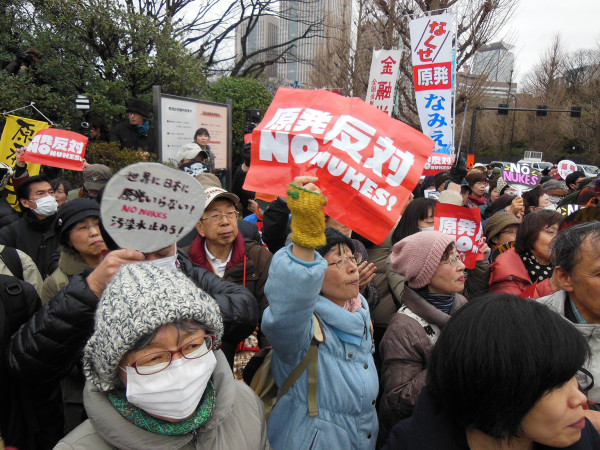 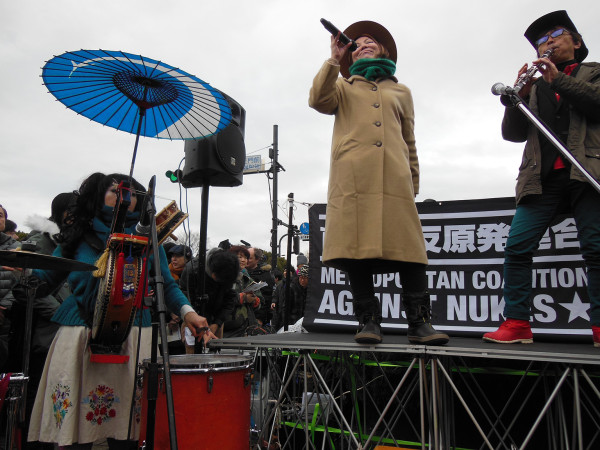 This Wednesday, March 11th marks the 4th anniversary of the Great Eastern Japan Earthquake and the Fukushima nuclear disaster in Japan. Over the weekend, prior to its anniversary, many memorial services and public ceremonies were held in northern Japan, the region hit hardest by the tsunami, as well as in cities across Japan.

In Tokyo, several civic groups organized a large public rally and a march on Sunday, March 8, and 23,000 people participated. They named the day as “0308 NO NUKES DAY,“ with a slogan of “Unified Action Against Nuclear Power! Remember Fukushima & Halt Restarts!” The first program of the day started with some music performance, and a series of guest speakers from various regions took a microphone: Takashi Nakajima, the lead plaintiff of the class-action lawsuits against the government and TEPCO power company, and Toyohiro Akiyama, a former astronaut and a local farmer-journalist, both from Fukushima spoke of their frustration over the slow progress of recovery efforts by the government. They also spoke about the environmental risks imposed by the leakage of contaminated water and the harsh working conditions of those repairing the nuclear plant. Other activists and abolitionists of nuclear power also spoke. After the speeches, the mass started their 2-kilometer march to the National Diet Building

Under the heightened security measures by the police department, the marchers walked orderly but the traffic restrictions were enforced near the diet building. It forced the marchers to break up and they ended up surrounding the building in a few lines. Many were not allowed to congregate near the building gate area where another program was scheduled. There, more musicians performed, followed by speeches made by the members of parliament, such as Naoto Kan, a former Prime Minister of Japan, and Kazuo Shii, the Chairman of the Japanese Communist Party. Many other politicians also joined and each spoke and stood their ground on “Genpatsu Zero – No nuclear power” campaign.