By Nikos Stergiou, World without Wars and Violence, Greece

Last night was a different one in Athens. People were not used to this kind of attitude from the police, the media, the European people and the Greek Government itself.

After more than 4 years since people gathered at the central square in Athens, in front of the Greek Parliament and were beaten brutally by the police, now they are her again at the same place without police or even barriers.

Surprise! Nothing bad happened. Around 15.000 people were there, in a way to support their government that at the same time, was trying to convince the members of the Eurogroup, that Greece cannot stand any more austerity measures.

You could see young and old people, even children, last night, under the light snowfall, talking, singing and holding signs not only for the government, but (once again, just like 4 years ago) for their lives.

The important detail was that one more time, the majority do not believe that this is a local thing, but a European one. And they all try to mention also that this system is not working. They did not have any specific answers to give you, except that “things should work with the direct participation of the people, direct democracy for all”, something that could be seen also on a big sign in front of the Parliament. “We need a more Human Europe” and “This is our chance” where also some of the slogans people used.

Maybe this is something more in common with the rest of the people in Europe, and not with the governments: the importance for the people to be heard about their basic needs. 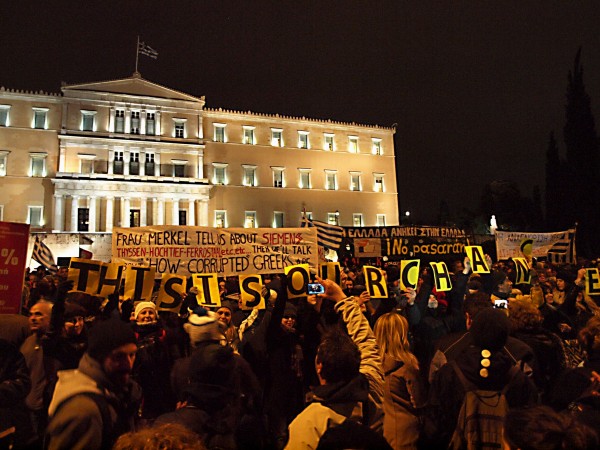 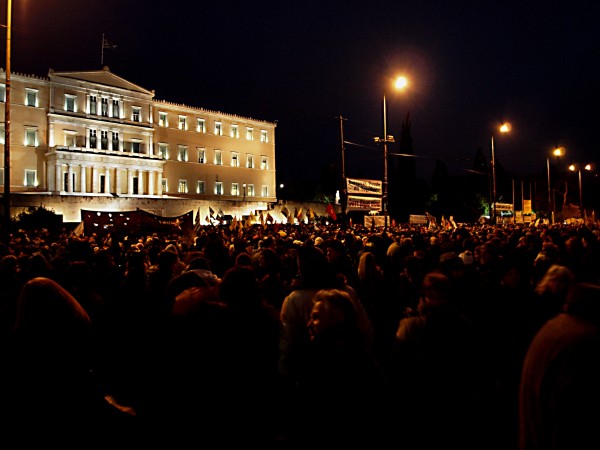 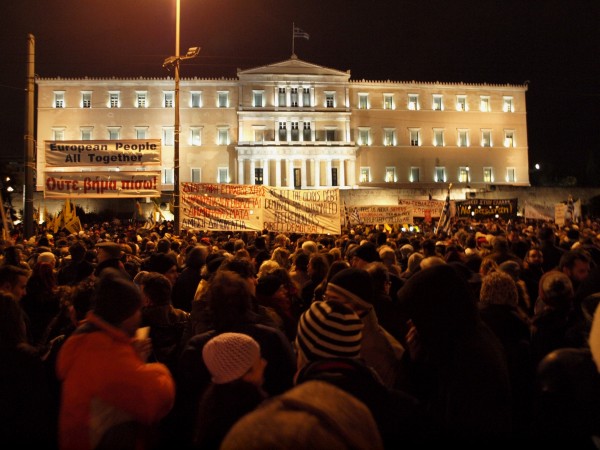