The long chain of snowy peaks hugging a diverse America, Andean mountains conjugated in endless hues; from within those mountains, like a treasure to be discovered by humanity, a spirituality is being born, infecting bit by bit the entire spectrum of human cultures. 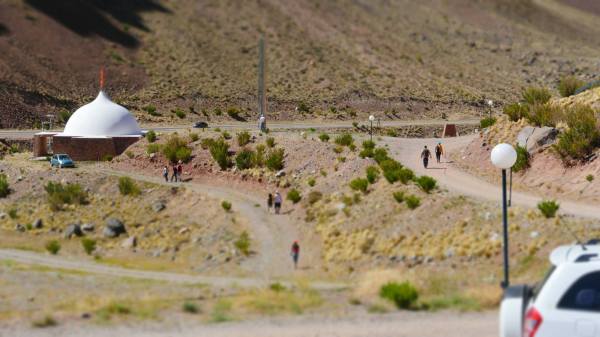 It’s the spirituality inspired by Silo’s Message* and on this 3rd and 4th of January hundreds of “Messengers” gathered together in their historical home of Punta de Vacas – the mountainous outpost between Argentina and Chile – where everything started with that first public speech given by Silo on the 4th of May 1969. On that spot today you can find the Park of Study and Reflection, Punta de Vacas, serving on this occasion as a meeting point for Siloists coming from distant latitudes. Pilgrims have come from several points of this American continent: the United States, Mexico, Colombia, Ecuador, Brazil, Bolivia, Paraguay, Uruguay, Chile and Argentina; from distant Europe have come people from Spain, France, Italy, Germany and the UK; you can even see others who have come from Mozambique, Africa. 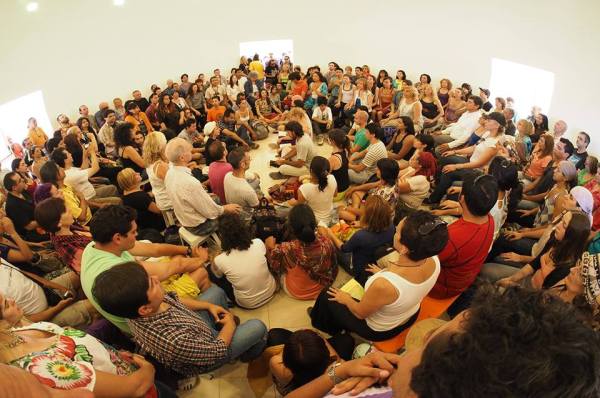 Siloists met to share wellbeing ceremonies and services, to interchange about matters such as transcendence, the religious feeling, meaning in life, to meditate about “The Path” and the different forms of help for others with this Message such as the missions that are being carried out in India, the USA, Guatemala, the northeast of Argentina, Bolivia, Peru and throughout Brazil. 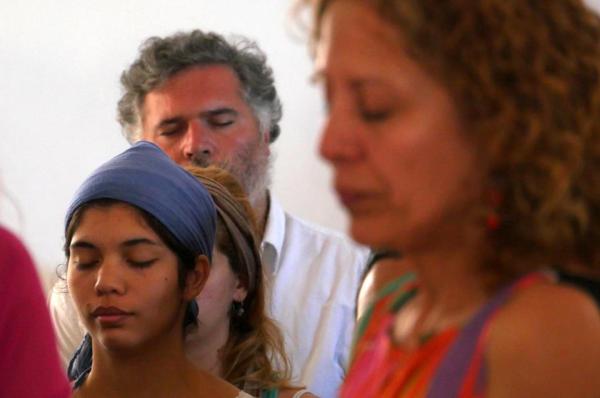 It’s not by chance that this spirituality is gaining strength in this delicate historical moment that humanity is experiencing: a world besieged by violence, the clash of cultures and religions, economic and financial powers subjugating entire peoples, the possibility of a Third World War this time with nuclear weapons capable of turning the entire planet to dust. 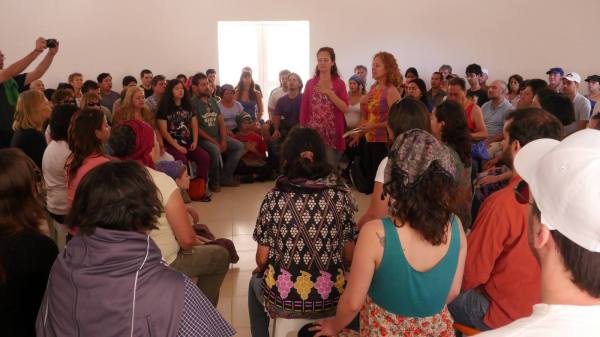 It’s the spirituality that today is being felt in the heart of the Andes, imposing Aconcagua, and which gently resonates in anyone who is seeking meaning, joy and hope for a future change that, since the beginning of history, has always been there nestling within good men and women.

* The Message given by Silo in July of 2002 consists of three parts: The Book, The Experience, and the Path. The Book has been known for some time under the title The Inner Look. The Experience is proposed through eight ceremonies. The Path is a collection of reflections and suggestions. This edition contains the Message in its entirety. It circulates in both printed and electronic form. The original version can be found at www.silo.net.

Iván Novotny
A graduate in Communication Science from the University of Buenos Aires, Novotny is an editor of Pressenza in Argentina.