At times the wind blows strongly in Punta de Vacas. In every blast the harmony shared between the educators who had come to attend the Third International Gathering “Towards Humanising Education” grew stronger. That strength of the Andean winds that descend from Aconcagua drove the projects that grew from aspirations to generate this hoped-for change in the paradigms needed in today’s education. Intentional learning is the path; the future human being, a free and nonviolent human being, is the goal. 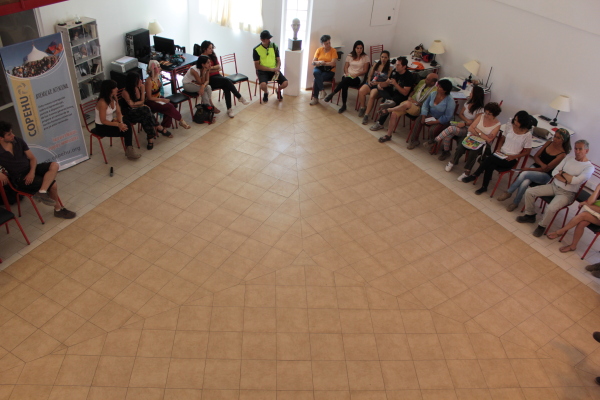 Last Friday, 9th January, the Third International Gathering “Towards Humanising Education” started in the Park of Study and Reflection, Punta de Vacas, located in Mendoza province on the border between Argentina and Chile, organised by the Universal Humanist Current of Pedagogy (COPEHU in Spanish initials). During the opening, everyone there spoke about their experience in the field of education, what was their interest in being there at the encounter and their aspirations to transform education. 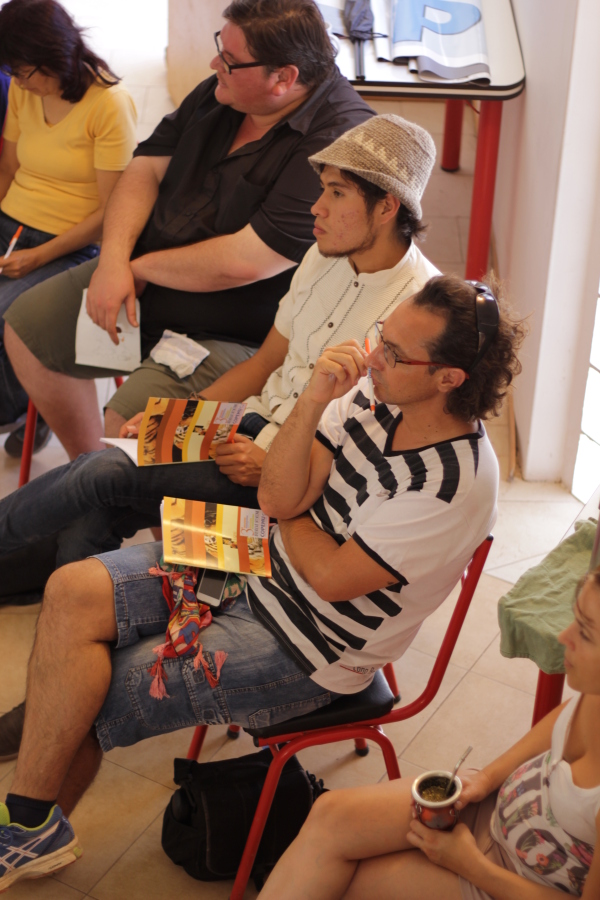 The teachers from primary and secondary education, teachers in science, art, bodily expression and special education and parents arrived from places as diverse as Chile, Argentina, Brazil, Mexico, Bolivia and Spain in order to strengthen this common resonance and interchange with others who have the same vocation for a humanising education system.

Yussell came from Mexico where he works as a graphic designer in UNAM: “Just two months ago I found out about Silo’s Message and COPEHU and I come with a thirst, like a sponge to absorb everything that I can get from here and bring it to Mexico because I am very aware of the atmosphere and the climate that there is in the University, so I come very keen to take certain changes there.” 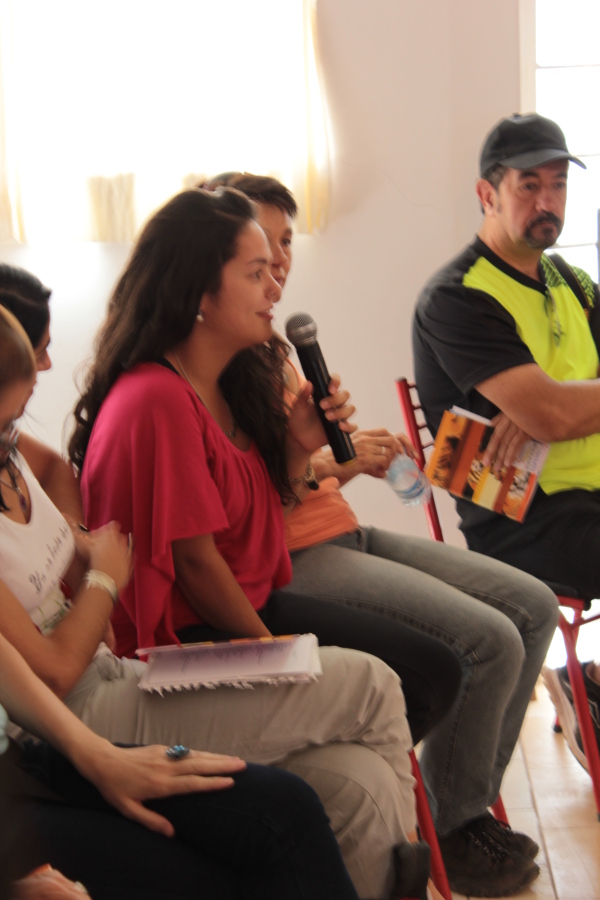 Rocio came from Rosario, a psychologist: “One year ago I came to this park, to get to know the experience and really I had these images of wanting to change the world. I studied Psychology, I found my vocation in this, and it’s the environment in which I want to express myself in the world, and so like a signal that I still don’t understand how, I saw an invitation to the second gathering of COPEHU, and I was sure that I had to come, and I came and I stayed and I will stay. Because this is where I find meaning, and that’s why I want to thank everyone and learn, and I never cease to be surprised by the immensity of the intention.”

There were numerous activities in the first few hours of the gathering. In the mini-cinema at the Study Centre the first book by COPEHU, “Preparing the path for the new times, a humanist regard on learning” was presented by Sabrina Di Tomaso, Kity Goyena and Andrea Novotny. The work consists of two parts: a contribution for a theory and practice of intentional learning, and a description of retreats that were held with children and young people in the Parks of Study and Reflection, developing a theory that sees the human being as an active and transforming consciousness. The book is based on the work “Pedagogy of Intentionality, educating for an active consciousness” by the Chilean Professor Mario Aguilar, who was also present in the gathering, and the Chilean teacher Rebeca Bize. 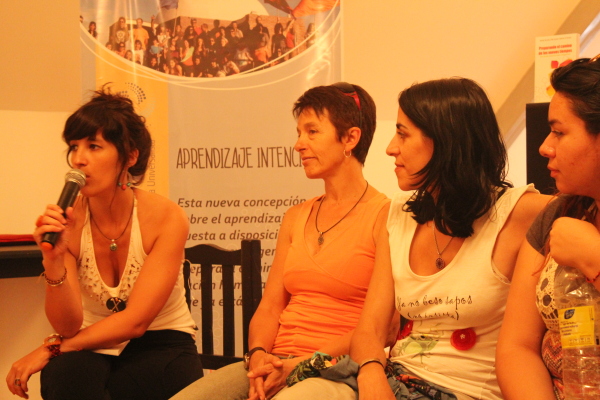 Each author spoke about a different aspect of the book. Novotny explained how it came about, her relationship with Silo’s Message and spirituality, and about how to create ambits for contact between one’s inner world and one’s mission and vocation. Di Tomaso spoke about how she built a team that held retreats with children and young people and the way in which they corroborated or refuted the proposed hypotheses. She also explained the process in which adults also learnt from the children during the gatherings with the development of self-learning and self-regulation. In turn, Goyena thanked the parents that brought their children and had the confidence to go on inter-generational retreats and workshops. She also spoke about the tools that were made available to the children and the work with fire.

Later on, Friday and at the beginning of Saturday there were several workshops: a presentation of a the Manual for Transforming Education prepared by humanist teachers from Mendoza who organised experiences in the town of Las Heras and developed one of these activities: the workshop about Virtues with educators. 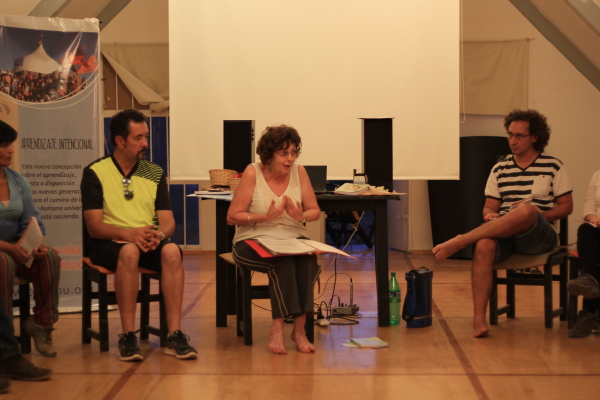 And at midday on Saturday, in the Meditation Hall there was a session of meditation on the meaning of life, the possibility to help others and disinterested giving, and a work with the inner force. Wellbeing ceremonies were held, asking for the improvement of life for oneself and those close to one. 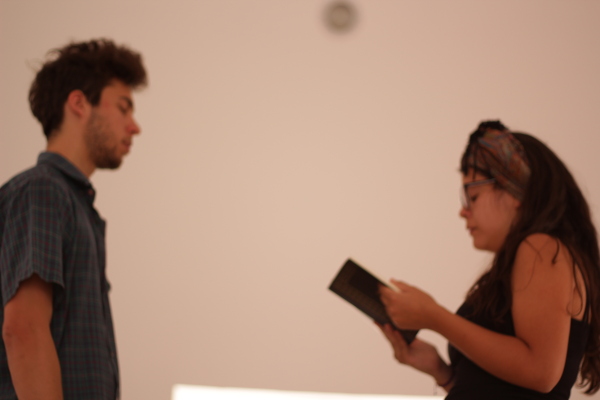 On the second day there was a workshop called “Learning through play” organised by two teachers from Santa Fe in Argentina, Verónicas Ardanza and Andrea Márquez, in which they recreated the spaces for play which aim to generate an educational ambit for learning from a different dynamic. 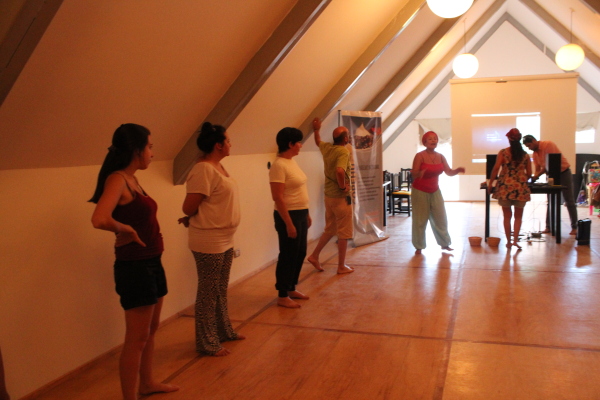 Teacher of Physical Education and Body Expression, Gustavo Llanes, held a workshop “the challenge of improvisation” in which they built shared meanings through interaction with the participants.

Llanes finished the activity with a reflection. “If a political generation is defined by thinking about a common problem, then COPEHU forms part of that generation. The first generation that is thinking about the production of what is common in Education outside of school ambits. Research, retreats, books and presentations connecting effective experiences invite us to think that outside of the classroom we know we can also teach and learn. We have recently started to perceive the strength of these constructions.” And taking a Toltec saying, “It’s the task of some to start, it’s the responsibility of all to finish.” 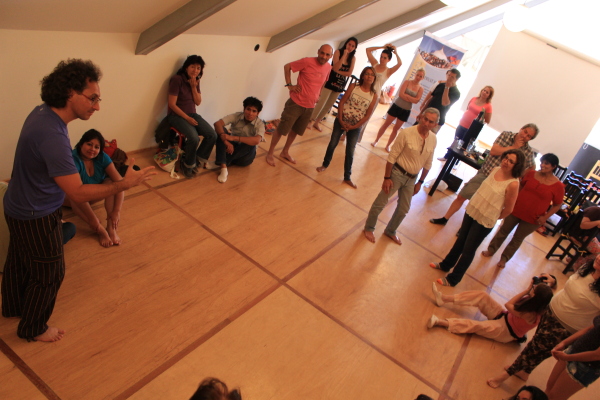 The programme continued with interchange sessions, summaries of activities by the COPEHU teams from each country and more experience workshops.

Iván Novotny
A graduate in Communication Science from the University of Buenos Aires, Novotny is an editor of Pressenza in Argentina.