«In Nahr el-Bared we lost our house, in Palestine our home»

Nahr el-Bared is a magical place. I felt a strong connection with it as soon as I stepped foot there, or even before, when I was asking for a permit to enter and I couldn’t understand why it was so complicated. At the end I got it, and after I entered I kept asking myself why. Nahr el-Bared is surrounded by the Lebanese army, you can access it only by passing through its five check-points, and if you aren’t a Palestinian or a Lebanese you need a permit. Security reasons they say – a sentence that I have been listening to for too long – although it’s the most peaceful camp that I visited in Lebanon.

The war of 2007, a severe conflict between the Lebanese Forces and the group Fatah Al-Islam, destroyed 95% of the camp and, according to UNRWA, around 27,000 Palestine refugees were displaced from Nahr el-Bared and its adjacent areas. The camp was pounded with heavy artillery and aerial bombardments during the three-month siege. Almost all of the buildings and infrastructure in the camp were either destroyed or damaged beyond repair, forcing residents to flee to nearby Beddawi camp. Seven years later, much of the camp remains uprooted.

Nevertheless people are still trying to rebuild their lives and they go on facing life with a smile. In Nahr el-Bared I met wonderful people and I felt part of their community for a little while. It was beautiful. They taught me the meaning of the sentence “keep your smile” and I learned it.

In Nahr el-Bared I met Lebdewah and I immediately fell in love with her. She is beautiful, wise, strong, funny and intelligent, as well as ironic and sweet. She likes to sit on a doormat under her veranda in the afternoon, drinking coffee and chatting with her daughters and neighbours. One night in her house I had a great conversation with her and her daughters. She told me about the life she led which was so hard and difficult, she taught me about the strength needed to go through all the things that happened to her. She gave me a lot of energy and hope for the future.

She lives in Nahr el-Bared with her two daughters in a house near the sea. She received me in her house like I was a family member. Her daughters were so nice and protective with me and during a conversation about Da3sh (ISIS), they said: “If anything happens we will protect you, you will come to our house and you will be safe here; we will beat the Da3sh if they come”. Every time that I went to visit their house I laughed so much with them. Lebdewah was silent most of the time, she was only speaking when she had something wise or important to say but her daughters liked to talk and chat. It is a beautiful family. I perfectly remember the night that Lebdewah told me her story because I realised how essential people like her are in the world. She is wise but also emotive and she could barely choke back tears while talking about Palestine.

While her daughter were serving khawa (arabic coffee) to me and a hot ginger drink to my friend, Lebdewah told us the story of her life, and how she turned up from Palestine to North Lebanon – her daughters, jokingly, still blame her for that. We all sat on the doormat in circle around her, listening to her story carefully.

This is her story:

«My name is Lebdewah and I was born in Zib, a village between Nahara and Akka in the North of Palestine. Life over there was beautiful, we had our land, we had our sheep, we were working the land, it was a simple and beautiful life. I came to Lebanon after the Nakba in 1948 when I was 15 years-old. I was pregnant at that time. A few days before the Nakba, we heard about the massacre of Deir Yassin village, where houses and streets were bombed and people killed – including pregnant women. Our village was still safe, but after a while they started bombing us too. Bombs were all over us and we started escaping, moving like crazy, in different ways, with no direction, we didn’t know where to go.

We started walking toward the Lebanese border and it took three days to get to Tyre, our first stop. Aircraft were flying over our heads all the time and we were hiding between bushes and trees. They were Israeli aircraft as the British had left already. We were also sleeping under the trees at night. Once at the border I was so scared and my pregnancy was too advanced that I delivered my baby over there, under the trees. When we got to Tyre we knew that we were not going back to Palestine, the U.N. started giving us food and tents to sleep in and after nine months in Tyre we moved to Bekkaa, near Syria. Then we went to Nahr el-Bared refugee camp were we slept in tents for five years.

Around Nahr el-Bared there was nothing at that time, no houses, no streets, it was a mountain land, with no lights. During the night we were afraid of the wolves as they used to come toward the camp. We used to sleep with the tent open in summer but one night while I was sleeping with my son a wolf came near our tent and we were so really scared. A dog drove him away, but after that night we started closing the tent. It was also difficult during the storms and there was no electricity, therefore we had to make fires to cook and produce light. Besides, we had to walk for a long way up to the mountains to get wood. We have been five years in this situation. Day by day the situation changed but it got better. We were given sugar and flour from UNRWA, they helped us a lot. Now the situation is much better, but we went through hard times in Nahr el-Bared too. Like in the 2007 war.»

One of her daughters sighs and says «Oh my God, the war, I was the first one who left the camp during the war, I was so scared that I couldn’t even breath.» And the other daughter replies wisely: «The war was terrible, in Nahr el-Bared we lost our house, but in Palestine our home.» Then Lebdewah goes on telling about the 2007 war. «When I left Nahr el-Bared because of the war, I thought it was my second Nakba, it reminded me of when I was forced to leave my house in Palestine. This time I took with me food, bread, because I was sure I was not going to go back to Nahr el-Bared either. I would have preferred not to leave the camp, but I was forced to. Now, seven years later, I am still waiting for my house to be rebuilt, and I live here, in my son’s house with my two daughters. We have been lucky to have a family member that helped us.

Lebanon never treated us in a good way, I never felt at home there, they call us refugees, not Palestinians, we are like ghosts with our tales. They forced us to come here but the Lebanese government never cared about us, while as Palestinians we have been dealing with them for these few years. It took a long time for things to get better, month by month. Government was better then people anyway. It’s a miracle that we are still alive after all this.»

It was 11 p.m. when we left Lebdewah’s house and after talking to her I was so confused that I forgot to ask her to take a picture together. I had that mixture of feeling that I couldn’t describe for a long time: sadness, rage, desperation but also happiness and hope. Meaning of life and future were two things which I interrogated myself about after I met her. I felt like I was in the right place and in the right time that night with her. And I don’t need a picture to remember her and those feelings.

Palestinians exist, they really do. In spite of all the efforts that Israel and Western governments do to erase their lives, their culture, their memory. In spite of all the efforts that Lebanon did to make their life a hell and to make them feel they were in a prison – and Nahr el-Bared is a prison. Lebdewah’s memories will live forever and will break barriers and sieges. Palestinians will never give up their struggle and they will always have people on their side. I took my side. And I will never step off. 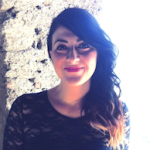 Irene Tuzi
Irene Tuzi is a translator and freelance journalist. She has a degree in Modern Languages and Cultures and approached the Arab World and the Middle East only after. In particular, she is interested in the issues related with the Arab-Israeli conflict.