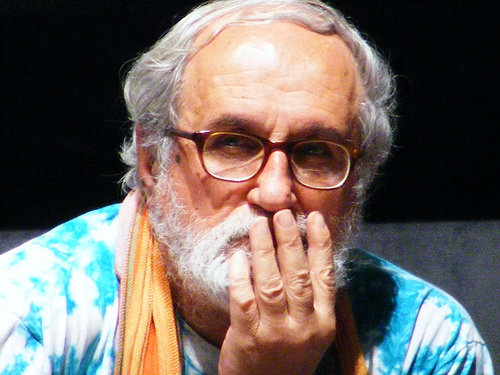 Alex Zanotelli is an Italian priest and a Comboni missionary, the founder of several movements that promote peace and justice in solidarity. He is also one of the promoters of the Arena of Peace and Disarmament which will take place on April 25 in Verona and which will bring together the entire peace and nonviolence movement, both secular and religious, and those promoting solidarity and volunteerism, in a day of resistance and liberation. Pressenza is among the sponsors and media partners.

Yes, it’s true.  Themes like Peace and Disarmament are not on the agenda in either national or international politics. In fact, there is more Rearmament and War on the agenda. And this is due to the bad way the world is ordered, where just 20% of the population consumes 86% of the world’s resources. For this to happen it is necessary that this 20% of the world’s population is armed to the teeth (1,752 billion dollars in military spending in 2012) and make war more cruel and ferocious. So it becomes important for us instead to talk about disarmament in order to have the possibility of peace.

Peace seems to have been polluted in recent times by opportunism and humanitarian wars used as an excuse to impose things by force. How do you read this pollution?

It’s true.  Today, the language of peace is precisely “polluted”. There is talk of “humanitarian war”, with “peace missions”, wars against dictatorships to export our democracy… It’s just the mystification of the word “peace”! By now this lie has become the truth.

What can everyone do, day by day to feed peace, disarmament and nonviolence?

Peace will come when everyone strives, every day, to build it in their daily life. First of all, in their interpersonal relationships, in their family and in their neighbourhood, in dialogue and in mutual forgiveness. Then in efforts to promote a culture of active nonviolence and new lifestyles. And finally, promoting a culture of peace by rejecting the way of weapons and war.

Translated from Italian by Irene Tuzi