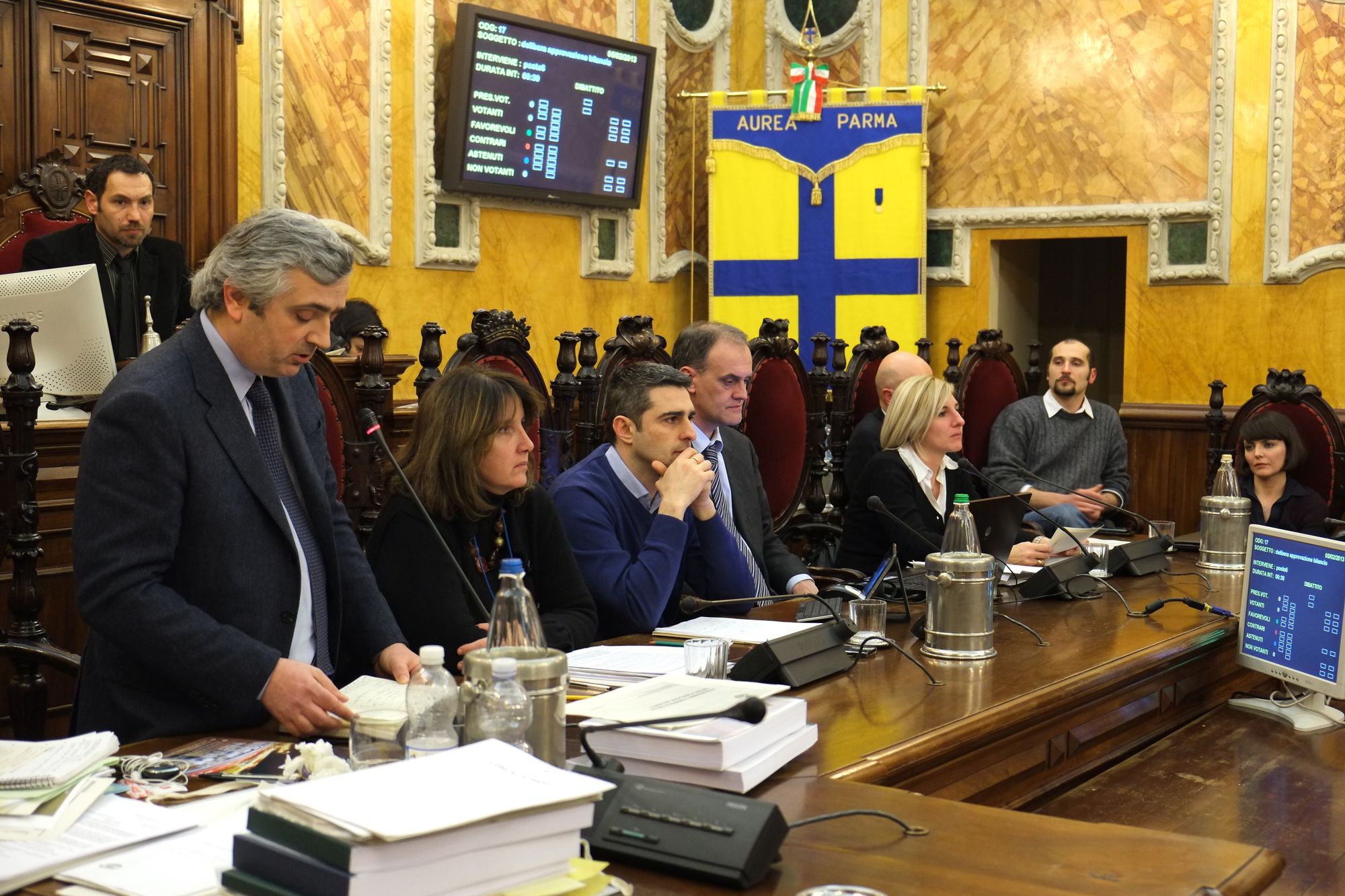 photo by Town Hall of Parma

On the 25th of May 2012, Federico Pizzarotti was proclaimed Mayor of Parma, the first mayor in a big city who was a candidate from the “5 Star Movement”. The youngest mayor of that city, and as stated in his official biography, one of the founders of the “Movement for Happy Degrowth” and for a long time involved in culture, in social works and in sports. There was a big fuss at his election and the spotlight of the corporate media was pointed at Parma, saying everything and its opposite. Then, as with the mainstream media, the troublesome mayor was rather forgotten…

Mr. Pizzarotti, are you happy that the media circus has forgotten about you and Parma?

If for media circus you mean the constant presence of the national TV, then I would say that Italy has not forgotten about Parma. At least once or twice a week some national news always comes out. You have to get used to it. Surely we would work with more peace of mind if there was not all this attention.

Your Council has been in power for a year. Let’s take stock of the situation: what did you achieve, what is left to be done?

In spite of the great debt and the crisis of confidence in politics, derived from the arrest of the former mayor and the council, the balance is positive. To sum up, we took over the special commissioners at a time when the opposition was determined to require some procedure in a moment of pre-economic collapse. We have taken up the challenge, and we did well. Not only have we been able to avoid disruption, but we closed the year before all the other municipalities, with a surplus in the bank of 16 million euro. In addition, we have reduced the total debt from 840 million to 200 million euro. The work ahead is still long, but on the whole we are satisfied.

You are part of the “Movement for Happy Degrowth”: what more can a mayor do to implement the ideas of decrease? What are you doing in Parma?

First of all, the changes can not happen overnight. It takes time, perseverance and above all the will to make a new driving culture. Some examples of happy degrowth that are immediately applicable are the social vegetable gardens, the markets with local products only (we have already opened two of these). For some others, however, we need more time: we can and should give people the tools for a new type of cultural social paradigm, which is precisely degrowth. Degrowth means to give more value to intangible assets, those that produce well-being, and to give less value to material goods and consumer goods.

The participation of citizens is a strength of the “5 Stars Movement”: What are you doing in order to encourage this in Parma?

We are doing a lot, compared to past administrations. Within a year we promoted more than 40 public meetings in which the Council and citizens discussed together the problems in Parma: general degradation, security, the housing policy, the environment and much more. The idea is to restore confidence to the city, lost after a period of mismanagement, and which effort has settled even the shadow of corruption. Participation is a good antidote for democracy and for gaining trust in the institutions.

I believe that the real politics should restart from the base of society. Do you agree with this statement? Should we, for example, give more power in the territory to the districts and regions?

As I said, I agree on restarting from the society itself. The engines of development of a city are its citizens, that is why we are promoting a long process of grassroots democracy. It is a policy that cannot be implemented overnight, because first of all you have to knock down a limiting cultural factor – the idea of always delegating to “others” the care of our community.

What happens when you become mayor starting with a living reality? Has something changed? How do you feel as Federico Pizzarotti in this role? How do you read it?

Compared to before, my life has definitely changed: I deeply feel the weight of responsibility and try to read the role of mayor with civic and institutional-mindedness. The role of the Square, which has been until now the 5 Star Movement’s role, has turned into a proposal and a government role. This, however, did not change our ideas.

At an international level, many look with interest to what happens in Italy, to what you are trying to do: do you want to send a message to these people?

A very simple and straightforward message: you can change things, but everyone has to take up the challenge and do his or her part in this society.