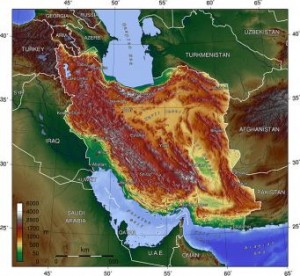 Israel may prefer an attack with the USA (Romney? Obama after elections?), but may go alone. Some people believe the nuclear bomb story, others believe that the purpose is Israel as a Jewish state from the Nile to the Euphrates, also promoted by Netanyahu’s late father. The two stories do not exclude each other.

Iran is a Shanghai Cooperation Organization-SCO observer. An attack will trigger responses from the Russia‑China core. What Israel may gain in Saudi Sunni support they may lose in more important parts of the world, in diplomatic and economic relations. The SCO is huge.

There is also the real danger of a world war of NATO against SCO, with nuclear powers divided 4‑4; USA‑Israel being indivisible as they came into being in the same way: by taking somebody else’s land.

Iranian devastating responses will come before decapitation. However, could those heads be well protected having alternate systems?

Maybe decentralized in 31 regions? Israelis are clever at destructive work, but may also be underestimating their enemies.

On the other hand, they seem to have no qualms about plunging the region and the world into a holocaust far beyond what they suffered themselves.

Israel would be wise to consider an old Jewish proverb: “The best way to get rid of your enemies is to make them your friends.” Bombing Iran would win Israel no true friends, neither in Iran nor the rest of the world. It would only ignite Iran’s desire to develop nuclear weapons, with full understanding from most of the world.

Of course, the Iranians should prove themselves by opening their nuclear facilities to unimpeded inspections by the International Atomic Energy Agency-IAEA. But the Israelis should do the same. The double standard, “We have a right to possess nuclear weapons, you don’t.” is untenable.

Uri Avnery, in “A Putsch Against War (May 2012) writes: “‑‑In our country we are now seeing a verbal uprising against the elected politicians by a group of current and former army generals, the former foreign intelligence chief [Meir Dagan, Mossad] and the former internal security chief [Yuval Diskin, Shin Beth] who condemn the government’s threat to start a war against Iran, and some of them condemning the government’s failure to negotiate–peace.“

“Stop, Turn Around, You Are in Grave Ganger!…”

Some call anyone who criticizes Israeli policies an “anti‑Semite” or a “self‑hating Jew”. Are they all in that category? Who is a better friend when someone walks with a blindfold towards an abyss: he who says, “Go right ahead, you are on the right track”, or he who says, “Stop, turn around, you are in grave danger! “Do not turn attention away from Israel’s real crises!! (Peter Beinart in “The Crisis of Zionism”, Gershom Gorenberg in “The Unmaking of Israel (2011)”.

Rather, a Middle East nuclear‑free zone that includes Iran and Israel. 64 percent of Israelis are in favor; like in Iran, provided Israel participates. Negotiate an agreement of that type and there would be a sigh of relief all over!–and both countries would be embraced.

The background is a 1953 CIA‑MI6 coup that ousted Iran’s democratically elected Prime Minister Dr. Mohammad Mossadegh and brought in a 25-year Shah dictatorship.

Apologies might go far toward solving the “nuclear crisis,” which will get worse unless a miracle happens. But such miracles do occur, also in the UK. Thatcher’s approach was to send British troops to Northern Ireland, refusing to talk with “terrorists”.

Blair did better: he began a dialogue with Sinn Fein, and started withdrawing the British army. Since then, no more Irish Republican Army-IRA bombs in England. Netanyahu = Thatcher.

The onus is mainly on the West and on Israel. Or, could it be that the whole nuclear issue is only a pretext to pave the way for the dream, an Israel, Zion between those two wavy rivers?

That will never work. Israel can attain lasting security only through peace with its neighbors, like in a Middle East Community of Israel with its five Arab neighbors, Lebanon, Syria, Jordan, Egypt and Palestine, recognized according to international law, with the 1967 borders and some exchanges, Israeli cantons on the West Bank and Palestinian cantons in northwest Israel.

A community modeled after the six‑state European Economic Community of 1958, one of the most successful peace projects in history, ending centuries of war between many of the member states.

What stands in the way? Key Israeli and Arab contra‑arguments: “Surrounded by hostile Arabs we cannot let them in that close, they overpower us numerically, push us into the sea” says one; “The Jews penetrate us economically and run our economies,” says the other.

There are answers: Decisions would have to be by consensus. Start slowly with free flow of goods, persons, services, ideas; settlement and investment later. Build confidence. Change a relation badly broken by Naqba into a peaceful, evolving relation.

Better than massive killings only to find no nuclear bomb program in Iran‑‑disproven like the USA in Iraq and NATO in Afghanistan. With the two rivers ever further away.

And Israel more isolated than ever, licking its considerable wounds. With the West adding a closed Hormuz to its deep economic crisis. And anti-Semitism rampant.