A group of veterans join with local peace and environmental groups to press the United Nations Framework Convention on Climate Change (UNFCCC) to establish rules for the reporting of military and conflict-related emissions under the Paris Agreement of COP21.

On a sunny but chilly day, the protesters erected a mock watch tower across from the United Nations Headquarters building hoping to see that the UN would start telling nations to report their military emissions. 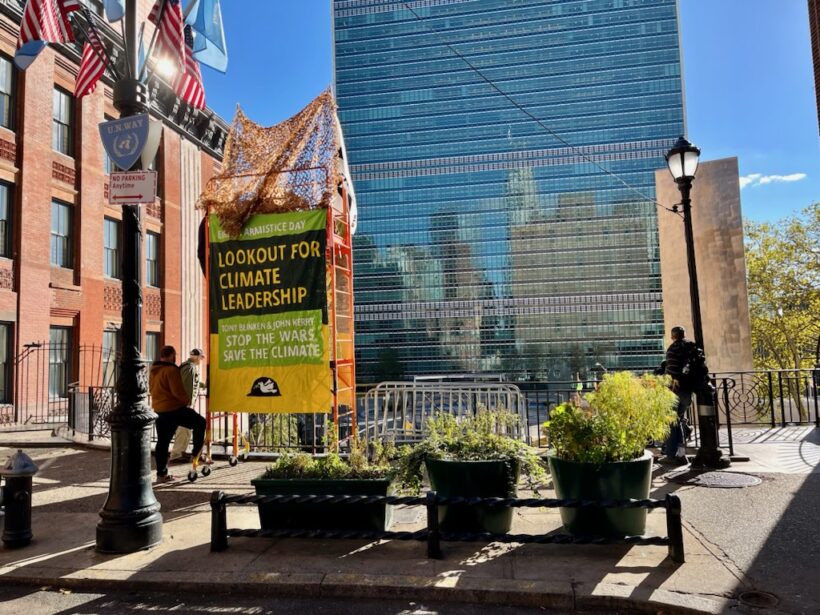 “The U.S. military is the elephant in the room when it comes to climate chaos. It is the largest user of fossil fuels and has the largest carbon footprint of any institution in the world, doing more damage to the climate than most of the small global South countries that are feeling the most consequences. And yet not only does no one talk about it, its emissions are not even counted when measuring compliance with climate accords. Veterans For Peace feels a special responsibility to draw attention to this issue,” states Ellen Davidson a member of the New York chapter of Veterans For Peace.”

According to Garett Reppenhagen, executive director of Veterans For Peace, “To cut emissions at the scale and scope required to even begin to mitigate the climate crisis, the US will need to deal with its addiction to militarism. Maintaining the United States’ massive military footprint around the world and engaging in an endless program of conflict and military intervention is incredibly energy intensive. The war machine and the climate crisis are two sides of the same coin. The war machine cannot operate without burning massive amounts of fossil fuels and we can’t address the climate crisis without dismantling the war machine.”

Dr. James Rine, co-founder the Veterans For Peace Climate Crisis & Militarism Project and a retired research geologist adds “We join with other organizations around the world calling on the IPCC to establish rules for each nation to report their military emissions. As US veterans we feel especially obligated to push this message since the US military is the #1 institutional emitter on our planet.” 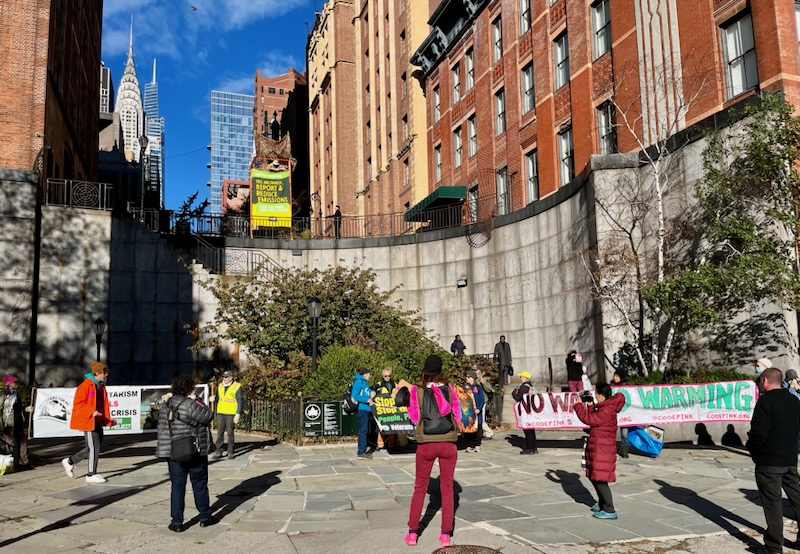 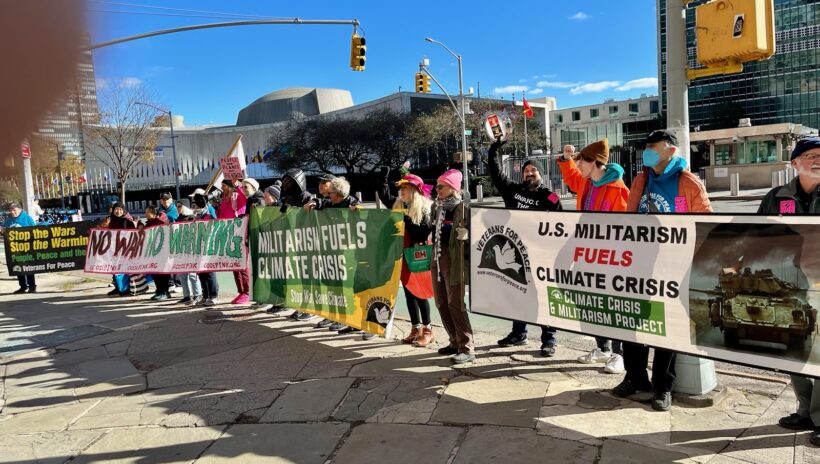 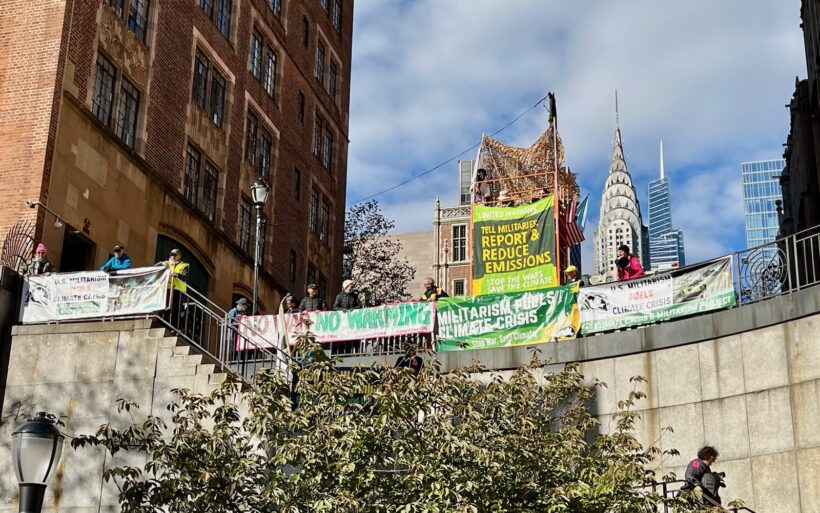