Yesterday was June 14th, and for the families of the 72 victims who died of suffocation in the Grenfell Tower fire in London five years ago, it was again a day of grief. It was day marked by a solemn mass in Westminster, packed with friends and relatives, with the names of those who perished stated one after the other, followed by the phrase ‘Forever in our hearts’. It was marked by the bell that tolled 72 times at the end of mass. By the huge march that marched once again in absolute silence through the streets surrounding the Tower. The Grenfell United Committee has been organising a march on the 14th of every month since June 14, 2017, with the sole exception of the lockdown months, during which online memorials were held. It is a commemoration that yesterday, five years on, was particularly moving, lingering late into the night, with the sea of candles lit along that wall at the foot of the tower that over the years has become an extraordinary collective diary, with all those messages, those flowers, those photos. It is a heartbreak that is impossible to file away and that continues in the form of a choral mural, beautiful in its own way. 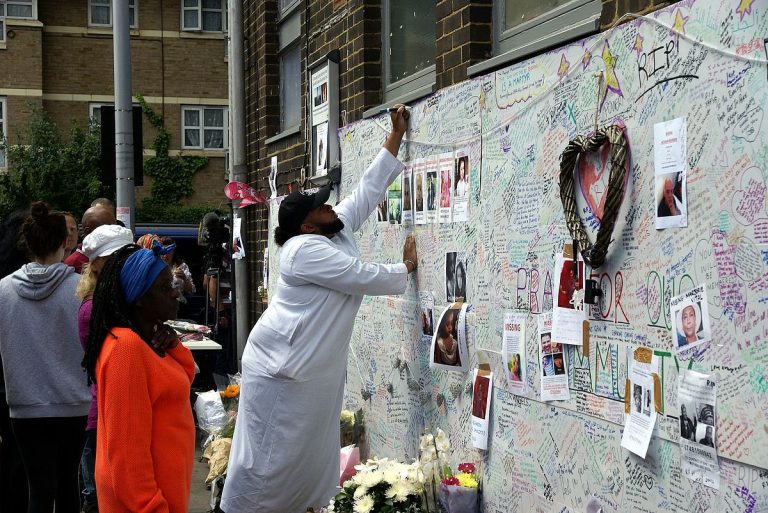 Not present were the parents of Marco Gottardi and Gloria Trevisan, for whom even just imagining the place where their children died is a wound that reopens even more acutely with each passing year. “There is too much pain in that place for us; we prefer to remember our children here,” said Marco’s father Giannino Gottardi in a beautiful interview he and Loris Trevisan, Gloria’s father, gave to Corriere del Veneto. And a mass certainly less solemn than the one in Westminster, but no less heartfelt and moving, was in fact held last night in the church in San Stino di Livenza, where Marco was born, where all those who saw him grow up from kindergarten, and then establish himself in his studies at the IUAV in Venice, and finally leave for his professional adventure in London as a promising architect of the Creative Ideas & Architectecture Office (CIAO) live.

Five years have passed since that night that saw the Grenfell Tower in the northern part of Kensington consumed by fire in just a few hours: twenty-four floors of reinforced concrete in the so-called Brutalist style, which in a very short time was devoured by flames caused by a trivial short circuit inside an apartment on the second floors. A fire that under ‘normal’ conditions could have been tamed by the immediate intervention of the fire department and instead spread very quickly along the facades of the skyscraper, precisely because of the exterior cladding that, as investigations immediately ascertained, was not fireproof at all. The cladding contained foils of very thin aluminium that, as it melted, increased the flammability of the ‘insulating’ material inside, which far from being iron wool (as is mandated) was made of polypropylene. These aluminium foils, moreover, had during the recent and very expensive redesign been positioned in such a way as to create at the four corners of the building a deadly upward ‘chimney effect’ that made all firefighting efforts impossible. 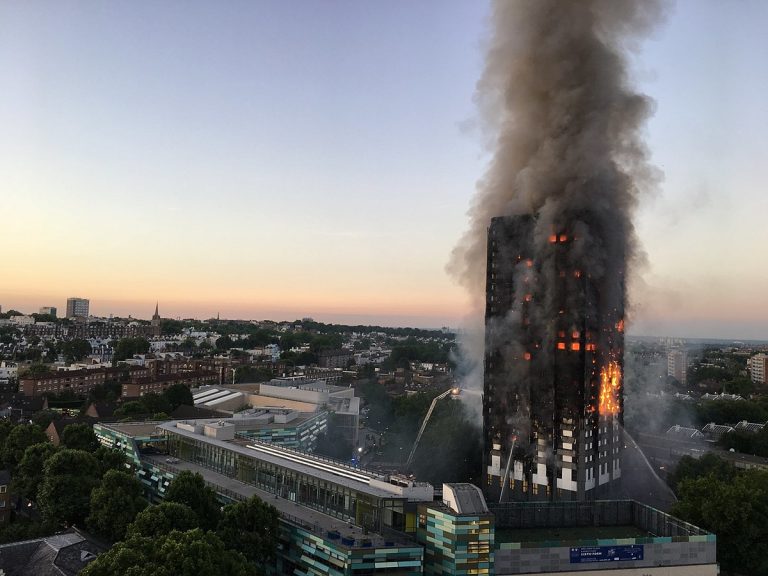 Indeed, the chronological reconstruction of the fire produces a terrifying account: the flames started around 1am and reached the upper floors in just a few hours. By the first light of the morning, the tower was a smoking, black stele, a horror that TV stations around the world broadcast live. Seventy-two victims were found in the hours that followed, not counting the missing, the never ‘returned’: these were the days of Ramadan and a good portion of the residents, who were of Islamic faith, had friends and relatives visiting. 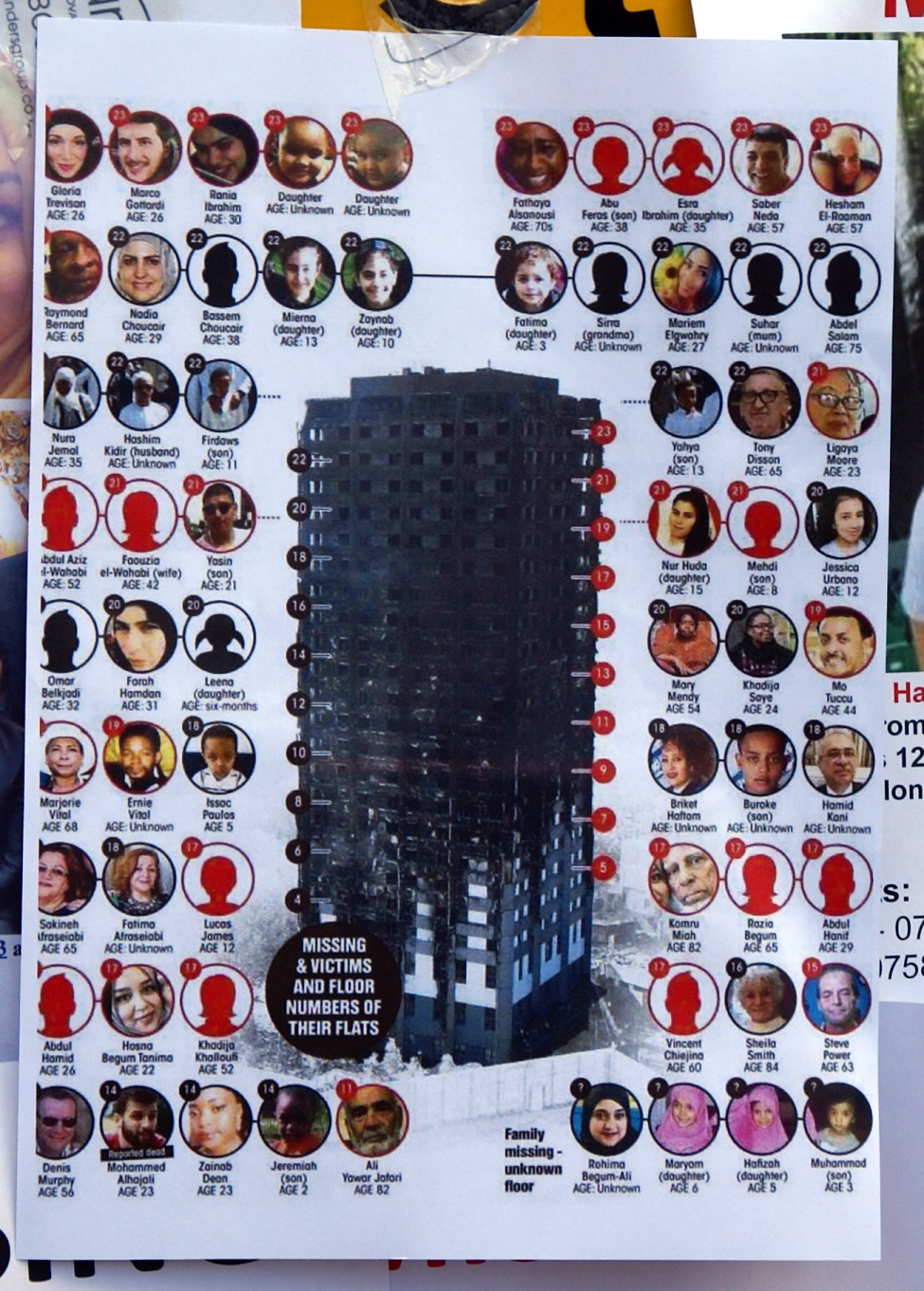 The evidence of irresponsibility or outright collusion that emerged from the very first lines of the Public Enquiry announced by then-Prime Minister Theresa May on the very next day – and which, despite the amount of evidence gathered, has still not been concluded – were utterly shameful. Under indictment is the mismanagement that affected not just that specific skyscraper, but the system that should theoretically regulate the mega-business of British real estate. A pyramid of procurements and sub-contracts that are headed by a web of interests linked to the oldest power in existence, that of absolute ownership of the land (in fact called the Monarchy). On the management level, it relies on a chain of decision-makers, suppliers, insurers, certifiers, for whom cost control takes priority over any precautionary principle, in homage to a simplification that enjoys the total cooperation of the Public Administration.

The first phase of the trial concluded at the end of 2018, and it took almost a year, until October 2019, for the Report to be published. The second phase suffered from Covid-related delays. It is therefore still ongoing and apparently will not be concluded until next year. Even though the indictment has always been crystal clear (Corporate Manslaughter, Massacre Attributable to Private Interests) and despite the numerous and very serious admissions of irresponsibility by managers of some of the companies involved in the project of radical modernization of that building, starting precisely with the facade, it is not unlikely that the avoidance of responsibilities will result in a symbolic or exemplary sentence. And this is because of the impossibility of identifying a single or even main culprit for a disaster caused by such systematic collusion of interests that “doing justice” would mean questioning the “business as usual” logic that makes London the machine of profiteering it has always been. Hence: an impossible task.

While waiting for a judgment in who knows what terms and who knows when, the unacceptable certainty of a tragedy that could have been avoided was again on display yesterday. “It would have been enough to listen to the complaints that tenants organized in the Grenfell Action Group had been addressing to the authorities since 2013, about the fire extinguishers that weren’t there, the obstructed escape passages – alarms that were regularly ignored. Instead, the most active among the tenants were threatened with lawsuits…” says the architect Simon Elmer, spokesman for ASH (Architect for Social Housing). Elmer has been engaged in various initiatives to raise awareness about the unreliability of all those so-called redevelopment projects that have been underway for some time, and for who knows how long in the future, for several social housing complexes, all over London.

More than ever this year there have been press outlets in the UK that have been sceptical about a satisfactory outcome of the trial (most notably Robert Booth, who wrote a long article summarizing the various stages of the trial on The Guardian). In Italy the activity of the Grenfellove Foundation, which Marco Gottardi’s parents founded almost from the very beginning, has never stopped, and indeed continues in a crescendo of participation: not only to keep their son’s memory alive, not only to feel committed to some positive project (and not just inconsolable grief) in his name, but also to foster in other promising young people those aspirations of success that had driven their son to leave Italy.

The main goal: to fund research paths precisely around building safety. “If my son died the way he did, let it at least serve a purpose. I know that this would have been his work…” were the words of Daniela, Marco’s mother, when I met her a few years ago. It was her idea to transfigure everything into a fairy tale, with illustrations by Roberta Gattel, a friend of her son since childhood: “A self-published book, which we are presenting in Italian schools, which we have also sent in translation to London: all this helps us to move forward.” And again, this year the size of scholarships was not indifferent: as high as €20,000 for students who graduated from the schools where Marco and Gloria studied, respectively IIS Scarpa in San Donà di Piace and Modigliani High School in Padua, as well as for students from Iuav in Venice. 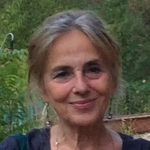