In one of the darkest moments in the history of humankind, while the 21st century is starting as badly as the previous one, the horrible news about the war in Ukraine is overshadowing a positive fact, which gives a sign of hope for democracies around the world: the change of government in Chile and the rewriting of the Constitution. Two important results, the fruits of a process started on Chilean streets and that has been transforming the country since 2019, with great difficulties though. 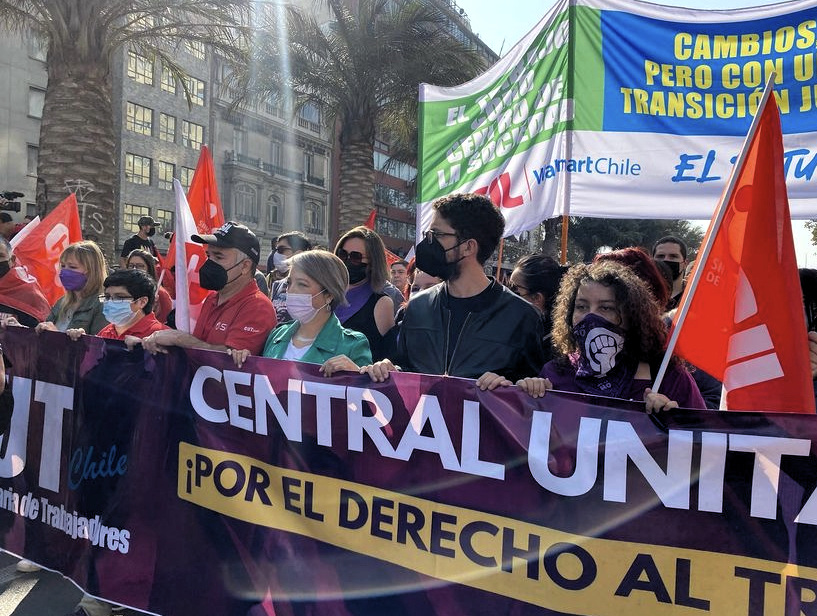 But let’s take a step back. Let’s go back to 30 years ago, when the Berlin Wall fell and the Soviet Union collapsed. Once the Cold War was over, the management of the world economy by the so-called “Chicago Boys” made Chile their laboratory for experimenting the new neoliberal system. In 1990, after the Pinochet dictatorship ended, the new Chilean democracy was modeled on new economic theories that later were applied on a larger scale in other countries. Neoliberal globalization began, a system that puts markets and uncontrolled finance in the first place and that turned citizens from users of services into consumers. A system that in these 30 years has driven the entire planet to the brink of the precipice: environmental and climate disaster, huge inequalities, financial and energy crisis, plus the pandemic and now also the war in the heart of old Europe.

The world is again split into two blocks and Chile is once again a laboratory for experimenting new solutions. This time under the Cordillera a lot of work is being done to heal democracy by trying to fix neoliberalism’s distortions by viable and sustainable economic and political solutions. It is no coincidence that Josep Borrell, high representative of the European Union for Foreign Affairs and Security Policy, has just visited the new President of the Republic Gabriel Boric in order to strengthen the collaboration and the relationship between Chile and the EU. Borrell concluded his visit on May 1st, the day dedicated to labour and to workers worldwide. And Labour is at the core of the new Chile’s political agenda. Boric himself emphasized it in his inaugural speech when he said that Chile is “enriched and transformed by the work of its people.”

Among the very young people of the new Chilean government, which carefully respects gender equality, we met the new Undersecretary of Labor Giorgio Boccardo. Author of a book that not surprisingly bears the title “Chileans under neoliberalism: classes and social conflict”, Boccardo followed a political path very similar, at times common, to Gabriel Boric’s one.

Boccardo and Boric: 15 years on the field for democracy in Chile

Born in 1982, of Italian origins, Giorgio Boccardo was a university professor for 10 years, after he had various roles and high positions in student organizations and movements. Movements that were the programmatic soul of the “estallido social” of 2019, together with the feminist ones. Chile would hardly have come to rewrite its Constitution and elect this new government without them. In fact, most of the members of the new Cabinet had student leadership positions in the past.

Boccardo explained how in recent decades, besides the typical liberal reforms of industry, finance and economy, Chile had a strong privatization of social services. On the basis of state action, a market for public services (education, health and pension system) was created through a system of vouchers and it has become a space for accumulation.

With this system, poverty has been reduced only in appearance. Through credit, Chileans increasingly and brutally got into debt in order to be able to access the very expensive social services. Furthermore, after Funds for Labor Cooperations ended in 1981 and an individually funded pension system was created, people today are massively getting the so-called “retiro”. That’s the possibility the government gives to citizens to withdraw part of their accumulated retirement’s funds. As a consequence, Chile is one of the countries with biggest inequalities in the world and it’s a strongly segregated country in terms of society, class and gender.

Since 2005 Giorgio Boccardo and Gabriel Boric have been making their political battle to solve this situation starting from the student mobilizations for the right to education. The entire system was questioned, the neoliberal model and the Constitution were questioned, as well as fundamental issues such as gas, water, the environment and so on.

The Chilean student movement is “historically strong”, Boccardo said: “20 years of many mobilizations and protest, even a lot of participation in instances of dialogue with various governments have not solved anything structural”.

The Constituent Convention is the laboratory for experiencing true democracy

The situation is very complicated. There are many problems in the country that the new government must solve: increasing crime and violence, and at the same time the strong questioning about the armed forces, drug trafficking, immigration, the consolidated power of political, cultural and religious élites, the social crisis that delegitimates politics, inequalities, the urgent issue of including ethnic minorities and native populations, such as the Mapuche.

Boccardo has stressed out that, beyond the possible solutions to each of these problems, first of all change in Chile must be structural. Therefore, the process of rewriting the constitution is essential, although it struggles with great difficulties. For months, the Constituent Convention has been dealing with strong internal conflicts while trying to find the right balance and bring everyone to agreement. The plebiscite that will approve or reject the new charter is scheduled for next September 4th.

As if to respond to the strong controversy that the writing process is generating, Giorgio Boccardo explained that the conflict is part of democracy: “The possibility of starting a constituent process, written with citizens and with the participation of indigenous peoples, is unprecedented in history. Chile is learning to have a democratic practice it was not used to, aside from elections. In Chile the constitutions have historically been written by a group of experts within 4 walls. Therefore, I believe that in this new process there is a lot to learn about how to live with what democracy entails: a living and robust democracy in which everyone has a legitimate right to present their proposals, to discuss them and to vote on them.

There is a demand for more democracy not only in terms of greater representation, but also of greater participation in the processes and recognition of many nations, of many peoples who remained invisible so far. An extremely demanding job is being done to try to draft a text that manages to build a majority and that therefore is an expression of the will of the country.

I think the most important thing to do is to understand that Chilean democracy has changed, that it will be a much more lively democracy, and that conflict is part of democracy. So the constituent process is a formidable opportunity to channel a large part of this social energy into a space that the majority feel their own and that is legitimate”.

Expectations towards the new government, which took office just two months ago, are very high both by citizens, while revolt and discontent are still latent, and by international observers. Lately the polls show the consensus is falling and the delays on constitution’s rewriting roadmap do not help the stability of the new government.

The mission is certainly not easy, Boccardo commented: “We are well aware of the great responsibility we have. The cycle that is opening must have results that go beyond the time of the mandate. We feel the urgency of the many challenges we face right now, while at the same time we are basing the government program on labour as its main road.

I believe that we must also be very aware, however, that if all this does not go ahead, the institutional path we have achieved and that started on the streets will be blocked, both at the government level and in the constitutive process. We are aware that Chile is being observed with enthusiasm from the outside, not only because there is the latent risk of a strong social outbreak but also because we are managing to start a democratic process here”.

The importance of labor reforms

In this very complex context, labor reforms are fundamental for Giorgio Boccardo: “Finally, labor is once again a transversal theme of the government program. Labour is fundamental in terms of individual and collective rights.

Reforming labor is fundamental in terms of human dignity: raising minimum wages is a priority; reducing working day’s hours; creating a retirement system based on the principle of social security and not on individual capitalization; guaranteeing equal opportunities, especially in terms of gender. The job culture in Chile is very patriarchal.

In concrete terms, if we want to change a development model rooted in extractivism, if we want to give a matrix that incorporates the environmental variable as a central axis, we must think of a transition that will last a decade. We are very aware that without redistribution and without growth, development is not possible”.

In conclusion, Giorgio Boccardo defined his political vision: “I believe that the flag of democratic socialism must be recovered by insisting that socialism and democracy cannot be separated, because otherwise the two stories do not end well. A long century has learned from this experience: no a-priori “ism” should be blindly followed”.

Translation from Italian by Cecilia Capanna. Revision by Thomas Schmid. 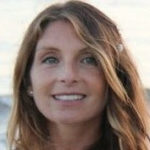