This post is also available in: Spanish, Italian, Portuguese, Greek

In a capitalist society, wage controversy is a difficult obstacle to overcome. And in a capitalist society like Brazil’s, this controversy easily becomes even more complex. Wage differentials often appear as an expression of inequalities, concealing their economic nature. Thus, it is not seen that inequalities are an expression of the opposition between those who can only sell their labour force to live and those who can buy it. Wages do not have, in people’s lives, the same reasons why wages exist. Wages – be they high, medium or low – are, in our model of society, the price we are paid for selling our labour force. Just as you buy food in the market, you also buy labour. That is why the value of labour, i.e. the price we are paid for it, is in dispute: on the one hand, those who want to pay as little as possible for it, and on the other hand, those who want more. But what is a fair wage?

Economically there is no response to that question because if we consider the fact that the value of what we produce with our labour is much higher than what we receive for it, all wages are unfair. However, it is possible to answer this question morally, since the wage that satisfies our needs and maintains the conditions for a full life in a given society will be fair. But who decides what our needs are and under what conditions we should live, and what are the reasons why society accepts inequalities in the living conditions of different social groups? The wage, then, is the market price of the commodity labour, which we have to sell in order to live. This means that our life is determined and dependent on the market, on the price of labour and on what society deems necessary and sufficient to live.

Precisely because the value of the wage is the measure of what is necessary to live, and also because this measure is a political and above all an ethical conception, DIEESE claims that the Brazilian minimum wage should be 5,900 reais. But on the other side are the politicians representing the powerful in the administration of power, who manage to get the minimum wage to only 1,212 reais and are aiming for 1,294 reais for next year. And the social imaginary perceives the wage as if there were a determining economic reason, external to the human will, so great is the force of the dominant ideology to make us think this way. That is why we can say that there are economically possible wages that are closer to human dignity and others that are to destroy humanity. The superstructure of laws, thoughts, elaborations and actions serve to make all this seem normal and necessary, but they are impositions that, with the appearance of normality, make the lie predominate.

In the wage-earning zones there are those who can eat sardines and those who can eat caviar. The social group that can eat neither sardines nor caviar is not even a wage-earner. In other words: they are unemployed people or people who survive in the sea of precariousness that deceitfully pretends to be employed. Precarity affects the conditions for the exercise of acquired force, both the living conditions of those who work and the conditions for work to be done. Precarisation turns work into a material exercise of wage slavery, with nothing creative and no room for creation. Work disappears in the absurdity of acting for minimal and insufficient survival. And the multitude of those who do not sell their labour increases, inhibiting human life.

When we advocate universal basic income, we change the structural basis that determines the conditions of human life. Survival, in basic and necessary conditions, becomes guaranteed and is no longer dependent on the market. In other words, the minimum necessary conditions for living are unconditionally guaranteed, i.e. they are no longer dependent on the sale of labour and the market and the powerful who determine its price. This also changes the conditions of people’s consciousness and their position in the world, because once their minimum living conditions are guaranteed, the material conditions for their recognition as subjects are created. Emotionally, politically, ideologically and psychologically, their conditions also change. And human society, through the state, becomes responsible for guaranteeing life and its basic conditions, no longer the market, the price, the wage and the interests of profit and its owners. Thus, the universal and unconditional basic income is a powerful ally so that all those who sell their labour force, and also those who do not sell it, can fight in better and more favourable conditions so that the imaginary of what is necessary to live is increasingly critical, ethical and widely defended.

In the writing “Mutiny and Dismissal NOW”, the members of the INVISIBLE COMMITTEE say the following: “Humanity watches its shipwreck spellbound as if it were a first-class spectacle. It is so absorbed that it does not even feel the water that already covers its legs. In the end, everything will become a buoy. It is the fate of the shipwrecked to turn everything they touch into buoys. This world can no longer be commented on, criticized, or denounced. We live in a fog of comments and comments on comments, of criticisms and criticisms on criticisms, of revelations that trigger nothing but revelations on revelations. And this fog removes all apprehension of the world”. In this specific field, that of the so-called dispute of narratives, rhetorics that complicate with the use of arrogant language gain ground. Opportunistic empiricism, on the one hand, and leftist idealism, on the other, feed the narratives in a new wave of contemporary sophists, who feed the right, the centre and the left today. Using the most overused and well-worn language of the age we live in, there are the “neo-sophists” of the planet: for them, fake news are a great linguistic aid. Thus, politics and debate about programmes, projects, conceptions and methods, as well as the necessary historical and concrete analysis of discourse, are replaced by the critique of narratives, aesthetics and personality, creating the illusion of having a politics and a critique where there is nothing left but an outlet and a narcissistic defence mechanism.

The INVISIBLE COMMITTEE is right again when, in the same publication, it states that “there are all the reasons to make a revolution. None is missing. The wreckage of politics, the arrogance of the powerful, the reign of the false, the vulgarity of wealth, the cataclysms of industry, unbridled misery, naked exploitation, the ecological apocalypse… we are spared nothing, not even being informed about it”. But given the reasons, some of the conditions have to be built, including the unity of those who sell their labour force for a living: organisation, formation, and action. On this path, the political debate can return to the centre of the wheel. It is essential to transform understandable indignation at political figures and their narratives into concrete action. As long as the criticism is limited to aesthetics and narratives of the “common enemy”, it will serve to destroy politics, to destroy the debate of conception and method, and to prevent the real transformation of the world and the conditions of life. And we will act, in the letters and actions of the bodies, to change and conquer a reality of GOOD LIVING. 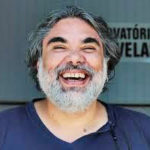