The recently released Global Witness report “Last Line of Defence” raises a warning cry: the irresponsible exploitation and greed driving the climate crisis is also driving violence against defenders of the land and the commons.

According to the report, 2020 has been the deadliest year ever for people defending their homes, land, livelihoods and ecosystems.

227 defenders have been killed worldwide (212 in 2019), three out of four (165) in Latin America, which confirms itself as the most dangerous continent for those defending the commons. This means more than 4 people killed on average every week.

Colombia (65), Mexico (30) and the Philippines (29) are the countries with the most land and commons defenders killed, accounting for more than half of the total recorded.

In Colombia, a third of these attacks were against indigenous and Afro-descendant people, and almost half were against people involved in small-scale agriculture. These figures come against a backdrop of systematic attacks against social leaders and former combatants who signed the peace agreement.

Mexico turned out to be one of the countries with the highest increase in killings of defenders compared to 2019. Logging was linked to almost a third of these attacks, and half of all attacks were directed against indigenous communities. Ninety-five per cent of these cases remain unpunished.

Brazil (20), Honduras (17), Republic of Congo (15) and Guatemala (13) are the countries with the highest absolute number of HRDs killed after Colombia, Mexico and the Philippines. However, if we calculate the number of killings per capita, Nicaragua (12), Honduras, Colombia and Guatemala top the list.

More than a third of the fatal attacks are related to resource exploitation (logging, mining and large-scale agribusiness), hydroelectric dams and other infrastructure. Logging was the sector with the highest number of killings (23), followed by agribusiness and mining (17).

Global Witness notes that agribusiness and mining have been linked to more than 30% of all the killings the UK-based organisation has documented since 2015.

Another very worrying fact is that, once again, indigenous peoples are the main victims. Although they represent just 5% of the world’s population, more than a third of fatal attacks were directed against them, especially in Mexico, Central America, South America and the Philippines.

The true scale of the problem

Global Witness warns in its report that all these data do not reflect the true scale of the problem, as in some countries the situation faced by defenders is difficult to measure.

In this sense, restrictions on press freedom, as well as the absence of independent records of attacks against human rights defenders, lead to under-reporting. All this, says Global Witness, means that the figures published in the report are an underestimate and that the scale of the problem is much greater.

“Many companies engage in an extractive economic model that overwhelmingly prioritises profit over human rights and the environment. This irresponsible corporate power is the underlying force that has not only brought the climate crisis to the brink of collapse, but has perpetuated the killing of human rights defenders,” says the report.

“In many countries rich in natural resources and climate-critical biodiversity, corporations operate with near impunity. In a context where the balance of power is tilted in favour of corporations, it is rare that anyone is arrested or brought to justice for killing human rights defenders,” it adds.

And when this happens, it is usually the perpetrators of the crime who end up in the dock, rather than the principals and masterminds who, in the vast majority of cases, go unpunished.

“As more land is grabbed and more forests are cleared to prioritise short-term profits, both the climate crisis and attacks on human rights defenders will worsen.

Governments can turn the tide of the climate crisis and preserve human rights by protecting civil society and passing laws to hold corporations accountable for their actions and profits,” concludes Global Witness. 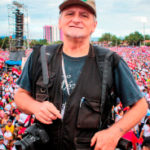