In the midst of the health, economic and social crisis that the world is still facing at the beginning of the new year, the people in power are still cheating the younger generation. The necessary actions to fight the climate crisis still look like a mirage. Health and education are left aside to ensure the profits of a few.

As a result, climate activists are announcing the first global climate strike of 2021, on 19 March.

They call on world leaders to take immediate, concrete action, and in line with the most accurate scientific studies, in response to the climate crisis that we are experiencing.

These necessary measures can no longer be postponed.

Weather and climate disasters have affected far too many countries as far back as last year– from the fires in parts of Australia, North America and Latin America, to the hurricanes and floods never seen before in Africa, to the storms that devastated Central America and Southeast Asia, as well as much of Italy. Long-term emission reduction targets are of no use if they are not followed by real measures today.

“We need Next-Generation EU funds to be used for policies to reduce greenhouse gas emissions that worsen the climate crisis,” say activists.

Last December, Fridays for Future launched the campaign “Non fossilizziamoci” (Let’s not Fossilize) – fridaysforfutureitalia.it/non-fossilizziamoci/- for a Recovery Plan that is able to fight the climate crisis and to ensure a future for young people – an idea already widely described in the document “Ritorno al Futuro”(Back to the Future) – ritornoalfuturo.org/ – with dozens of proposals to make economic recovery the beginning of an ecological transition.

Apart from a few positive but isolated investments, the decisions taken are still going in the wrong direction.

In fact, despite the promises and empty words of the ministers and President Conte, Italy continues to pay subsidies to fossil fuels and in various areas of the country new infrastructure for fossil gas is rising. These projects would make it impossible to comply with the Paris Climate Agreement: it actually means surrendering to catastrophe without even trying to stop it. The funds of the Next Generation EU are at risk of ending up with the most polluting companies and activities such as the Useless Major Projects and are way too inadequate to support such fields as renewable energy.

“The climate crisis is here now. Heatwaves, droughts, floods, hurricanes, landslides, deforestation, fires, loss of housing and the spread of disease: this is what the people and the most affected areas are facing more and more often today. Our lives depend on immediate action,” says João Duccini, a Brazilian boy.

For over two years, young women and young people around the world have been on strike and have been taking to the streets to demand climate justice. Now, with the COVID-19 pandemic, actions will take different forms in different places, but the kids invite people to join with the same goal as before: taking urgent actions for the climate, demanding for Nothing More Empty Promises (#No More Empty Promises).

“If we don’t move now, we will not even have the chance to get those goals by 2030 and 2050, which the world leaders keep talking about”, said Mitzi Jonelle Tan from the Philippines.

“What we need now is not empty promises, but binding annual carbon targets and immediate emission cuts across all sectors of our economy”. “When your house is on fire, you would not wait 10 or 20 years before you call the fire department, but rather, you act promptly and by any means,” said Greta Thunberg from Sweden.

Translation by Roberta Mereu,  from the voluntary Pressenza translation team. We are looking for volunteers! 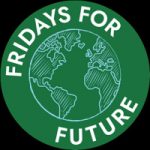 Fridays For Future
#FridaysForFuture is a movement that began in August 2018, after 15 years old Greta Thunberg sat in front of the Swedish parliament every schoolday for three weeks, to protest against the lack of action on the climate crisis. She posted what she was doing on Instagram and Twitter and it soon went viral. On the 8th of September, Greta decided to continue striking every Friday until the Swedish policies provided a safe pathway well under 2-degree C, i.e. in line with the Paris agreement. The hashtags #FridaysForFuture and #Climatestrike spread and many students and adults began to protest outside of their parliaments and local city halls all over the world. This has also inspired the Belgium Thursday school strikes.