On August 30, the Qatari authorities published two measures, announced in October 2019, intended – if fully implemented – to improve the protection of the rights and living conditions of migrant workers, massively present in the Gulf emirate.

The first measure removes the employer’s “no-objection certificate”, allowing migrant workers to change jobs without their consent. It is sufficient to give one month’s notice in the case of an employment relationship of fewer than two years or two months’ notice in the case of a longer-term relationship. The procedure will be managed directly by the Ministry of Labor.

The second introduces the minimum wage of 1,000 Qatari rials (around 230 euros) per month, plus 300 rials in food benefits and 500 rials for renting accommodation if it is not provided by the employer. The previous minimum wage, introduced by a 2017 law, was 750 rials, although some groups of workers had obtained higher wages through bilateral agreements by nationality: 900 rials for Nepalese and 1,400 rials for Filipinos.

However, these reforms do not eliminate two powers that remain in the hands of employers: that of denouncing as “illegal” migrant workers who will leave their work without notice, and that of managing residence permits through their renewal or cancellation.

Spokesman for Amnesty International Italy, of which he has been a member since 1980. Author and co-author of numerous publications on human rights. His latest book co-written with Luca Leone “Srebrenica. Justice denied” was published by Editions Infinito in 2015. Blogger for the Corriere della Sera, Il Fatto daily, Articolo 21 and contributor to Pressenza.

Translation from German by Lulith V. from the voluntary Pressenza translation team. We are looking for volunteers! 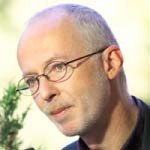