The paradox of one of the world’s most resource-plentiful countries, with huge riches but a population in dire straits.

Finding a treasure when digging a latrine. If that sounds like an old fairy tale, it really can come true in the Democratic Republic of Congo – a place with all the raw materials that you could ever need but in the midst of what many people define as a geological scandal. More than 50% of Congo’s c.80m population live in complete poverty, and yet this is a country with enough riches to feed all of Europe and still not exhaust its natural reserves.

Building a latrine and finding treasure really did happen to a policeman in Kolwezi, a mining city with a population of half a million in the south of the country. In 2014, as Michael J. Kavanagh reports in the New York Times, the man decided that his family needed a new latrine.

Children digging with their bare hands, the city deserted

Spade in hand, he began digging in the house’s back yard and not far down, barely a metre or so, he found something that could change his life. The earth sparkled and a mound of cobalt – one of the world’s most important minerals – appeared before his eyes. When Kavanagh returned in 2015 he found the city had changed dramatically. It was no longer a quiet place where people made a living practicing a trade they had learned. The houses were crumbling, and the ground, perforated and damaged, seemed to have been bombed. A huge area was riddled with holes going down as far as 25 metres.

Everyone had tried to get rich by searching for cobalt and copper. All the children were engaged in the sole pursuit of digging the bare earth with their hands and going down into the holes to extract a mineral which, for them at least, had no real value. They were digging without any safety measures and were often swallowed up by landslides without anyone realising or reporting them missing. The minerals only become valuable once they arrive at an international port where they will be shipped to the industrialised world where they are in demand. Chinese firms control the trade and have monopolised mining rights without ensuring workers, who have no rights and work seven days a week in all sorts of conditions, are paid an appropriate wage.

Why cobalt is in such high demand

Cobalt is an essential component in the rechargeable batteries that go into cars and mobile phones. The electric car revolution could very well owe its success to this one mineral. The Democratic Republic of Congo is the biggest producer in the world, with around one half of all known reserves. Despite this, the mineral ends up in Chinese hands with almost no recompense for the people who actually mine it. The rulers of Congo also take advantage, sharing out the profits, and effectively gorging themselves on the money.

What happened to the policeman in Kolwezi could happen to anyone in Congo – and not only cobalt, but gold, diamond or even uranium deposits are to be found. Like the gold rush, areas where precious metals or minerals have been discovered attract desperate people who think they will get rich. They also attract multinationals and countries from all over the world who want to profit from the Congo’s resources. In anthropological terms, the Democratic Republic of Congo is a “non-place.”

Put in another way, it is a place of fratricidal wars, portrayed as tribal wars, but really fought for the control of its mineral resources. That was true of the war that saw Desiré Kabila ascend to power, now succeeded by his son, and which was named the first African World War. Seven African countries fought over the control of land. The most intense battles were fought over those areas richest in natural resources. The war led to more than 4m deaths, most of which were down to hunger rather than firearms. The country is underdeveloped by 100 years.

The Democratic Republic of Congo is a non-place

At the end of the war, I visited the country and can confirm that the population had nothing. Many organisations began to restore dispensaries and hospitals, but no one would go. I asked myself why. I went into the bush and understood the reason: people were embarrassed to go to hospital because they had nothing to cover themselves with – clothes were a luxury. On that same trip, in 2003, I met an old friend, Lino, in the capital, Kinshasa.

He had just arrived from the city of Kikiwit. We had travelled the road connecting Kinshasa to Kikiwit together in 1993. At around 600 km, the journey had taken us about 8 hours. Ten years later, Lino had taken 15 days to make the same journey. The road network had been completely destroyed. Mining companies don’t need roads. They use aeroplanes and helicopters. That wasn’t the only thing. Countries like Uganda had suddenly become exporters of gold and Rwanda was shipping highly valuable coltan, which can only be found in Congo.

You can find just about anything in the Democratic Republic of Congo: wood, copper, cobalt, coltan, diamonds, gold, zinc, uranium, tin, silver, coal, manganese, tungsten, cadmium, and oil. These are resources that make half the world drool with envy but represent a ‘death sentence’ for many of the country’s inhabitants.

Rich in natural resources, and poor

Only if the country’s rulers were to invest the royalties they received from mineral mining, could its 80m inhabitants live a decent life. Instead, in many areas of the country its people are unable to feed themselves. Only 4% of the total land is farmed, despite 75% of the population working in predominantly subsistence agriculture. The economy of the country has always been geared towards exports, and largely dependent on primary commodities.

What really interests people is what lies underneath the Congolese soil, not so much the people who live above it. This was an old saying of the dictator Mobuto Sese Seko, who, in an interview with a French newspaper said: “What is below the earth is mine, what moves on the earth is mine, what is in the water is mine, what flies in the sky is mine.” To the interviewer’s question “what is left for your people?” Mobutu’s amused response was “the multi-party system,” or democracy as we would call it.

But democracy alone does not feed you. Pro-capita GDP is around 450 dollars, one of the lowest in the world, and the country’s Human Development Index ranking stands at 0.433 which places it at 176th place in the world. 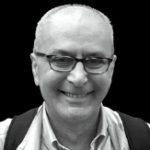