Today we are reaching out to you publicly to bring attention to the ongoing Dakota Access Pipeline, a $3.8 billion dollar project that was constructed on 1851 and 1868 Fort Laramie Treaty Land illegally and is a direct violation of the United State Constitution. This pipeline project was construced without the prior consent of the Dakota, Lakota, and Nakota people of the Oceti Sakowin. While passing through the Missouri River, this pipeline threatens the drinking water of the people of the Standing Rock Sioux Tribe and 18,000,000 people downstream. It is also a threat to their local ecosystems and contributes to the climate change that is affecting everyone all around the globe. According to the scientists of the Intergovernmental Panel on Climate Change (IPCC), 80 % of known fossil fuel reserves must stay below ground, if we wish to remain below an already dangerous warming of 2 degrees Celsius.

In August of 2016, construction of the pipeline began as bulldozers dug up sacred burial sites. For 10 months, peaceful and prayerful Water Protectors halted the pipeline through non violent direct action, and were met with heavily armed police from various states, mobilization of the North Dakota National Guard in cooperation and coordination with counter-terrorism groups such as Tiger Swan.

This unprecedented police response resulted in human rights violations, treaty right violations, and violations of the civil rights of thousands of individuals who resisted the project nonviolently for ten months.

The pipeline is currently fully operational since June 1, 2017, moving oil from the Bakken oil fields of North Dakota to the state of Illinois. On April 6, 2017 this pipeline leaked during testing and has already leaked twice after.

Food and Water Watch reports Intesa SanPaolo’s financial involvement in the DAPL at $339,000,000 as of February, 2017. Each and everyone of these dollars is funding environmental racism, climate change and indigenous genocide.

Hoping that you will take seriously these facts. 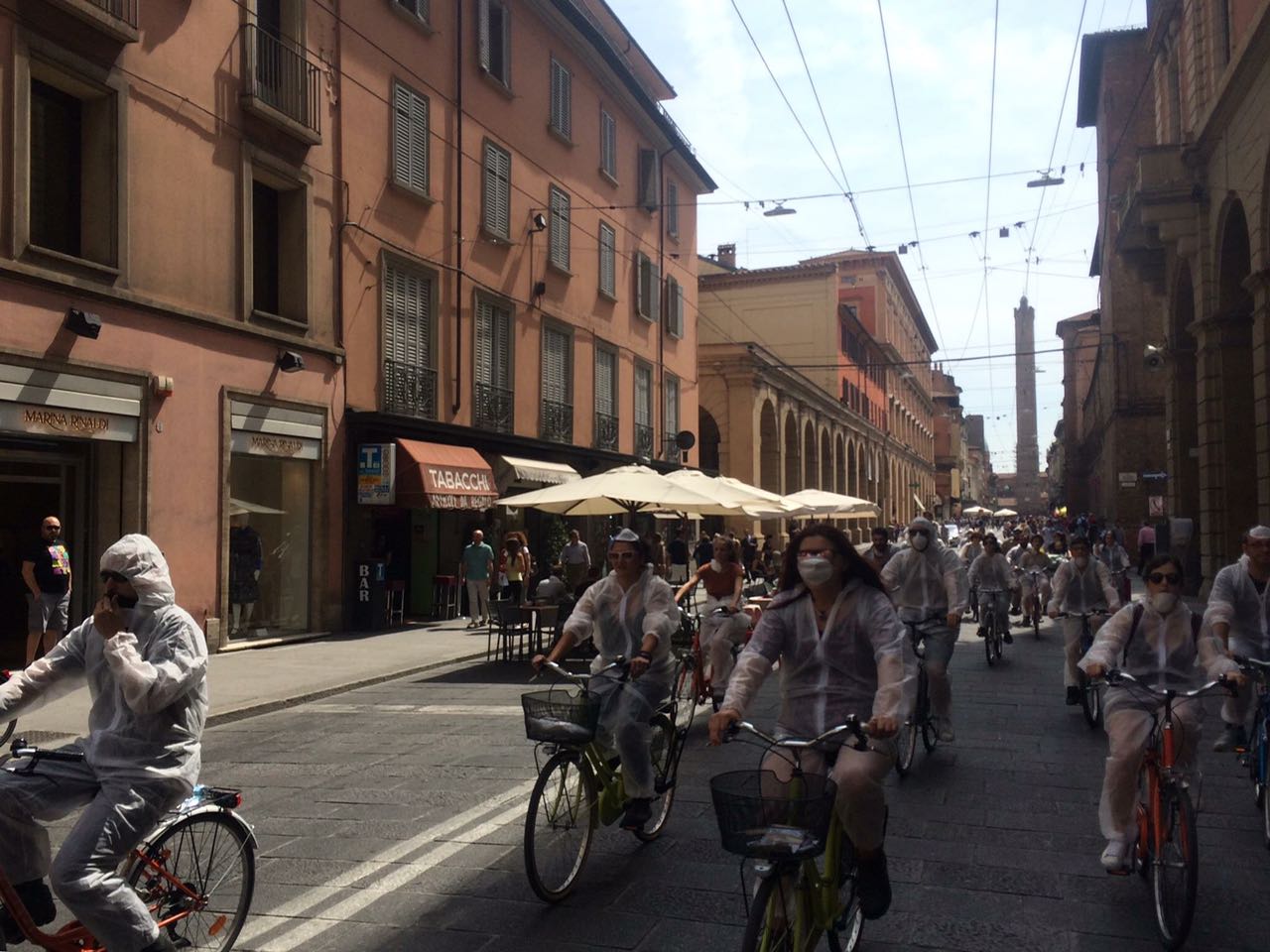 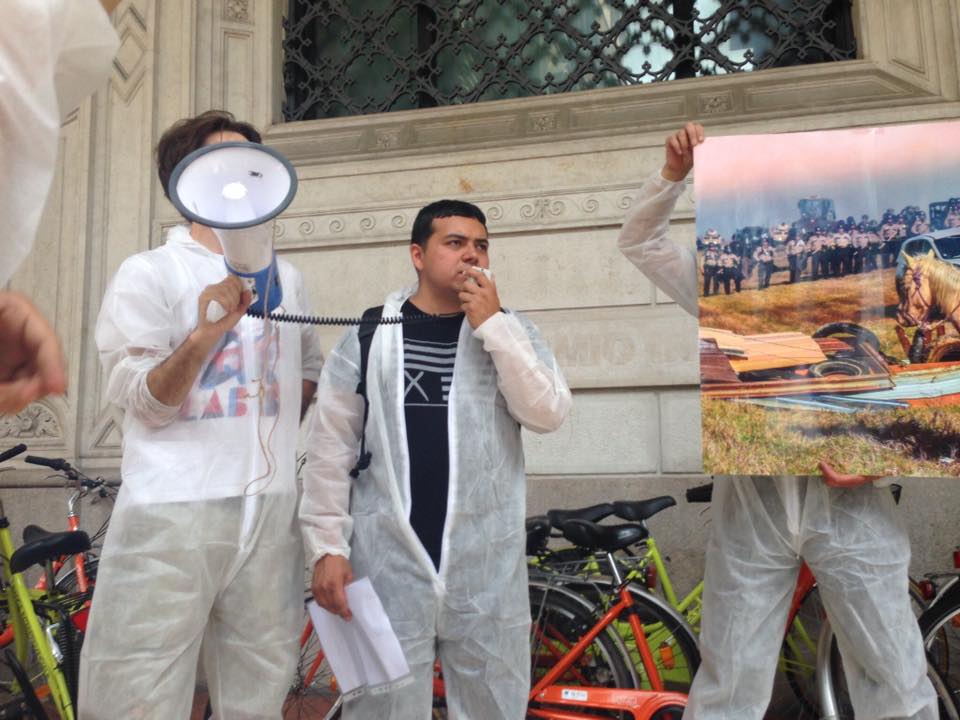 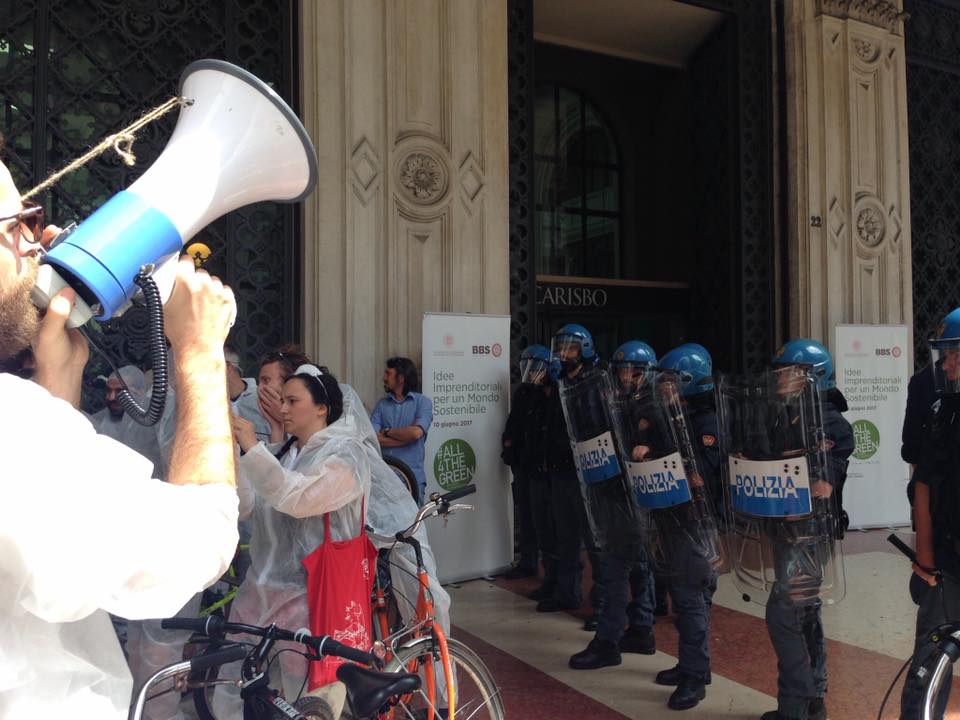