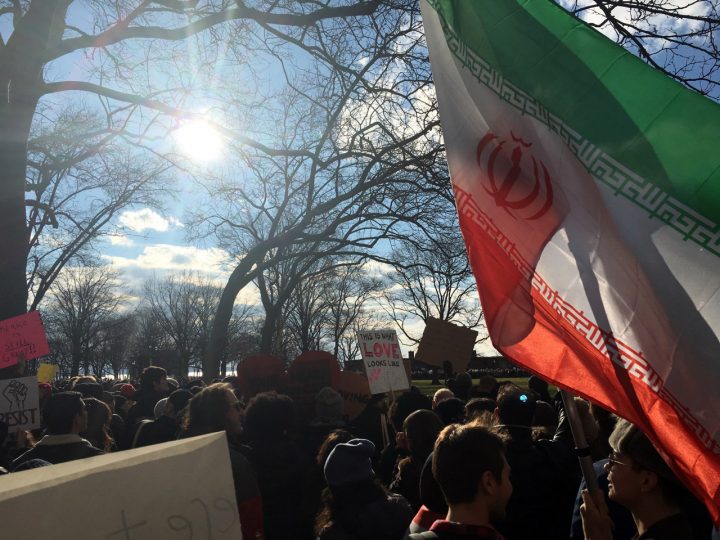 It was the second day of protests after demonstrators gathered at John F. Kennedy International Airport a day earlier.

Sen. Cory Booker said Americans must not “luxuriate” in the freedoms they’ve been given. Instead, they need to fight for them.

“Every generation of Americans must prove worthy of the fights and the struggles and the battles that came before,” Sen. Cory Booker told protesters Saturday. 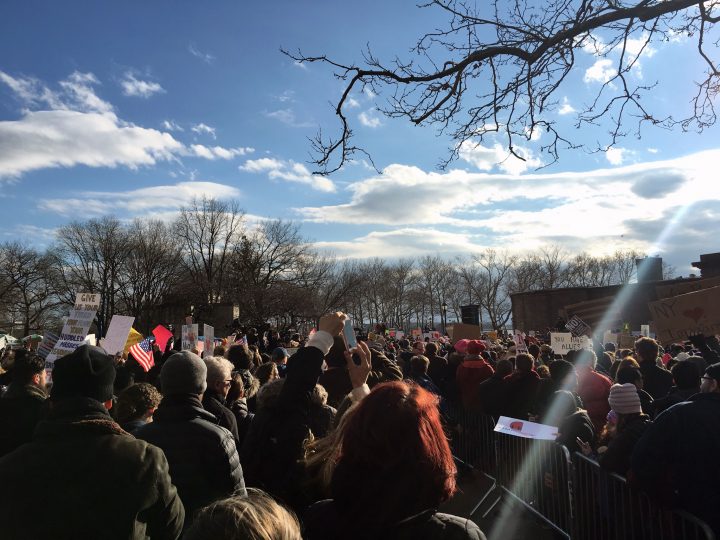