Queens council member Jimmy Van Bramer led a group of protesters from Queensboro Plaza and across the Queensboro Bridge to Trump Tower as part of the Queens March Against Hate.  A second group gathered in Union Square and a third group at Washington Square Park. Both marched towards Trump Tower, where they were stopped by barricades. 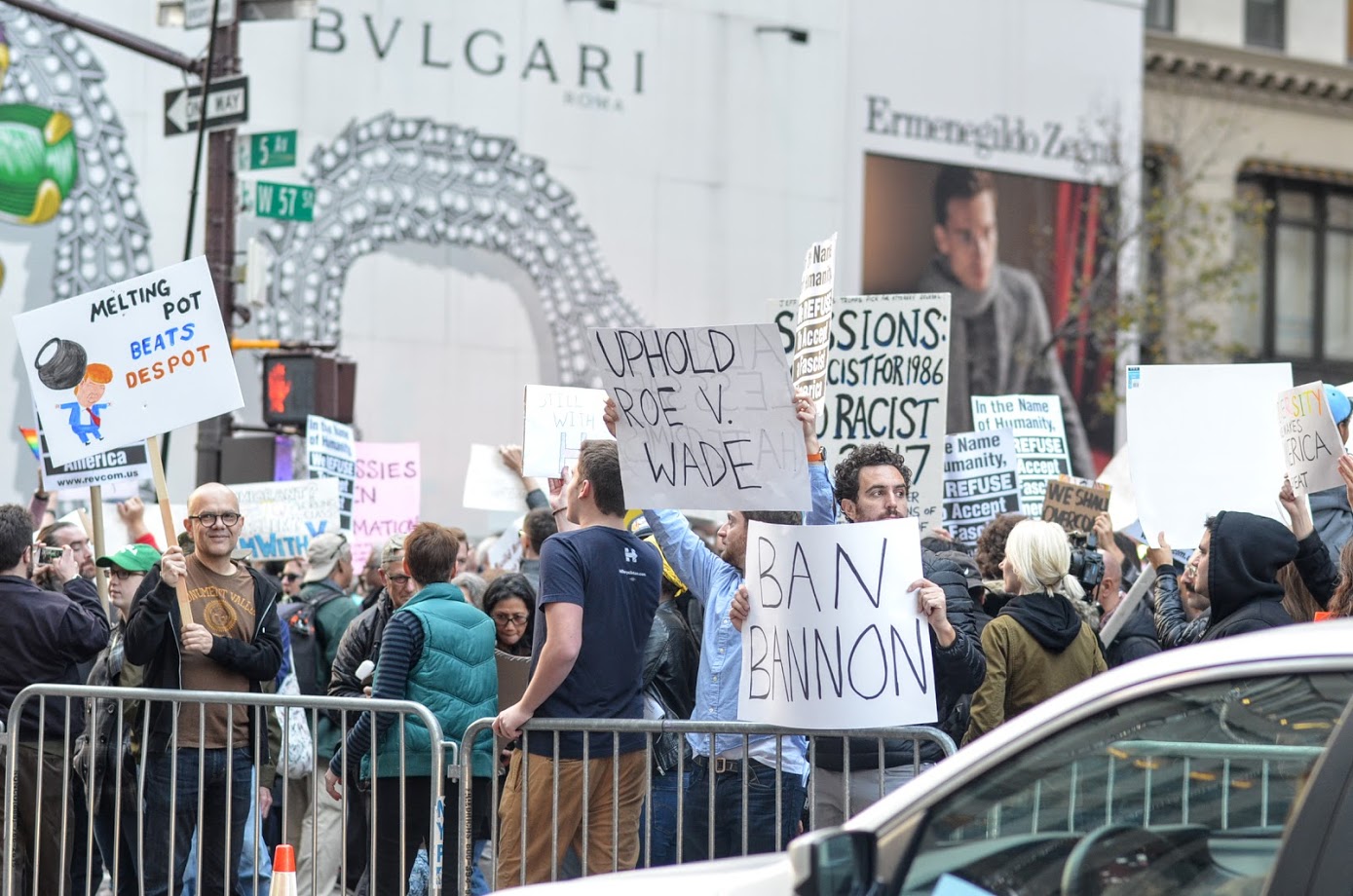 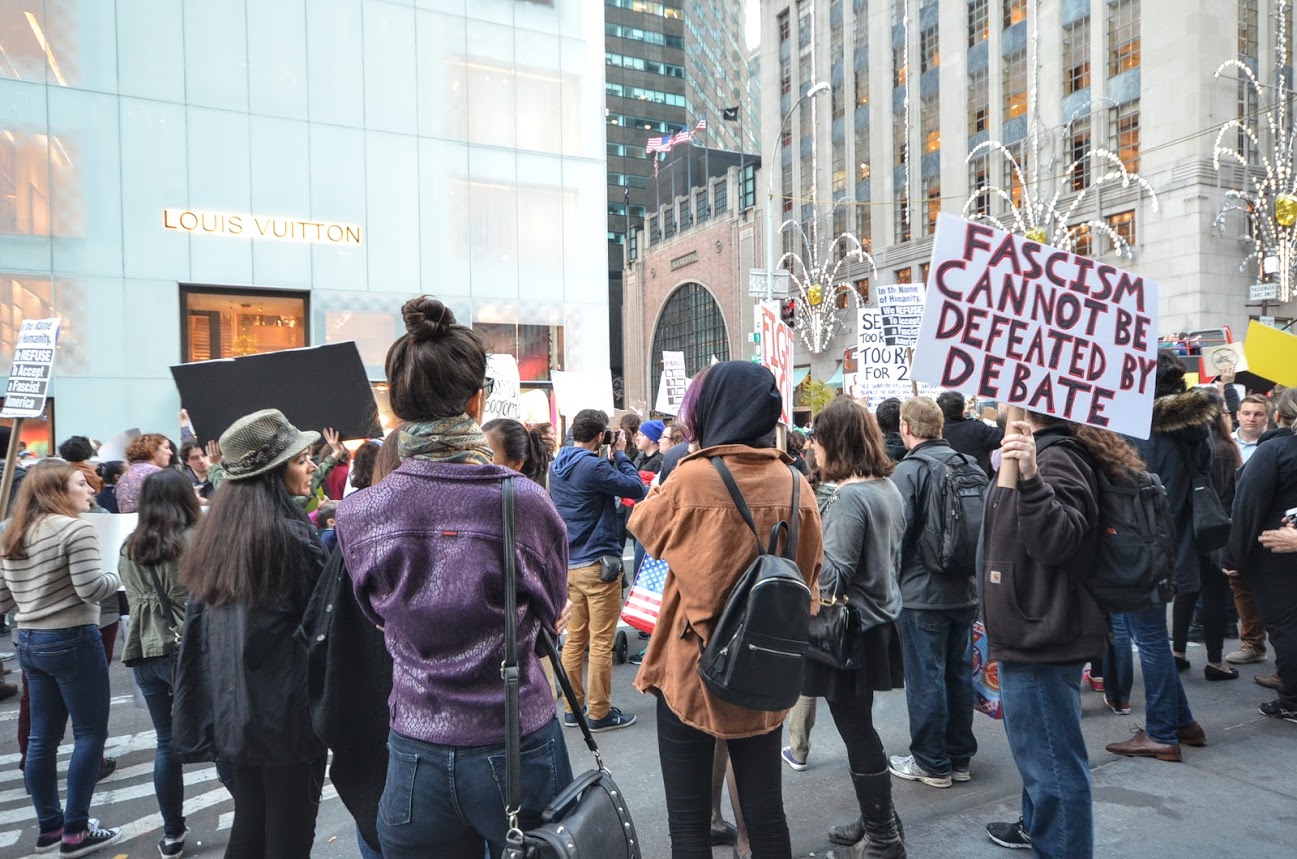 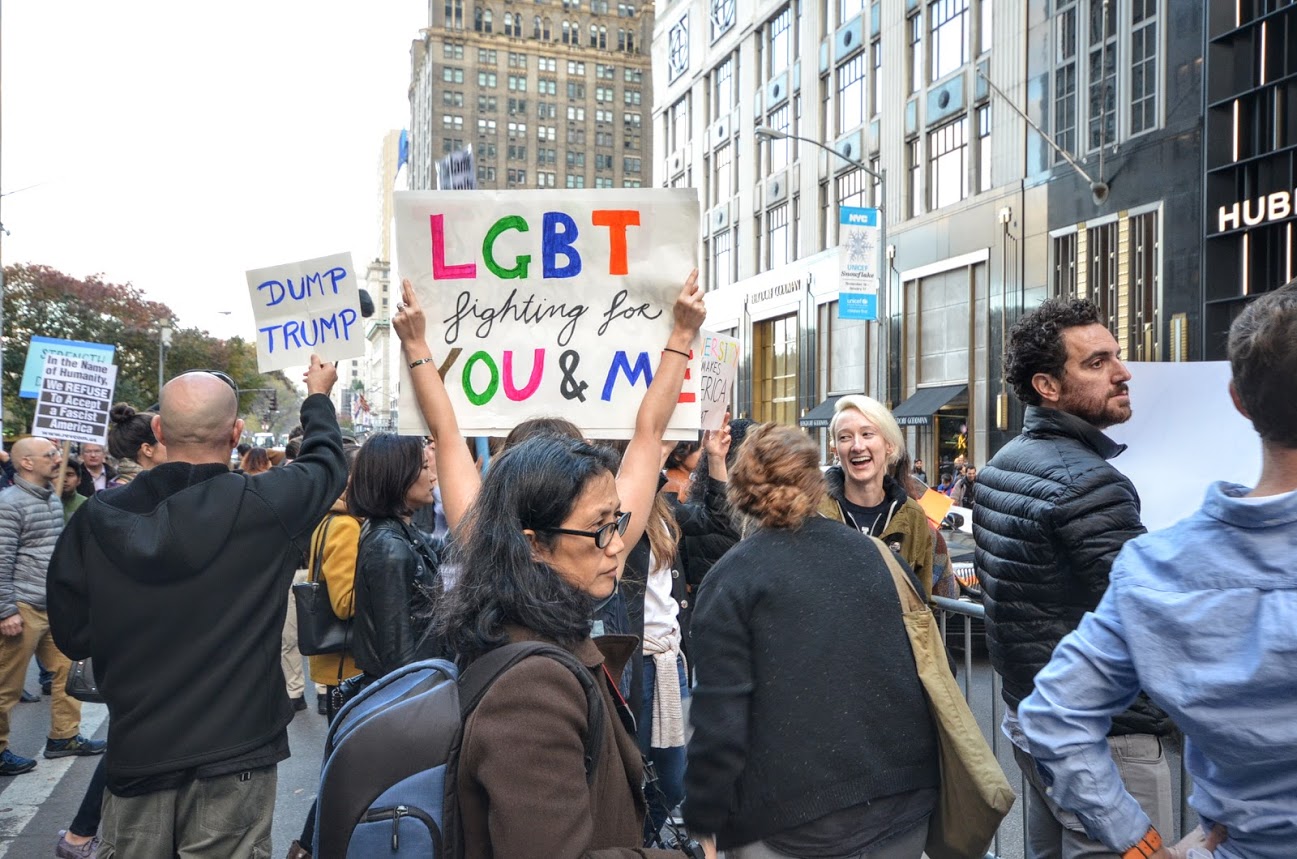 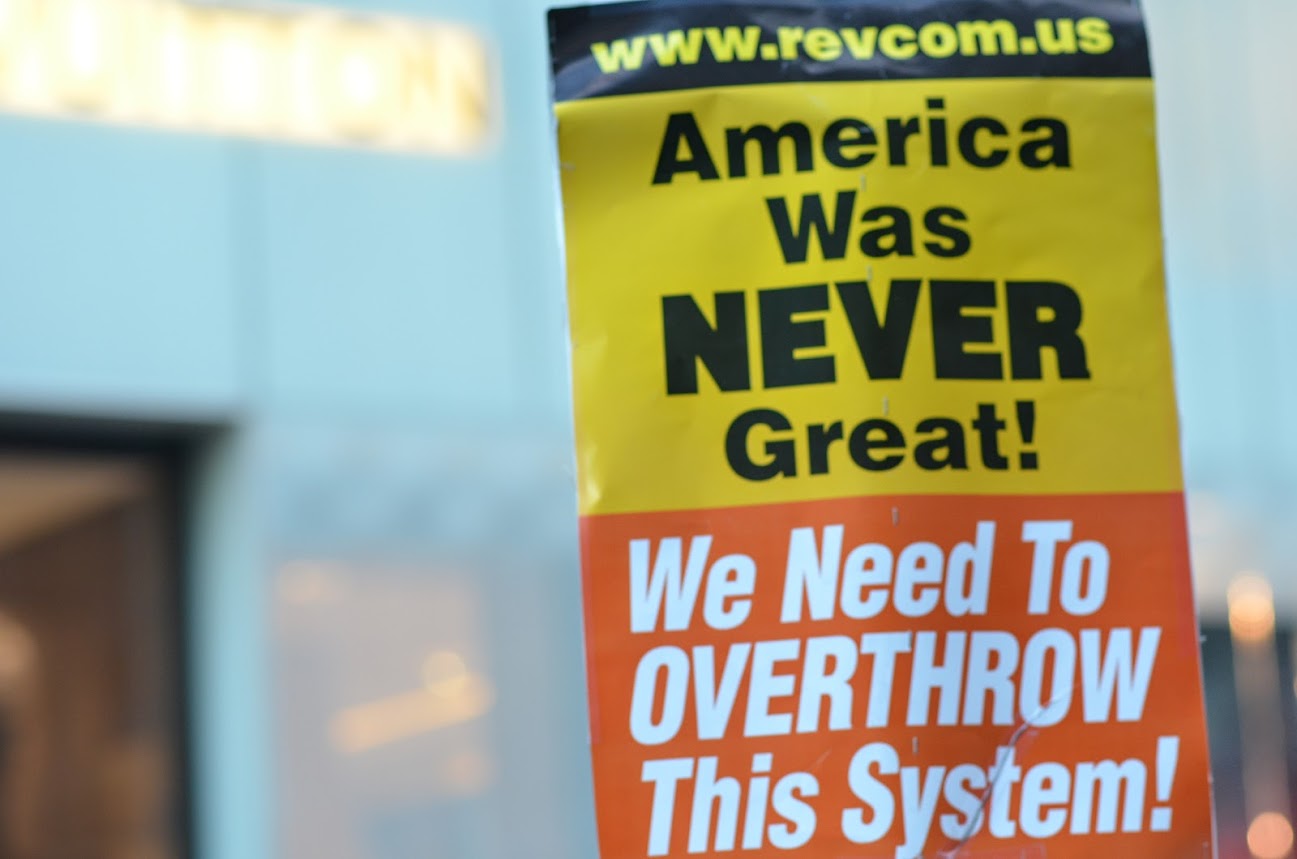