“… and while we sleep bloody wars are fought, and when we wish to wake up death strikes our door.”

This quote can be heard in the tragically accurate video, but said with a clear and gentle voice.  It’s the same contrast that this campaign suggests by its very name: Poetry against Arms.

Luz Jahnen, one of the initiative’s promotors invites us to share a project that he considers urgent: to confront the weapons industry… with poetry.

You signed the campaign as “The Committee for the defence of the weak nervous system.”  What is that committee and how did it come up with the campaign?

Well, we are a small group of friends living in three countries who for years formed part of the Humanist Movement founded by Silo, a great Latin-American thinker and writer who was the source of our inspiration.  In one of his stories – The Day of the Winged Lion – there is a “Committee for the Defence of the Weak Nervous System”.  We took the name from there as a kind of recognition and tribute.  Silo strongly promoted the struggle to overcome all forms of violence, but it is obvious that there still remains a lot to do in this field, so we could say that the campaign arose out of a need.

In particular, last year I went to a summer camp after months of being involved in studies and activities on the theme of violence and revenge.  I thought I understood how the two are part of our culture and are expressed socially and personally.  It’s clear that violence has many forms, but armed violence in particular became increasingly clear to me.  I don’t have to give many examples, do I?  Every day we hear news of wars, attacks, assaults and deaths of some people or other and it seems normal!  We have ended up accepting this as something natural and inevitable!  But I am convinced that the reverse is true, that a human future will only be possible if we surpass violence.  So I pulled my hair out thinking what to do to stop the weapons trade that we all suffer.

And here emerged the resource of poetry…

Yes, because to appeal to weapons manufacturers or governments is unthinkable.  Weapons are a business that not only moves a great deal of money but is also the economics of power that involves the richest countries and their secret services… How can you oppose those in power, those immoral economists, those businessmen without feelings or compassion?  And it occurred to me to confront them with the opposite, with something sensitive, something that doesn’t seek reward, something delicate, something that expresses the best in people, the most human side of them: poetry.  And once I had the idea, more images started to appear.  So I called two friends who enthusiastically joined in: Tom from Switzerland, who created a website, and Bruno from Buenos Aires, who coordinated a small production team for this beautiful promo video that has been translated into different languages. 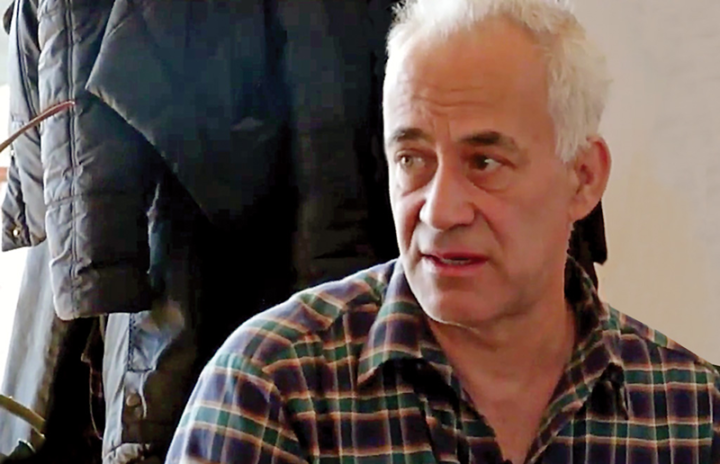 Do they share your analysis and also register the urgency?

Of course!  Because the arms trade is growing, it’s increasingly sophisticated and in more hands.  It’s no longer limited to States but rather has reached many parastatal groups who also consider that they have something to defend.  One way or another we are increasingly exposed!  Nuclear weapons, for example, are being produced in small formats that are easy to transport.  The question has stopped being who is going to use them and is now when will they be used, in what conditions, and who among us will be the victims?

The data and daily experience indicates that the problem is widespread.

That’s right.  In the greater part of the planet we have a culture of having weapons in the house.  In some countries it’s not so easy to get them, but in many others the sale of rifles and pistols to individuals is a multi-million dollar business.  The United States is probably the most well-known case, but in Latin America there are many countries full of guns in houses and they are being used, they kill thousands of people every day.  In Mexico, for example, there are 10 times more guns per inhabitant than in the United States.  Ultimately, you don’t know the risk you run if you annoy your neighbour… Moreover, this also acts as “justification” for governments to arm the police as if it were the army, prepared to repress any attempt at protest.

So, we all lack a profound understanding of how – assuming we want to surpass violence – we have to surpass that “naturalness” with which we accept weapons.  I think that many people don’t consider this issue because we are “used” to having a police force, to there being guns, rifles, tanks, bombs… but what does a weapon mean?  It’s is symbol of our incapacity to reconcile, to understand and resolve our conflicts non-violently.  Whether it be between States or individuals, when do you go for your guns?  When you want revenge, when you want to conquer something, when you don’t get what you want, when you confront others and don’t know how to resolve the problem without violence.  In this case, as in others, technology continues to advance rapidly but our conduct is still prehistoric, no?

On the other hand, in addition to the deaths and suffering that all of this implies, the budget is incredible: in 2015 alone 1.7 trillion dollars were spent on military weapons.  What is amazing is to know that with this money from one year we could build 150 hospitals every day with qualified personal to run them and the best technology.  In other words, the arms trade prevents us from resolving the really urgent problems: hunger, education, wellbeing, unemployment, the lack of democracy, the development of a truly human culture on the planet.  All of this is held back by this violent culture.  And the only response can come from ordinary people.  We can’t wait for solutions from anyone else. 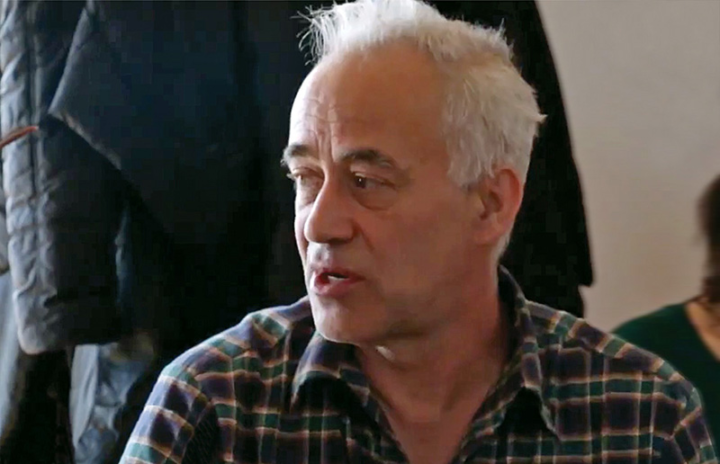 You mean that we must raise awareness of what is happening and take charge?

This is the campaign’s aim: to create awareness of weapons violence in our world today and invite individuals and groups to make a contribution, to lift up their voices and recognise that in other parts of the world there are many others just like them.  Why do people think that they are the only ones who think this way?  We are millions!  We need to express this profound aspiration that we have, to express ourselves with the best feelings, and let others know about it.  And therefore maybe with this connection, with this common action, with this campaign, we will make the powerful see that “there is a strong opposition of people everywhere, in all countries, in all languages, who don’t accept the concept of violence”.  We can all participate: child, teenager, old person, woman, man, group, party, movement… We can all participate.

And how can people do that?

The proposal is two-sided.  The first part is very easy: you take a poem that you like – be it yours or anyone else’s – you put yourself in front of a violent location in your country – a weapons factory, a military statue, a police station, or whatever – and you read the poem while a friend films you with their phone, for example.  Then you go to the campaign website and follow the instructions to upload the video.  It’s very easy.  When you’ve done it, a point on the map will appear with your contribution.

The second part is to spread the campaign to your friends, neighbours, family, social networks, your school or work place, on the radio or in the newspapers.  Take a look at the video that we have in several languages.  You can share it on social networks, on your youtube channel, on your blog, or website or ask someone else to show it on their show or TV programme… We need to spread the campaign and also the number of people who are participating.

And can it be something other than a poem?

Yes!  The field of poetry is very large.  It could be a text, but also a song, a dance, something that you want to do with cards, a collective representation with many friends… Whatever you can think of and that you like.  What matters is that we break the isolation in which millions of us find ourselves in and instead build a choir of millions of voices, a choir that sings with strength for the overcoming of violence.  Increasingly louder and further until they hear us.

To take part in the campaign: http://www.poetry-against-arms.world/en/