23 October 2022, Quezon City.  Paints containing lead above the legal limit continue to be exported from China and Thailand to the Philippines despite a national ban on such paints to protect children, women and workers from the harmful effects of lead exposure.

According to the report “Imported Lead-Containing Spray Paints Sold in the Philippine Market,” 85 of the 100 paints bought by the EcoWaste Coalition from retailers and sent to a private laboratory for analysis contained lead above the maximum limit of 90 parts per million (ppm).

Co-published by the EcoWaste Coalition and the International Pollutants Elimination Network (IPEN), the report was released today in time for the 10th International Lead Poisoning Prevention Week to draw attention to the urgency of adopting additional measures to fully enforce the national ban on lead, a potent neurotoxin, in the manufacture, importation, distribution and sale of all paints and similar surface coatings.

“Despite the ban, imported lead-containing spray paints are still able to enter our ports and sold with impunity,” said Aileen Lucero, National Coordinator, EcoWaste Coalition.  “This illegal trade infringes on our right to a clean, healthy and sustainable environment, a human right recognized by the UN General Assembly last July.”

“This situation should prompt the authorities to ramp up new initiatives to enforce the ban on lead paints, including nominating lead chromates, the most common lead-based paint pigments, for listing under the Rotterdam Convention in order to control the entry of such raw materials and the finished paint products containing them,” said Manny Calonzo, Adviser, EcoWaste Coalition.

“Lead-induced disorders on children’s brains are lifelong and irreversible. While often overlooked, these adverse neurological impairments can reduce a child’s intelligence, contribute to a child’s low performance in school, increase impulses towards violent and anti-social behavior, and may increase a child’s likelihood of incarceration later in life. If this continues unabated, a large population of young Filipino children with diminished life prospects imposes severe burdens on the country’s overall health and well-being,” said Jeiel Guarino, International Lead Paint Elimination Campaigner, IPEN. 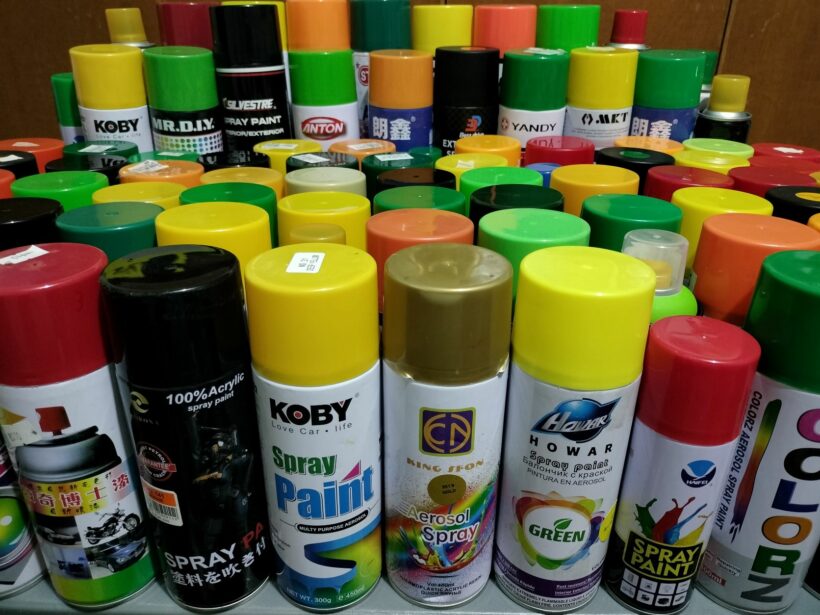 Thirty-seven of these 85 paints were imported from China and 11 from Thailand (34 paints did not indicate their country of manufacture on the label, while three had information written in foreign characters). None of these paints was produced or distributed by affiliates of the Philippine Association of Paint Manufacturers (PAPM).

The study also shows that yellow paints were the most hazardous with 31 of the 35 yellow-colored paints containing lead concentrations above 10,000 ppm, followed by green, red, and orange paints.

None of the analyzed paints indicated the presence of lead on the paint can labels to inform and forewarn consumers. Fourteen of the confirmed Korona and Sinag lead paints were misleadingly marked “lead free” or carried the “No Pb” pictogram (Pb is the symbol for lead from the Latin plumbum).

To uphold the national ban on lead paints, the EcoWaste Coalition and IPEN are urging the government to tighten customs checks for paint imports; order business establishments, including online shopping platforms, to discontinue selling lead-containing paints or face administrative and criminal sanctions; and impose fines and penalties against manufacturers, importers, distributors and retailers of leaded paints wrongfully labeled as “lead-free” in line with Republic Act 7394, or the Consumer Act of the Philippines.

The groups further ask stakeholders from the government, business and industry, health care sector, academia, and civil society to actively support policies and programs that will contribute to reduced children’s, women’s, and workers’ exposure to lead from lead-containing paint, dust, and soil towards a lead-safe future for all.