A cocktail of three chemical compounds was key to getting mature cells to make embryonic and supportive tissues.

A team of Chinese biologists has developed an alternative method to the natural way of creating life, which relies on the use of mature stem cells, without the union of a sperm and an egg.

After 20 years of studying stem cell treatment using different chemical agents, the researchers found three molecules capable of chemically inducing the function of creating a new organism. Mouse cells processed with this cocktail gained the properties of totipotency – the ability to direct the entire development of an organism – that normally only zygotes, cells resulting from the union of two sex cells, have. 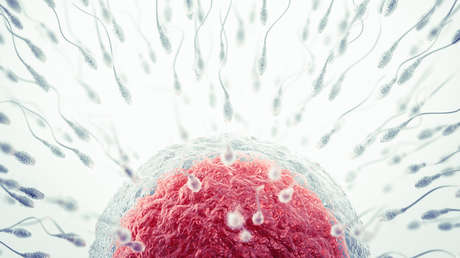 Two sperm fertilise one egg at a time and semi-identical twins are born.

The “potential for differentiation of the resulting cells” in the lab creates a stable system “for subsequent researchers to demystify the creation of life,” the researchers said in a statement released by Beijing-based Tsinghua University.

According to the authors, the study opens up enormous opportunities: for example, scientists can manipulate totipotent cells to better understand the complex process of the beginning of life. “Certain cells will have to emerge at the right time and in the right place for life to occur,” said researcher Sheng Ding.

In the natural process, as soon as the first embryonic cell divides into two, the potential for differentiation to give rise to multiple tissues is rapidly lost, generating a complete organism as well as supporting tissues such as the yolk sac and placenta.

One of the biggest challenges for the study was to produce both embryonic and extraembryonic cells. The team achieved this in vitro and by injecting the resulting cells into early mouse embryos. It is precisely the ability to produce both kinds of cells that makes them totipotent, the scientists explain in a paper published this week.