The researchers plan to miniaturise the equipment, which currently weighs around 18 kilograms, as well as protect the electronic circuits against the effects of solar radiation and microgravity.

NASA researchers, in collaboration with Torch Technologies and Aeva Inc, have developed a prototype backpack that will allow a real-time 3D map of the Moon’s surface to be generated, the US space agency said on Wednesday. 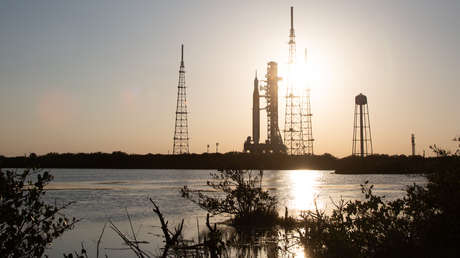 NASA’s Artemis 1 moon rocket returns to the assembly building due to technical problems in the liftoff dress rehearsal.

The technology is capable of providing radar-like Doppler velocity and range for the purpose of detecting millions of measurement points per second, which immediately form a real-time navigation system, allowing rovers to have a high-resolution map of the surrounding terrain.

A backpack to help astronauts on the Moon

“Basically, the sensor is a topographic tool for both navigation and scientific mapping, capable of creating centimetre-accurate, ultra-high-resolution 3D maps and giving them rich scientific context,” said Michael Zanetti, who is leading the KNACK project at NASA’s Marshall Space Flight Center.

He said the prototype will also “help ensure the safety of astronauts and rovers in a GPS-denied environment like the Moon by identifying real distances to distant landmarks and showing explorers in real time how far they have come and how far they have to go to reach their destination”. 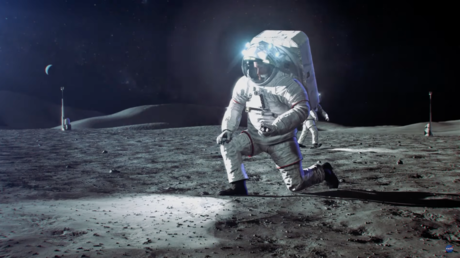 NASA tests spacesuits with new cooling system to save astronauts from lunar temperatures.

One of the challenges astronauts on NASA’s Artemis missions will face is that the Sun never rises more than three degrees above the lunar horizon, so much of the terrain is in total darkness. But this problem will be solved by LIDAR technology, which works even in twilight, so it will help free astronauts from carrying heavy lighting equipment when they are on the Moon.

The researchers plan to miniaturise the equipment, which currently weighs around 18 kilos, and to protect the electronic circuits against the effects of solar radiation and microgravity. According to Zanetti, thanks to the support of the project’s technology partners, the KNaCK “will be the size of a soda can and will be able to allow operations on the lunar surface like never before”.

The equipment was tested in November last year in Kilbourne Hole, an ancient volcanic crater located in the state of New Mexico, where NASA’s Solar System Exploration Research Virtual Institute (SSERVI) is located. Another KNaCK field test is planned for the end of April.