It was a cold Saturday evening in November when I was walking through my favourite food market. It seemed to be my lucky day today! When I approached the stall of my friend Antonio (name changed) where I usually get my fruits and vegetables every week, he even gave me an additional pumpkin, as he said, he would have to throw it away anyway due to Covid regulations. While I was leaving, I barely noticed Helene (name changed), a small, old woman that had approached the other side of the stall. Though she must have been very well aware of the fact that the food was still for sale, she had started to secretly put cauliflower into her bag – or, in other words, steal vegetables from Antonio. When he realized the missing cauliflowers and called on her to put it back, I took notice and turned around again. Though caught red handed, Helene just spitefully cursed and continued to grab a few carrots on the table as she saw that he could not leave the stall and prevent her from doing so. When rushing away, she bumped into me. At first, I thought I was in the wrong film. How could an old, innocently looking woman barely able to walk without a cane just be so rude? My second thought was why everyone else on the street passing by seemed pretty indifferent about that. Not one seemed to bother stopping her from stealing though everyone could hear loud and clear that my friend could not. Before I actually had finished to consider what consequences it may have to intervene, I found myself putting the vegetables out of her bag and back on the table.

At first, she was left speechless. Her facial expression seemed anything but amused when I told her that this was stealing per definition and that she could have my pumpkin instead of stealing from the very same person that had just given me a pumpkin for free. Before she could start protesting, I thrusted it into her hand – something she had not expected. Indeed, she did not know how to deal with that present and looked at me as if I was completely insane. Then, she, still confused, stumbled a few words that sounded a lot like “You are a damn witch!” and afterwards, embarrassed by the little crowd that had gathered around us, hastened off – not without angrily throwing vegetables on the ground.

When I, still angry, picked up a few carrots, Antonio stopped me and told me to not worry about her. He knew about Helene already. Both her husband and son had died in a car accident a few years ago. Since then, she had turned bitter and harsh. This may not excuse stealing, I thought, but made me almost feel sorry for her. However, does it justify the failure to act of others passing by? No.

Do not look away

Who does not know a similar story when people, maybe sometimes including oneself, simply choose to look away similarly to the bypassers? The context of `looking away´ itself may vary a lot though. Generally, looking away means not to act in situation when your action is needed. On one hand, one can ´look away` when one turns blind and deaf towards problems surrounding us. By ignoring the neighbour´s wife, for instance, whose bruises all over the body could tell a very different story than the family idyl may convey – if one just asked her. Nobody demands to physically protect her from her probably abusive husband, but what does it cost to start asking questions and checking on her? In the same way many people probably may not feel deeply concerned when a home- and pretty helpless person on the street is beaten up by a drunken teenager, for instance. Nobody advises to directly step in, but what does it cost to call the police? Relatively little, if you consider the pangs of remorse in case that person died because of internal bleeding afterwards. Does the worst case have to happen before we start feeling a bit more responsible? 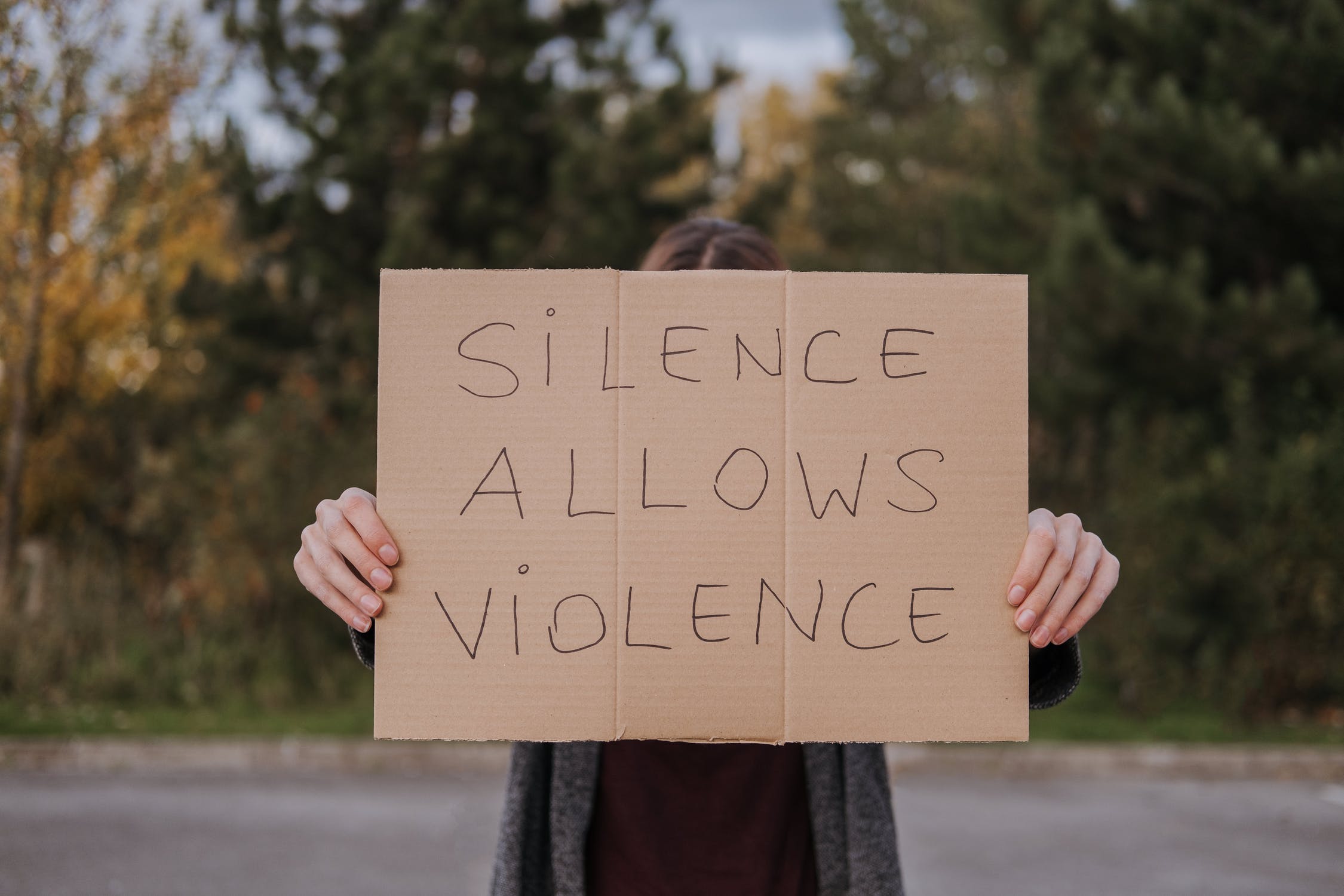 An extreme example for nonaction that had terrible consequences is the story of Catherine `Kitty´ Genovese who has gained notoriety. After having been robbed and raped, the woman was stabbed to death outside of her apartment building in Queens, NYC, in 1964 while several people watched or listened without intervening.¹
A very different context to `look away´ with not less severe consequences concerns political topics. Is it not high time to meet one´s social responsibility regarding climate change? One must simply not continue to look away and compromise on climate agendas for the sake of economic benefits – there is simply no time for that anymore; not that we ever had time for that! How about the responsibility towards economically disadvantaged groups/countries? I dare arguing that the business plans of certain MNCs would drastically change in case certain people would wake up as mere labourers within the `dormitory labour regime´ one day.
`Looking away´ can take versatile forms. The actually interesting question is why we still do it. Why do we often not step up or in when we are actually very well aware of what is going on?

On one hand, predominantly creating the world through our very subjective ´lenses` may render us deaf and blind towards or even uninterested in the consequences of our failure to act that do not concern ourselves directly. How many of the people at the farmer´s market, for instance, passing by were realizing what was going on and did not intervene for exactly that reason? How many of them may have decided to not step in after having been confronted with actually very self-centred questions like “Is this really my business?”, “Do I really have time for this?” or, even more crucial, “What do I gain from this?”? Who knows whether I would have stepped in if I had not known Antonio? All of us surely catch themselves every now and then thinking exactly those thoughts.
What however does an attitude like this inherently imply about the underlying principles in the first place? Should our actions not rather be guided by what we believe is right than by self-centred priorities? This does not automatically imply that one should not act wisely – in the end, it does not help anyone if you put others or yourself in unnecessary danger. It shall rather remind to feel a bit more responsible for what is happening around us instead of disinterestedly autopiloting or selfishly cherry-picking through life – something all of us, if we honestly reflect, do to a certain extent.

Another reason why people may ´look away` seems very relatable: fear. Fear to lose one´s good reputation by protecting a classmate from bullies in school, for instance – a fear many students may know far too well. But, does it justify not to step in? This fear seems pretty unreasonable if you place yourself in the position of the person in need, does it not? Or, for example, the fear to suffer severe punishment when investigating and publishing on delicate topics – a fear many journalists and human rights activists face daily. Though this type of fear sadly still proves very reasonable in the 21st century, it should never stop people from doing what they have to do. Or the fear to face harassment or even physical injuries when stepping up for minorities like LGBTs, religious communities or refugees – a fear that should be completely unnecessary in the first place but is sadly still pretty real in many cases. 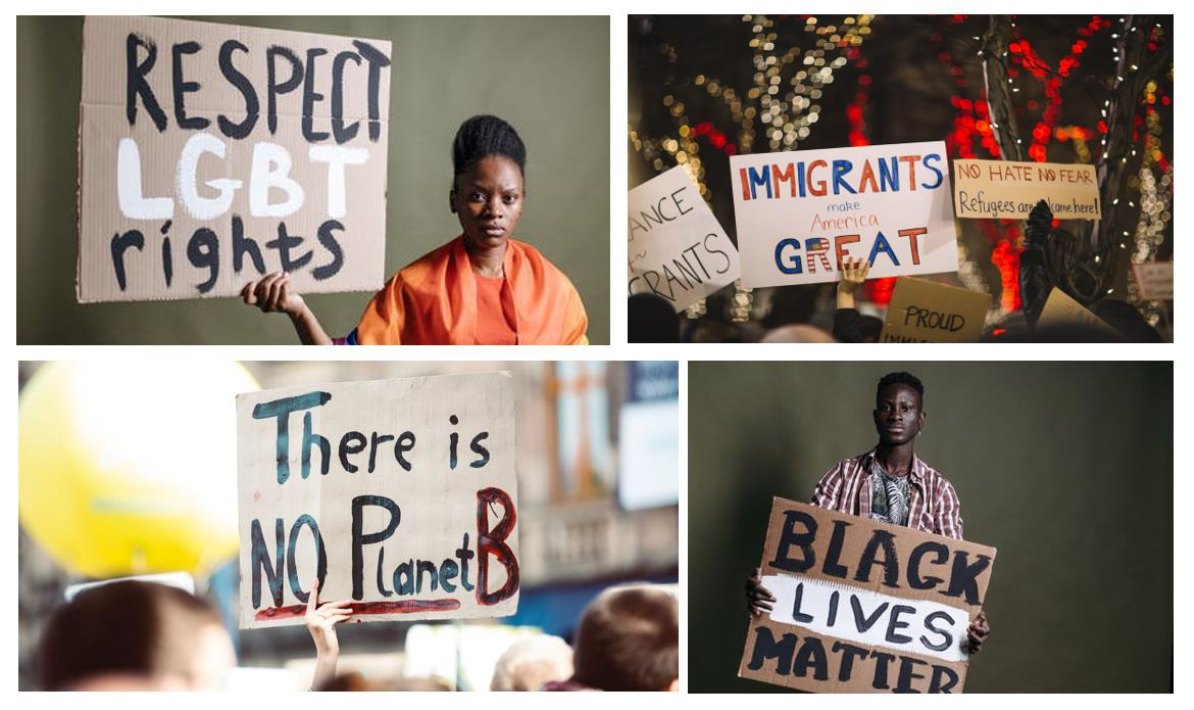 Some fears may be reasonable – however, many are actually not. The worst thing one can do is to get paralyzed by fear and hence, silently give in to certain ideals one may ironically disapprove of. Let us focus on a rather extreme example and ask ourselves how far can one for instance blame people for not standing up to prevent systems like the Nazi-regime from “happening”? How far did one not want to ask questions when people started disappearing, when concentration camps were erected or resistance fighters like Sophie Scholl murdered? Can one simply wash one´s hands clean by not wanting to know so that one does not need to act? Or by not wanting to believe and hence act – for fear? Can one simply pass on the responsibility to the mysterious ´others` with questions like “What does this concern me (or my country)?”? Surely not. Let´s all keep in mind that our actions as well as the actions that we decide not to take have consequences – maybe even more severe ones than we may expect in the first place.
Where could you silently be confirming or even compromising principles without maybe realizing it in the first place? Whatever it is, step up! Step in, for instance, and join that climate protest! Sign that petition for fairer wages finally! Be aware of your personal surrounding – and act when needed! Time is running – so whatever it is, get started!