The country is literally bleeding to death from its prisons, the place where the state and society hide their injustices and indifference to them; the place where the immiserated are confined, those who have been deprived of a future and even worse, of hope. With the pandemic, inequalities, injustices and indifference seem to have increased, despite what was expected, given that humanity was confronted with its biological destitution. On the contrary, the economic and political powers took advantage of the health tragedy to get even richer, to suck like hungry predators the few resources left to the people, historically hit by the voracity of capital’s mandate to accumulate value at the cost of the lives of human beings and the rest of nature.

As Marx already said, the bourgeoisie has mercilessly torn apart all links between human beings in order to erect as the only reigning relationship the cold selfish calculation of mercantile interest, “It has made the dignity of the person a mere exchange value”. Justice, solidarity, decency, empathy, honesty, in short ethics today appear as “the darkest of conspiracies” that threaten the order of plunder, depredation and capitalist profit.

When the people explode in indignation, tired of so much corruption of power, as happened in October 2019 in Ecuador and in several Latin American countries, they are immediately accused of terrorist conspiracy against the sacred Real Politik of immoral, mafia-like and criminal profit that dominates the global economic system.

No one can even dare to question the inexorable march of capital, even if it destroys social and natural life. The national media, in a conspiratorial fashion, are against the terrorism of the hooligan peoples, while they pander to the blatant robbery of the bourgeoisie, as they do today with the leaks of the Pandora’s Papers.

How many Ecuadorians are confined in the warehouses of disgrace called prisons, most of them for having tried to survive the misery to which they are condemned by the accumulation and concentration of social wealth in the few hands of the rich; for being the cheapest labour force for micro-trafficking, to which they have been thrown by the state’s own indifference.

While those who evade taxes and plunder the wealth of the whole society are governing and talking about honesty, justice and encounter. Those who for stealing to eat go to jail and are singled out, accused and condemned by the whole of society, which looks the other way when it knows that they have been massacred by the mafias of illegal capital, are the victims of those who not only profit from the savings of depositors, but also evade the taxes they have to pay to the state.

According to leaks, Mr. Lasso, the president of Ecuador, who speaks of honesty and justice, has resorted to 14 opaque financial companies in Panama to evade taxes. He shamelessly says that those who have more should pay more, when he, as a good financial entrepreneur, has evaded the taxes he had to pay. He always talks about how he started working at the age of 14 and through his hard work became a successful banker, but he never told us that without paying taxes and cheating society. How can such a person claim to have a trustworthy voice and talk about honesty? Only in the world ethically devastated by capitalist profit and even more so by the profit of finance-finance capital.

This history of plunder is not new, it is old, known and covered up by laws, by pacts, by intentional omissions. The state is nothing other than the perverted institution that guarantees the permanent and systematic theft of social wealth, and governments are the groups that carry out this theft in complicity with corrupt companies.

The question is obvious: who really are the criminals? 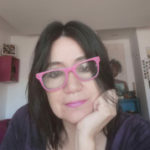