Ever since the Brexit referendum, three years ago, hundreds of hours have been spent in the House of Commons discussing about a Brexit solution. The British political system seems now to have been overwhelmed by the matter.

A snap election called in 2017 not only did it fail to strengthen the government’s grip on Parliament, but it is the very reason why a even weaker majority could not push the May’s deal through. Two PMs have already resigned over the last three years and Boris Johnson, who is leading a minority government, has become the first Prime Minister loosing his first four votes in the Commons.

The Conservative Party is split and led by a group of extremists, or people who pretend to be so just to get some power. The Labour Party is blocked in a We-Don’t-Know-What-To-Do mood, trying to please both Leavers and Remainers by shifting the focus towards other matters.
As the United Kingdom’s institutions themselves seem to be under attack, in a matter of weeks another General Election might be called to renew the parliamentary groups. MPs have already voted about Brexit multiple times, though. In fact, the House of Commons rejected literally every scenario: May’s deal, no-deal, revoking A50 and any other possible alternative.
It is time for the United Kingdom to realise that Parliament is stuck in deadlock – this is why the country needs a new referendum.

British people should have the chance to choose either the May’s deal or to revoke A50 (remaining in the EU). In fact, it’s already been made clear on the other side of the Channel that the agreement negotiated over the last three years (which includes the backstop) is the only deal possible. For too long Britons have struggled with their domestic problems and forgotten they had to deal with a counterpart.
Now it’s time to go back to the people and let them decide. 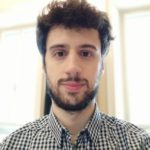