It is June 6 1969 and Spain is living through the final years of Franco’s dictatorship. At a clinic in Madrid, a woman gives birth to a baby girl she will never see again. Little is known about what happened to that mother – but almost 50 years later, her daughter Inés Madrigal has just given evidence in a shocking trial.

In the dock was Dr Eduardo Vela, an 85-year-old former gynaecologist accused of stealing Inés from her biological mother. Vela is alleged to have given the baby as a “gift” to a couple, the Madrigals, who were unable to have their own children. He denies the charges.

Despite the cinematic plot, this is not an isolated case. A network of baby trafficking is believed to have involved a vast network of doctors, nurses, nuns and priests. Although there is no official figure, the SOS Stolen Babies association estimates that as many as 300,000 babies were taken from their parents in Spain between 1939 and the 1990s. 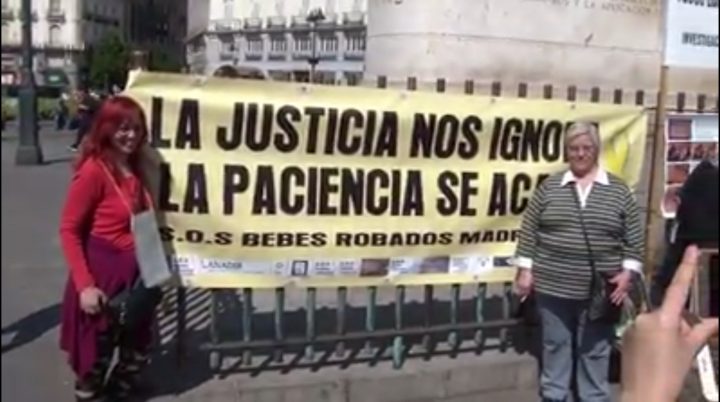 Now 49, Inés Madrigal works for the association and is the first “stolen baby” to successfully take an alleged perpetrator of one of these crimes to court.

The roots of these crimes date back from the origins of Francoism when Spanish fascists were trying to prove eugenic theories of dissidents’ mental inferiority. It was a thesis defended by the military psychiatrist Antonio Vallejo-Nágera – aka “the Spanish Mengele” – who led Franco’s office of psychological research. He argued that political beliefs promoted in left-wing families could “intoxicate” children and “damage the mental health of future generations”.

Vallejo-Nágera also believed that women had an “atrophied intelligence” and their sole life purpose was to procreate. This ideological context helps explain the profile of the “adopters” of the stolen babies – affluent married women raised in a Catholic country who were unable to have children of their own. Social pressure was extreme (male sterility wasn’t even considered back then) and having children equated to fulfilling their role in a devoutly Christian society.

Yet what started as an ideologically driven plan to purge Spain of an inferior race (the Marxists) turned into a lucrative business. Newborn children were taken away from their mothers without consent. They were told the child was born dead or had died soon after.

Most of the time, children would be registered as the biological child of the adopting family, who would pay large sums of money for them. (Some adopting families were also deceived and believed they were legally adopting children in need of a home.)

These acts represent one of the darkest chapters of Franco’s dictatorship. But its ideological roots share similarities with cases in Latin America in the 1970s and 1980s, when children of dissidents (prisoners, murdered or “disappeared” people), were given to supporters of the regimes in Argentina, Chile and Uruguay.

But, as with many other originally Francoist crimes, in Spain the illicit network outlived the authoritarian regime. After Franco’s death in 1975, many perpetrators are believed to have continued their practices during Spanish democracy in the 1980s and 1990s. 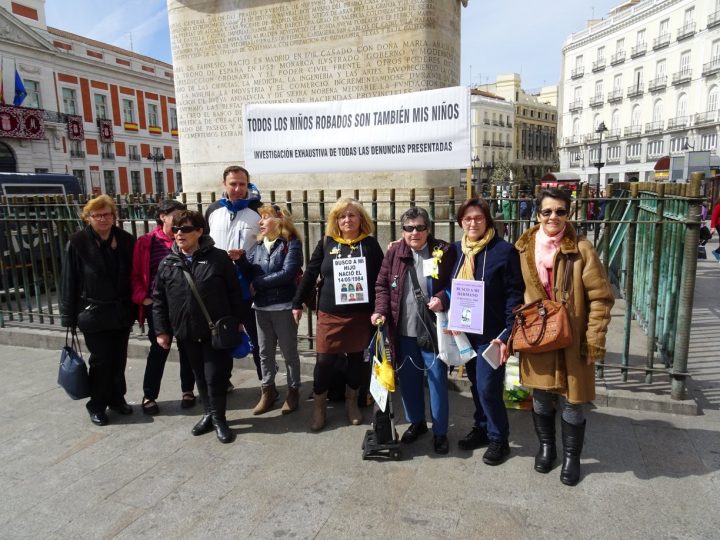 Among the many problems victims face, the lack of institutional support in Spain is probably one of the most serious. Evidence of the extent of the network is still unclear, and the Spanish Catholic church has so far denied access to its files.

Earlier suspicions over the scandal were previously never taken forward and police dropped the cases given the repercussions and the people involved: politicians, lawyers, doctors – a sinister network of crime. But despite recent public promises very little has been done to support the cause.

Something as simple as a DNA database to help clarify heritage is still overdue in Spain. The lack of documentary evidence and the statute of limitations has resulted in most of the cases being shelved.

Campaigners say at least 2,000 complaints have been filed, but none has gone to trial. But the presence of Vela in court in June 2018 marks a milestone in Spanish justice. Many of the “frozen” cases now could stand another chance. For Vela, prosecutors are seeking an 11-year jail term for unlawful detention of a minor, falsifying official documents and certifying a non-existent birth. A date for the verdict has not been set.

So far, the only person convicted in relation to these cases is Ascensión López – herself one of the alleged “stolen babies” – who was prosecuted for slandering a nun. A court ruled she had wrongly accused the nun of taking her from her biological mother and handing her to ageing adoptive parents in 1962.

The newly established Spanish socialist government has promised to create an “attention plan” for victims of the stolen babies. Yet it is just one element of Spain’s recent history which many are now seeking to tackle.

The proposed exhumation of Franco’s remains from the Valley of the Fallen as one of their first gestures seems to show an intention to address difficult elements of the country’s past. But it remains to be seen whether this is just a gesture – or the beginning of a long neglected policy on righting historical wrongs.