Federal officials say 711 immigrant children remain separated and in U.S. custody, after the Trump administration missed a court-imposed deadline to reunite all 2,500 families separated at the U.S.-Mexico border.

Government lawyers claim the 711 children are “not eligible for reunification.” More than 430 of them have parents who have already been deported from the U.S.

In response, ACLU lawyer Lee Gelernt said in a statement, “We’re thrilled for the families who are finally reunited, but many more remain separated. The Trump administration is trying to sweep them under the rug by unilaterally picking and choosing who is eligible for reunification.”

This comes amid nationwide protests against Trump’s “zero tolerance” immigration policies. In Louisville, Kentucky, police arrested nine activists Thursday as they nonviolently locked themselves together to block elevators inside an immigration court building. In Washington, D.C., scores of activists, led by children, held a sit-in protest against family separations in the Hart Senate Office Building. The children wore T-shirts emblazoned with the phrase “I am a child”—evoking the “I am a man” protests led by Dr. Martin Luther King Jr. 50 years ago. 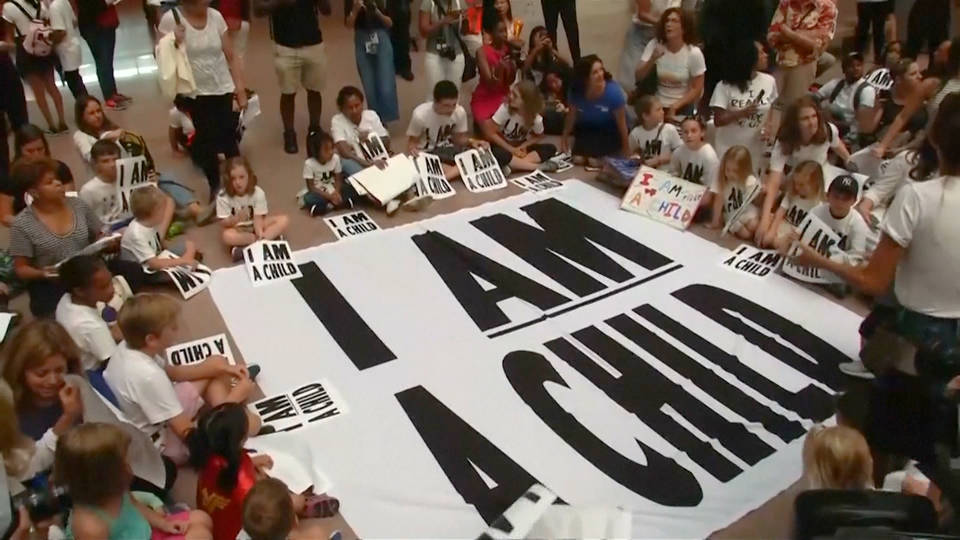