“Who here is going to vote in the 2018 election? If you listen real close, you can hear the people in power shaking.”

Taking the stage on the National Mall in Washington, D.C. on Saturday, high school student David Hogg offered hundreds of thousands of audience members a visual representation of his reasons for helping to organize the March for Our Lives, a worldwide gun control advocacy demonstration.

“I’m going to start off by putting this price tag right here as a reminder for you guys to know how much Marco Rubio took for every student’s life in Florida,” Hogg said, placing a price tag reading “$1.05” on the podium.

SSen. Marco Rubio (R-Fla.) has received $3,303,355 from the National Rifle Association (NRA). Because the #NeverAgain movement has found that there are 3,140,167 children enrolled in Florida’s schools, Hogg reasoned, each child’s life is worth approximately one dollar to the senator. 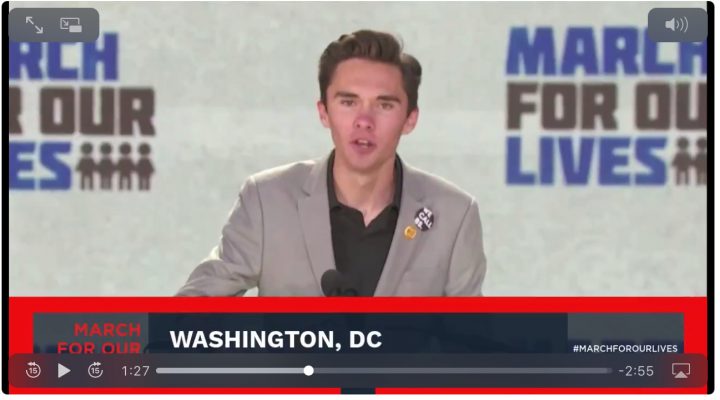 The student was one of several speakers at the march from Marjory Stoneman Douglas High School in Parkland, Fla., where 14 of Hogg’s classmates and three staff members were killed in a mass shooting on February 14.

After reading the names of the victims, Emma Gonzalez, who has been a prominent voice in the school community’s calls for common-sense gun control reforms in recent weeks, stood silently for six minutes and 20 seconds to signify the amount of time it took for a gunman with an AR-15 to kill the 17 people. 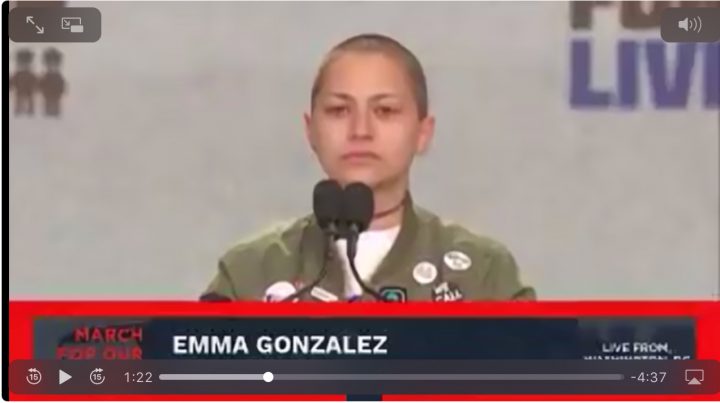 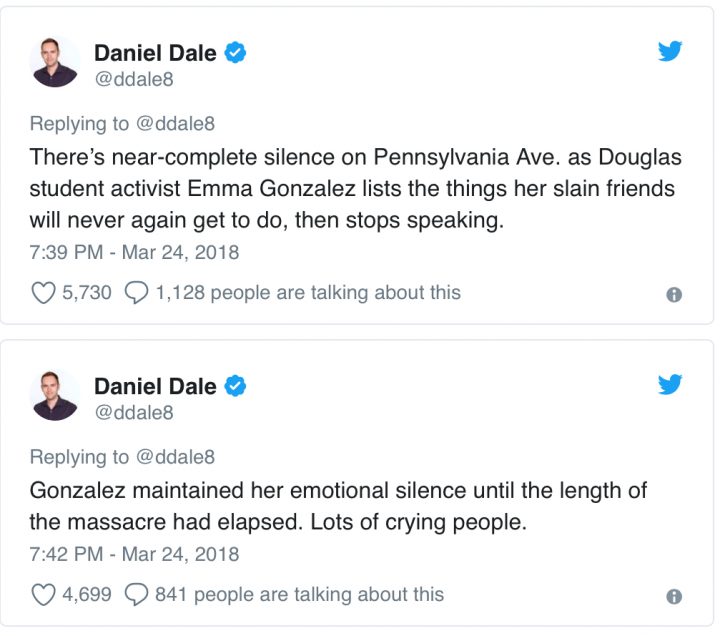 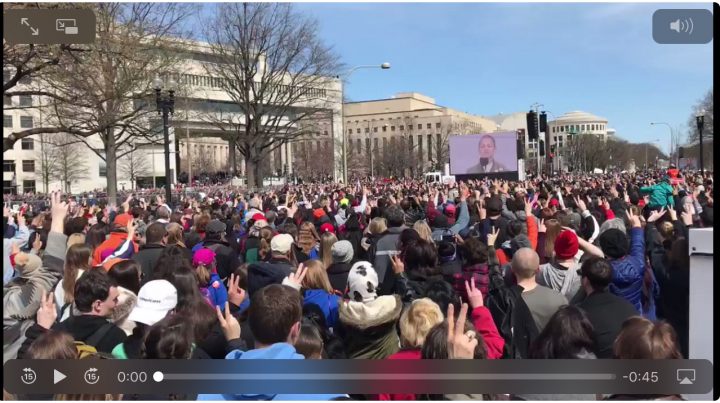 Prior to the students’ speeches, hundreds of thousands of Americans marched through the city, many carrying signs reading “Never Again” and chanting “Enough is enough!” 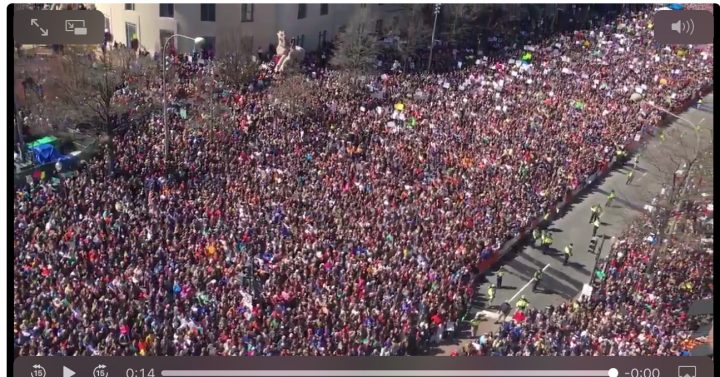 By 1:00pm in Washington, more than 207,000 people had ridden the city’s Metro—more than three times the average number of Saturday riders.

“Sibling marches” both large and small took place in cities across the country. 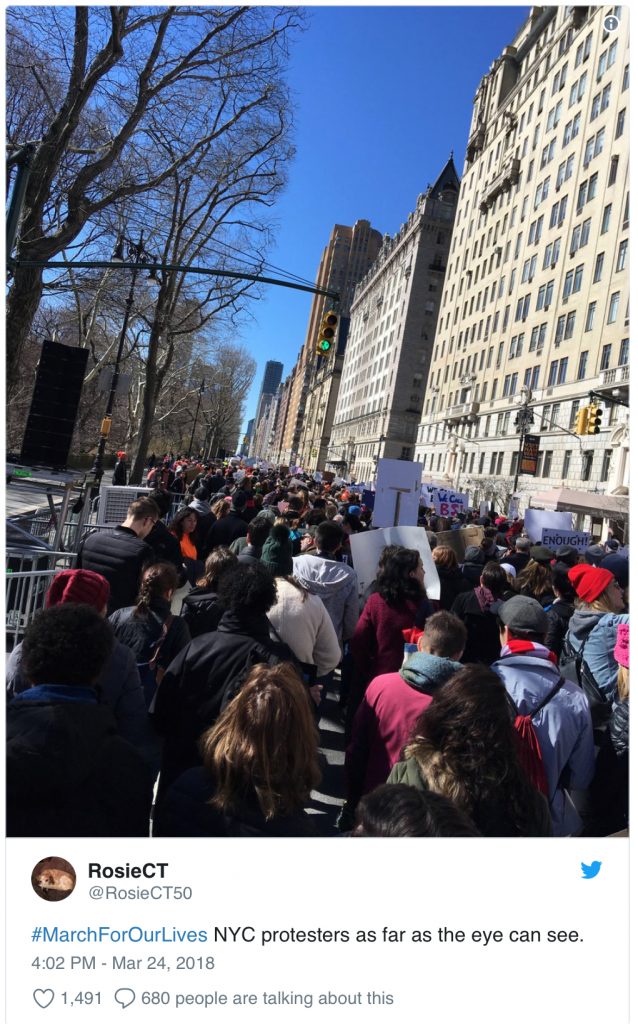 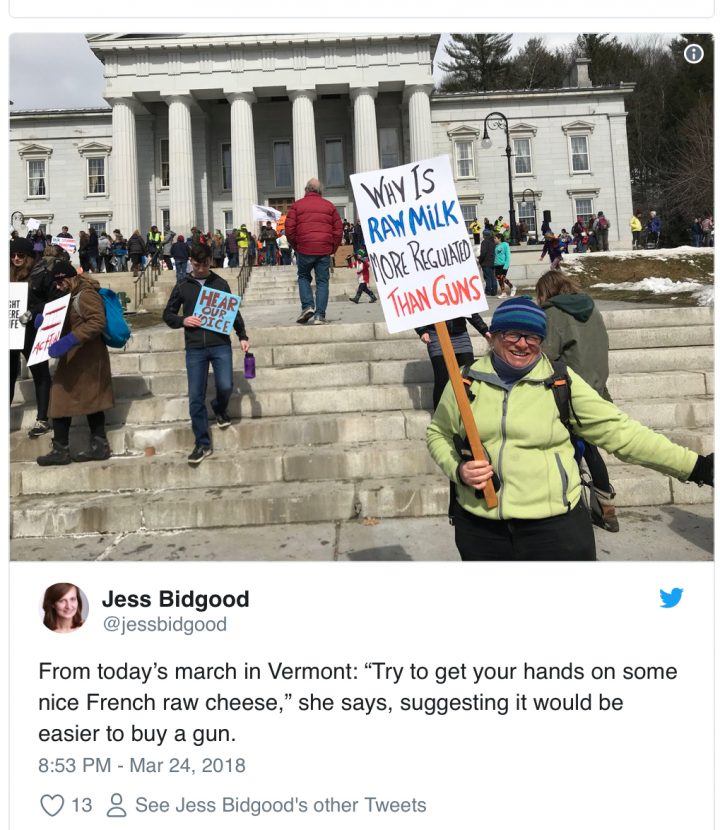 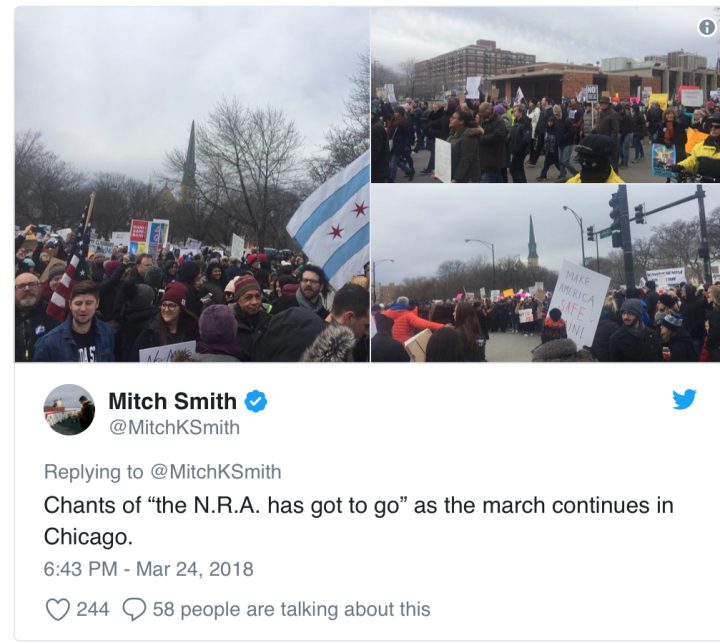 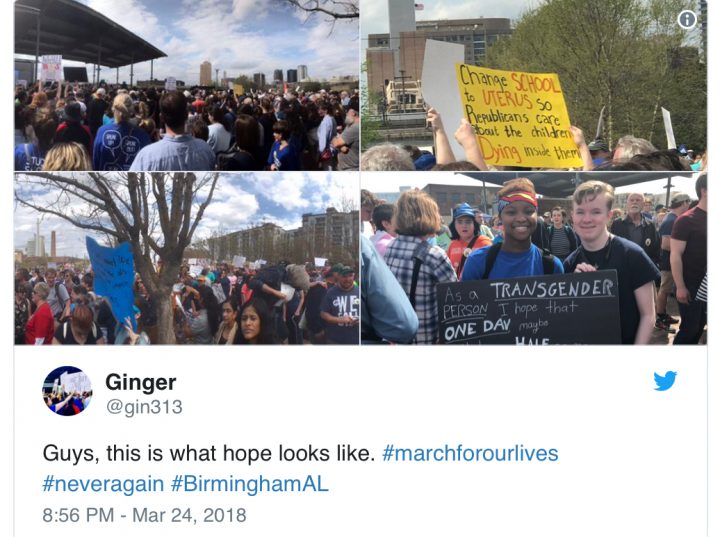 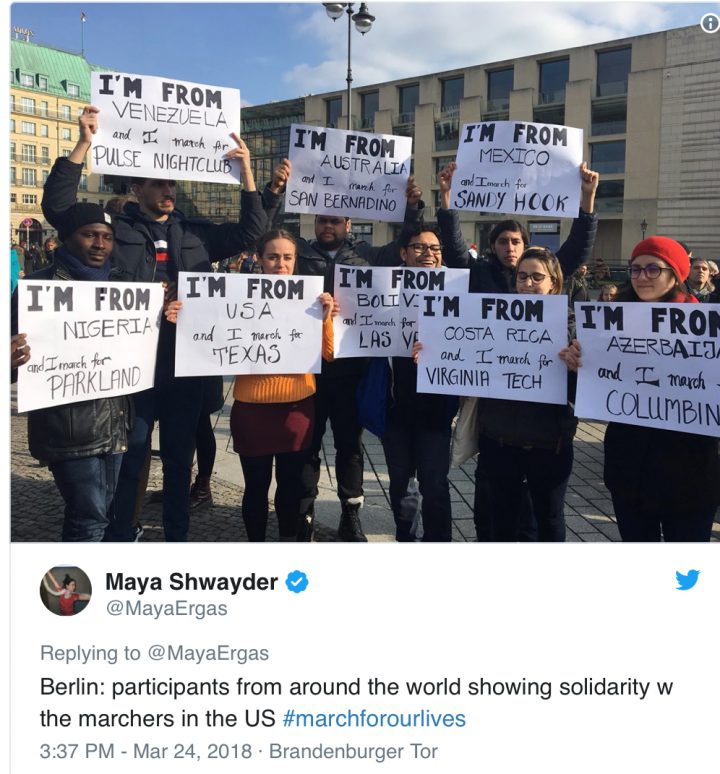 On every continent except Antarctica, supporters—many from countries that have had strict regulations on gun ownership for decades—staged protests in solidarity with American students. 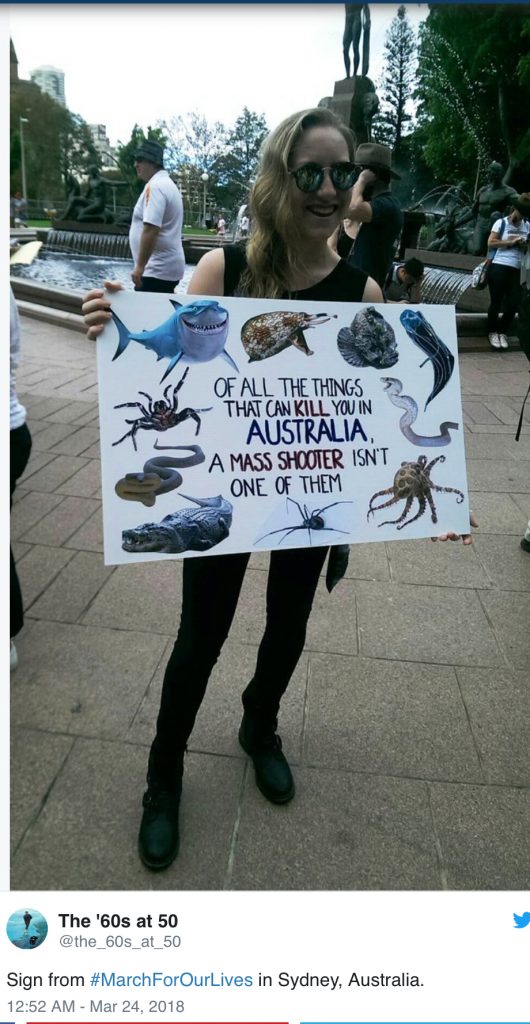 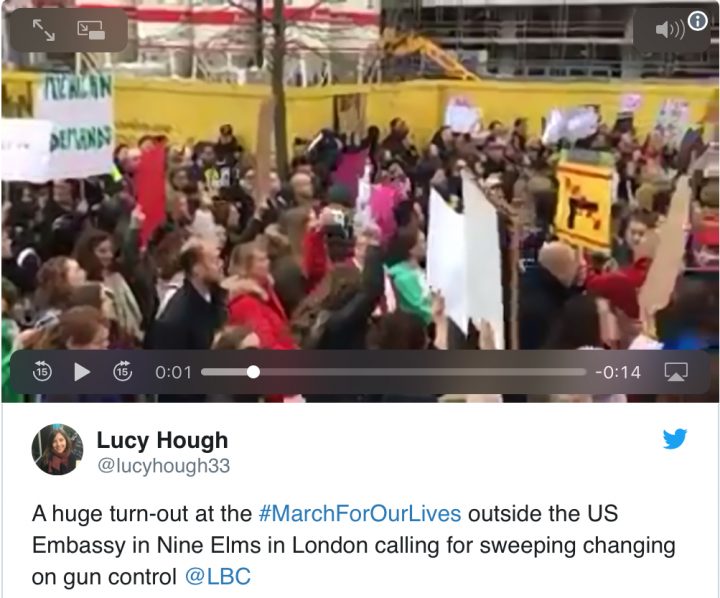 In Washington, D.C., Hogg alluded to the fact, often-repeated by the #NeverAgain movement, that many of the students who survived the Parkland shooting will be voting for the first time in the 2018 or 2020 elections.

“Who here is going to vote in the 2018 election?” he asked the crowd. “If you listen real close, you can hear the people in power shaking.”

Categories: International, North America
Tags: March for our lives, US, US gun control