At noon on the 18th of August, a multitudinous gathering took place to mark one minute’s silence at the same place where 19 hours previously the terrible attack that ended 13 lives and injured a hundred more was committed.

To the shouts of “I’m not scared!” hundreds of people approached Barcelona’s Plaza Cataluña to show that the people of the region denounce these kinds of events and are ready to resist violence.

Barcelona is a welcoming city in which in February this year, 160,000 people went to the streets to demand the free circulation of people and the fulfilment of its commitments to welcome people.  It’s a diverse city in which dozens of cultures, beliefs and religions co-exist; from Latinos to people of the Maghreb, from Pakistanis to Sub-Saharan Africans, from Europeans to Chinese.  Barcelonans went to the street to demand this model of co-existence, to denounce violence and to support those affected by the attack.

Participating in the event were some of Spain’s most important authorities, King Felipe VI, Ada Colau, mayor of Barcelona, Carles Puigdemont, President of the local government, and Oriol Junqueras, the vice-president, together with Mariano Rajoy, the Spanish prime-minister, and deputy prime-minister, Soraya Sáenz.  It was a complementary event in which the common interest was primary.  Despite the differences that currently exist between the regional and national governments, there were no banners demanding any ideology and everyone was there in conciliatory attitude.  The security forces received great applause from those present for the way they acted and their dedication shown the previous day.

From the Pressenza bureau in Barcelona, we condemn any kind of violence, from the most brutal, like the attack that we experienced yesterday in Barcelona, to discrimination based on gender, culture or belief, social exclusion and economic violence.  We also want all those affected to know that we support them. 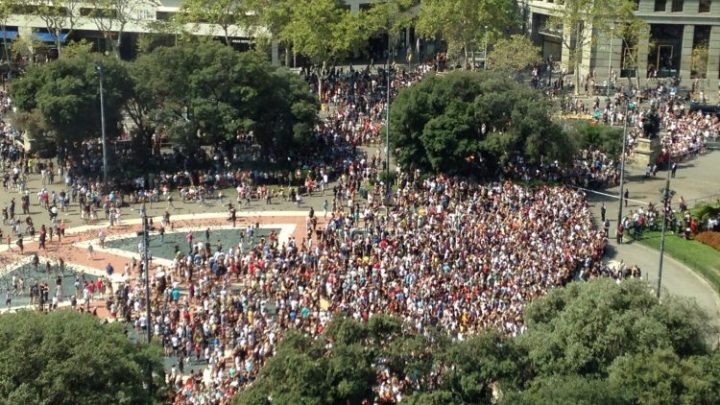 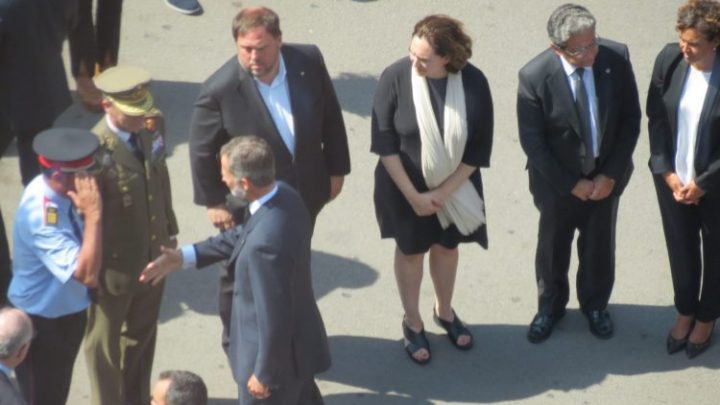 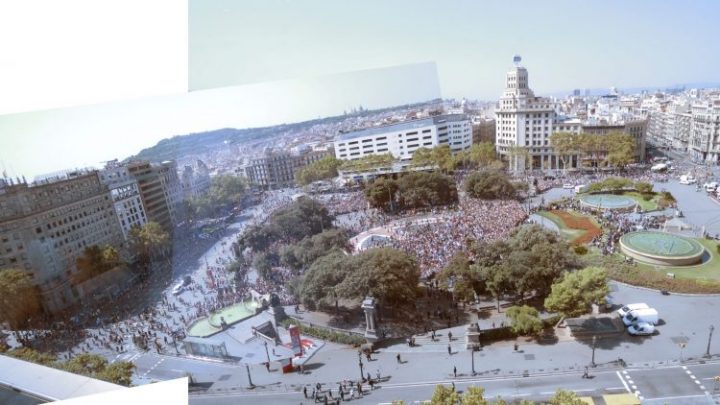 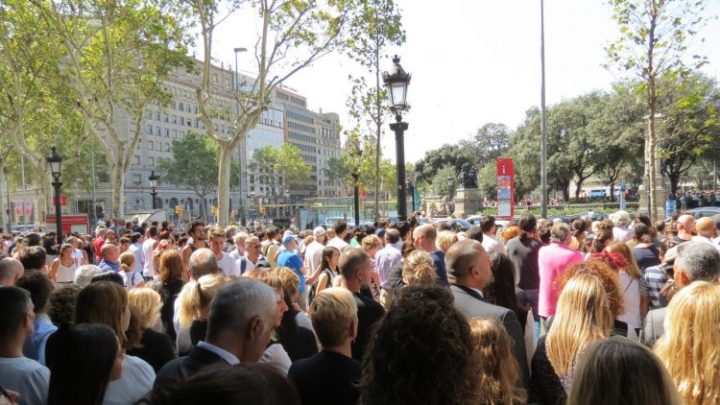