“It started raining as soon as people gathered, poured during the Women’s March to Ban the Bomb and the program outside the UN, then stopped raining, but only after it was all over! A good turnout for a rainy day, estimated about 1.000, including 50 Japanese” activist Ellen Thomas explains.

“The Hibakusha (atomic bomb survivors) spoke and delivered nearly 3 million signatures on a petition to the chief negotiator for the nuclear weapons ban treaty. There were three Women’s International League for Peace and Freedom banners in the march, and a lot of blue WILPF t-shirts. Veterans for Peace, Peace Action, drummers, Buddhists, nuns, and vibrant young activists had a soggy but wonderful time”.

The march was hosted by the Women’s International League for Peace and Freedom (WILPF) and supported by dozens of co-sponsor and partner organizations that are representative of peace, disarmament, women’s rights, indigenous, environmental, and human rights communities, among others.

Over 60 sister events took place in other cities across the United States and in Australia, Cameroon, Canada, Germany, Ghana, Italy, Japan, the Netherlands, Nigeria, New Zealand, Philippines, Switzerland, and the UK. 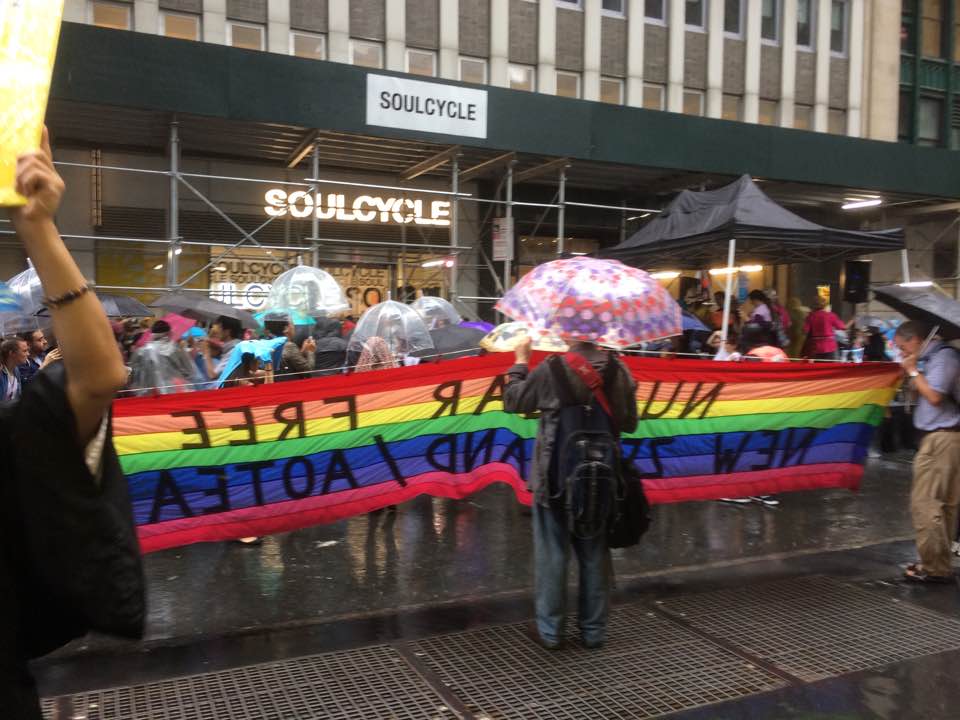 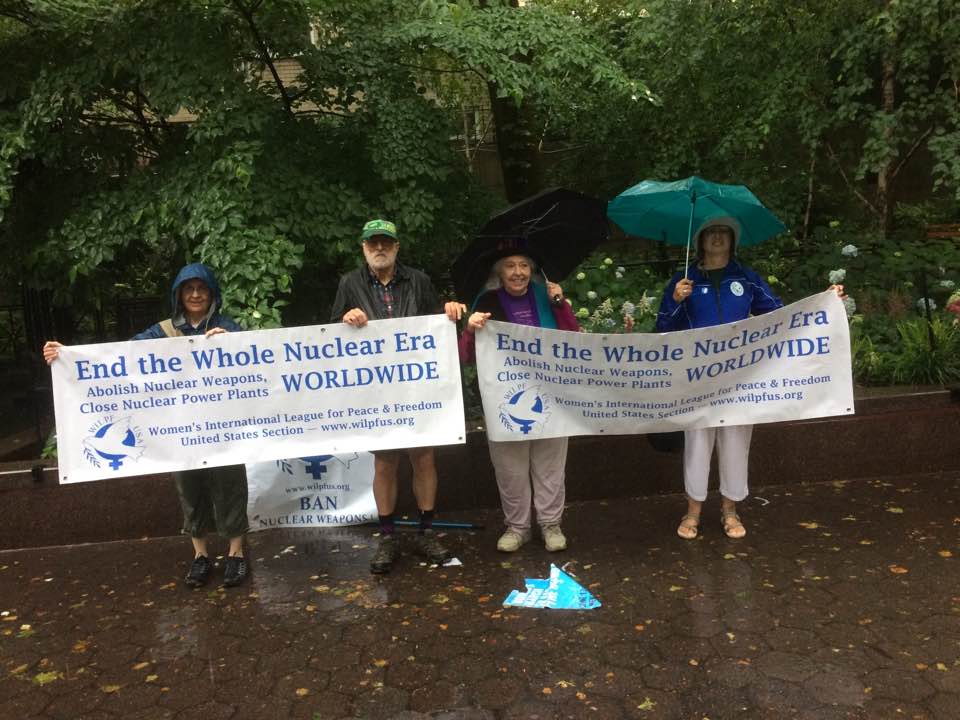