Even if in the Czech Republic people aren’t breathing the same crazy fascist air that is present in Hungary, the refugee crisis is heavy and suffocating. Small parties are taking advantage of the situation to make racist declarations in order to obtain approval looking ahead to the next elections. On social networks marauding groups (paid by someone) are manipulating information inciting hatred and fear. Even the President of the Republic, M. Zeman and ex-President Klaus known for his eccentricity, contribute with their declarations against the refugees coming from Syria and Africa in order to create a climate of fear, suspicion and closure.

Like something out of a Kafka story: so much fear and so much talking over the few dozen refugees that have requested asylum until now.

In this context, the rally that took place on the 21st of September, International Day of Peace, is of great importance. There were three stands in different squares of the city: one about the issue of refugees, one about war and the third one about development and cooperation: but more than this a tram – the Peace Tram – travelled throughout the city inviting people to get on board, to have a coffee and talk about the big problems that the world faces.

The rally ended with a “flash mob”: artists from different cultures improvised a concert in Wenceslas Square.
According to Tania Bednářová, from World without Wars, the refugee crisis will not be resolved until we stop the war in Syria, and for that the West must change its aggressive policy in the Middle East and Central Africa. 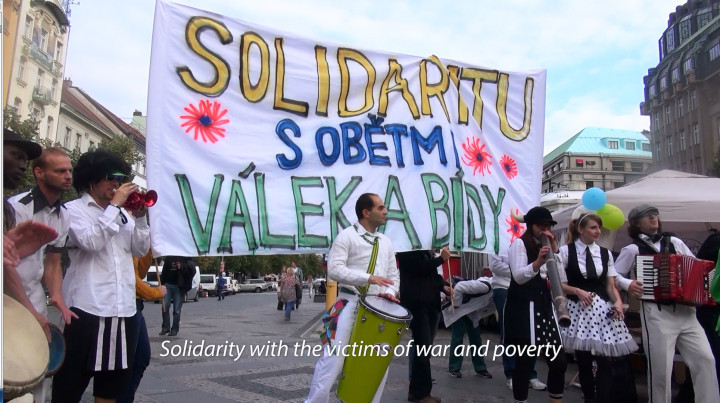 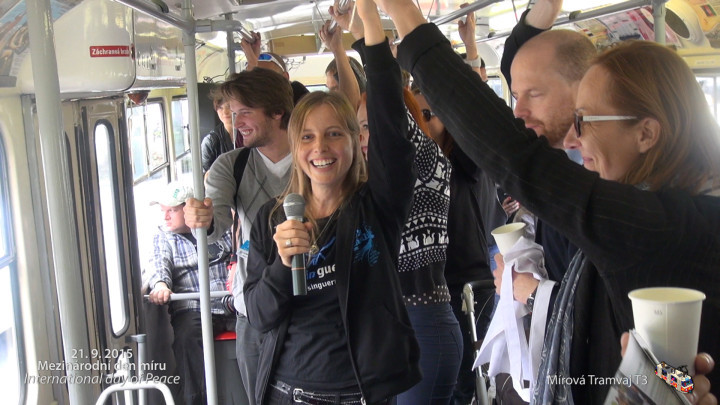