I live in Paris, more precisely in Seine-Saint-Denis in an adjacent suburb (you may know this area which is often talked about, as it “burns” regularly) and like all here, since the massacre that took place in the premises of Charlie Hebdo and events that continue today, I am stunned.

When I started to advocate nonviolence here over 25 years ago, I was told: “You’re exaggerating, the world is not as violent as you describe it.”

Then they said, “Yes it’s true, it would be nice to improve things a bit but how?”

And now I hear, “Is this not a utopia, wishing for a nonviolent world?”

It is true that we cannot behave “as if” but the question is “what to do? “Or, “how?” And we may end up overwhelmed by the magnitude of the task.

After the shootings in the offices of Charlie Hebdo, like many, I remained in shock and I wondered what to do.

So I went to a place where people were gathering in Paris in order to report to Pressenza readers a little story and witness the emotion and the desire of everyone to preserve the freedom of expression.

That night, I went around the thick of a crowd paying attention to preventing uncontrolled social unrest and anxious to avoid the confusion between terrorism and Islam.

I attended the rally in my town, put the candles on my window, etc …

Then, when the terrorist attacks continued the next two days, I refused to let myself be overwhelmed by the fear that was insidiously trying to convince me that the street has become dangerous.

And especially I refocused on the values ​​that guide my activism since its inception.

Indeed, universal humanism offers six points that seem more than ever necessary to become a reality:

– The human being as the central value and concern,

– Affirming the equality of all human beings,

– Recognition of personal and cultural diversity,

– The development of knowledge beyond what is accepted as the absolute truth,

– The affirmation of freedom of thought and belief,

– The rejection of all forms of violence.

To this I would add two principles of valid action that can help us question and reflect:

When you treat others as you would have them treat you, you liberate yourself.
It does not matter in which faction events have placed you: what matters is for you to comprehend that you have not chosen any faction. [1]
So I will not give up, because I know from experience that human beings are capable of taking care of each other and reject revenge.

And also because tolerance, brotherhood and cultural diversity should gain ground.

And finally, because if I want a nonviolent world I have the responsibility to set myself in motion and do my part in its construction.

Today it has been good to remind myself of this, as it was good to read a few words posted by a friend on his wall on a famous social network: “Liberate peace. It is in all of us, but for it to exist we must get her out, express, give, share it, make it shine. ”

Translated from the original in French

[1] Humanise the Earth, by Silo, Ch XIII, The Principles. www.silo.net 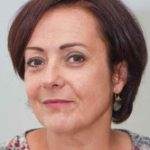